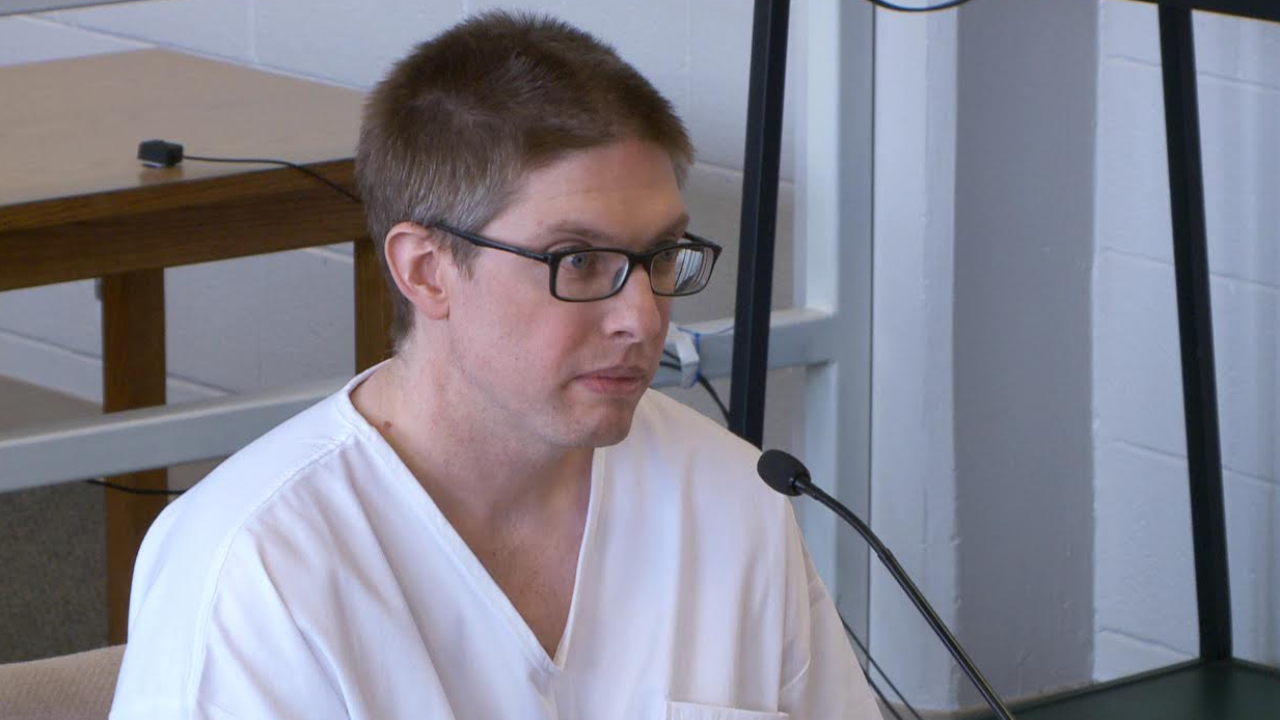 Stephen Niedzwiecki speaks at a parole board hearing at the Utah State Prison on April 14, 2015.

DRAPER, Utah -- A former Kaysville teacher convicted of having a sexual relationship with a student appeared before the state parole board.

Stephen Niedzwiecki, 35, had his first parole hearing on Tuesday since he was convicted on charges of unlawful sex with a minor. He admitted to carrying on a sexual relationship with a girl beginning in 2011 when she was 15 and he was her teacher.

"I started sexually abusing my victim that summer," he said. "Things continued for well over a year."

Niedzwiecki was a teacher and girl's basketball coach at Kaysville's Jefferson Academy. During his parole hearing, he suggested that the two were dating and claimed he had approached the girl's parents about it, as he befriended them after a divorce.

"It was a terrible mistake and it hurts me so much to think what I must have done to convince them that was OK," he said.

The victim's brother blasted him and said her family gave no permission. The victim herself, who is out of state attending college, sent a letter to the parole board saying he should not be released from prison.

"Teacher, mentor, coach, board member, priesthood holder," she wrote. "These are all positions of trust that he occupied."

The victim said she believed if Niedzwiecki were to be released, he would abuse others.

"I do not believe that Mr. Niedzwiecki is sorry for his crimes or the abuses he perpetrated on me," she wrote in the letter read aloud by her brother. "I believe he is sorry he got caught."

Niedzwiecki told the parole board he is "haunted" by his actions.

Clark Harms, a member of the Utah Board of Pardons & Parole, indicated that he was not likely to release Niedzwiecki anytime soon. He will be required to complete sex offender treatment before the parole board would consider releasing him, Harms said.

The parole board is expected to make a formal decision on whether to release Niedzwiecki sometime in the next few weeks.