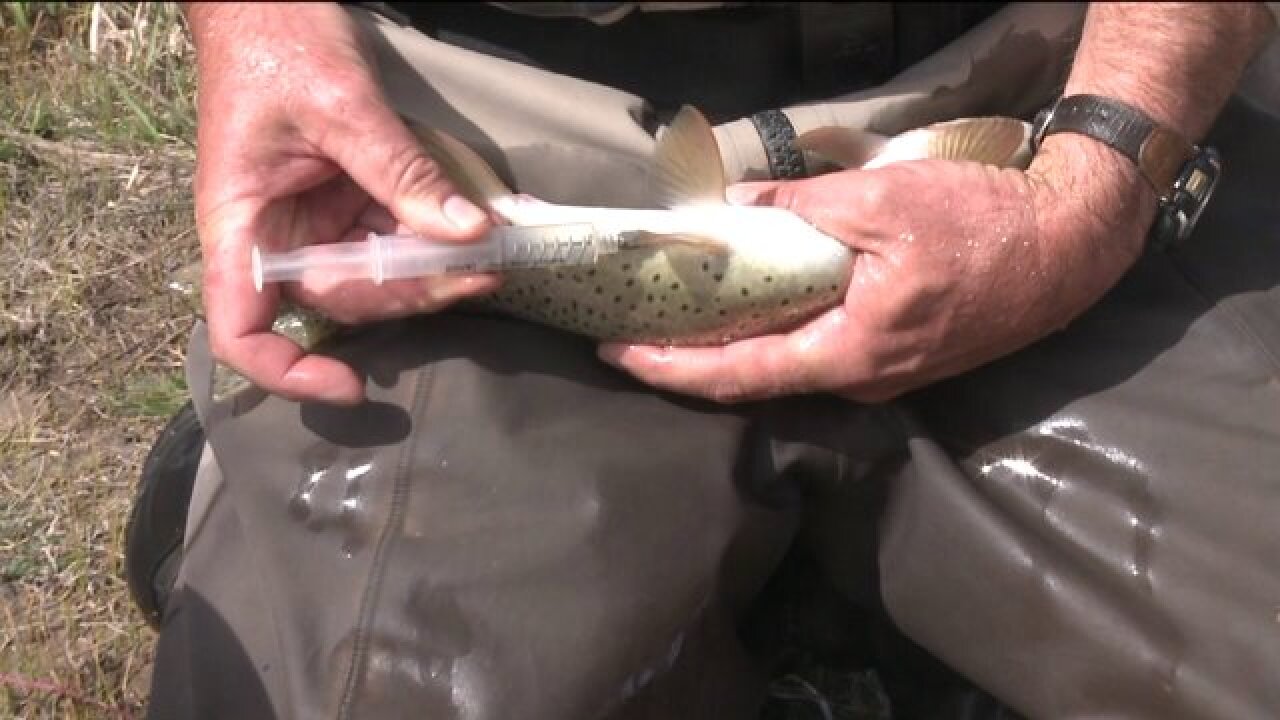 MOUNTAIN GREEN, Utah – Since 2011, the Division of Wildlife Resources has been studying Utah’s official state fish--the native Bonneville Cutthroat Trout--in the Weber River, and as part of that process they’re implanting the fish with small microchips that allow biologists to track them.

“It’s a joint project with Utah State University, Charter Unlimited and the Division of Wildlife,” said Paul Thompson from the DWR. “And what we found is, we have a really unique cutthroat trout population along the Weber River, what we call a fluvial population. They grow large and they need to travel some long distances and up tributaries for spawning.”

Biologists implant the fish with small microchips to track them and see how they grow.

"To tag them, the syringe is loaded, we just come in below the pectoral fin and then put the tag in,” Thompson explained.

Thompson said the microchips are the same type of chips veterinary offices use to tag pets. They follow the fish as they swim upstream and spawn, or reproduce, along the banks of the river.

“We have antennas in the bottom of the stream, so, as they pass these antennas, it will download that tag information and we'll be able to see how many are spawning and in what tributary,” Thompson said.

On Saturday, members of the non-profit angler group, Trout Unlimited, joined members of the DWR along the Weber River to help catch fish and microchip them.

"They're getting a better understanding of exactly what the challenges these fish face, and the actions that we're taking on the ground to benefit the fish and then to also benefit the fishing in the river,” said Paul Burnett with Trout Unlimited.

In total, the DWR has tagged about 2,000 fish since 2011. Thompson said it helps them make sure the fish are thriving in their natural habitat.

“Anglers love to catch them, they're a great sport fish and they're a native fish,” he said. “So again, we're trying to protect this population and increase their numbers.”

Thompson said biologists tag about 500 Bonneville Cutthroat Trout a year, and 30 of those are caught by anglers.