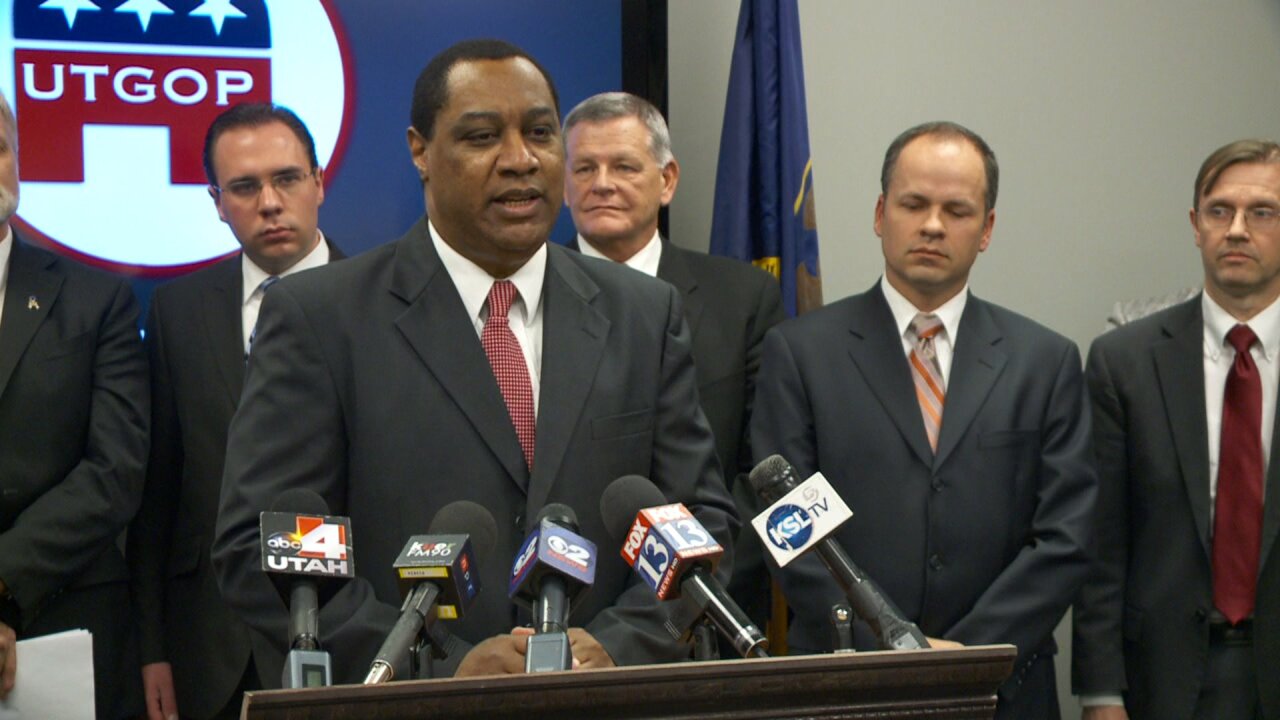 SALT LAKE CITY – In new court filings ahead of a major hearing over the fate of the Utah Republican Party’s system for electing candidates, a state lawmaker and the Utah GOP chairman claim implementing a new state law has the potential to destroy the state’s largest political party.

In a declaration filed with the court, Utah Republican Party Chairman James Evans said being forced to comply with Senate Bill 54 could mean no Republicans on the ballot in 2016.

“If the party fails to participate in the General Election in 2016 and 2018, it will lose its status as a registered political party under Utah Election Code,” he wrote.

Rep. David Lifferth, R-Eagle Mountain, wrote that he believed SB54 was “designed to destroy the Utah Republican Party as we know it.”

“The original wording of the Count My Vote petition jettisoned the Party’s Caucus System all together. The so-called Compromise of SB54 may have preserved the caucus in name but has greatly reduced its signifcance. Many who attended regularly in the past have shared with me that they will no longer bother. This is a tragedy,” he wrote.

“The Party that I have grown to love and spent many years of my life building up is being torn apart by people who have admitted that their purpose is to diminish its reach and influence. It has become clearer to me that SB54 was pushed on the state by a few wealthy individuals who sought to destroy the Party after they failed to get themselves or their candidates re-elected.”

SB54 was passed last year after a signature ballot drive known as “Count My Vote,” which sought to do away with the caucus and convention system of selecting candidates typically favored by the Utah GOP. The bill keeps the system, but provides an alternative path for candidates to get on the ballot if they gather enough signatures.

The Utah Republican Party sued the state over it, putting members of the party at odds with each other in this GOP-dominated state. U.S. District Court Judge David Nuffer said he intended to rule today on a request by the Utah GOP to halt SB54 from being implemented.

But the judge also told Republican Party lawyers he was going to limit many of their claims to show direct harm.

In his declaration filed late Thursday, Evans suggested there were even more ulterior motives behind the SB54 compromise. He claimed that Count My Vote Executive Director Taylor Morgan had recently registered the “Republican Party of Utah” with the state commerce department.

“Since this name can only be used in the event that the Utah Republican Party ceases to be a registered political party in Utah, it appears this filing was made in anticipation of that event,” Evans wrote.

Reached by FOX 13 on Friday morning, Morgan said of registering the “Republican Party of Utah” name: “The entity name wasn’t protected, so I protected it.”