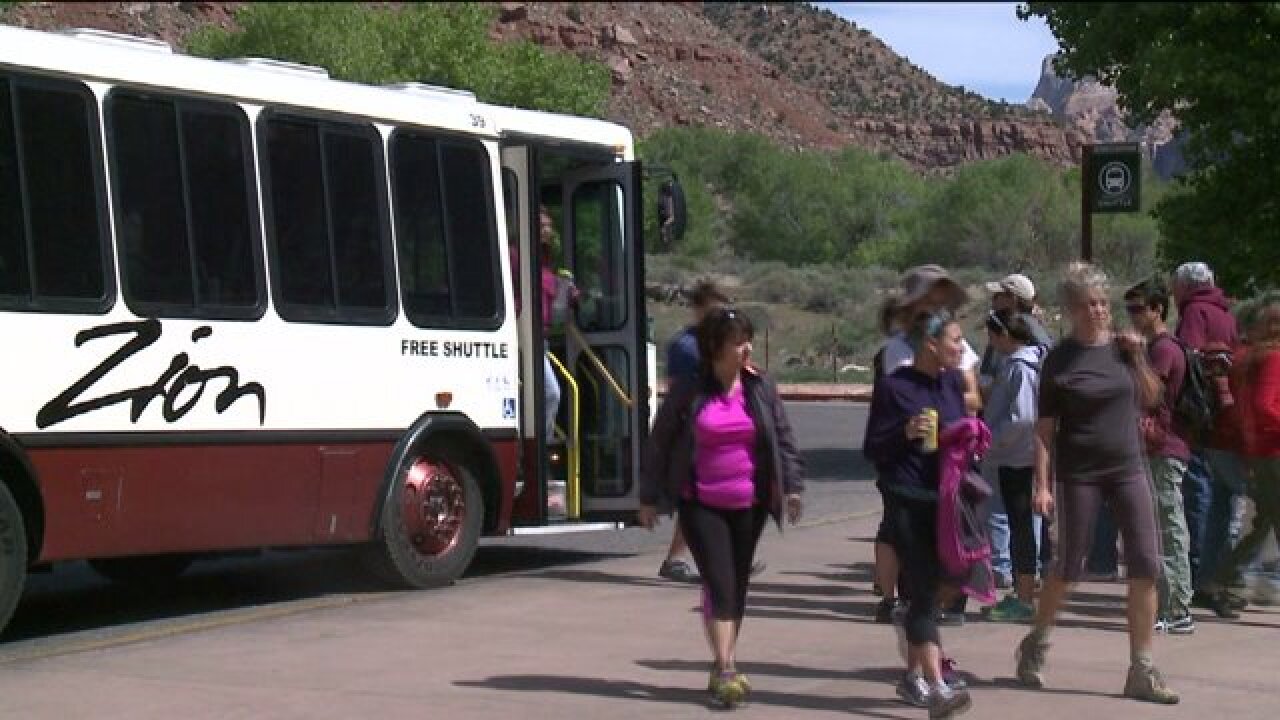 SPRINGDALE, Utah – More people are vacationing at Utah’s “Mighty 5", as numbers from the National Park Service show visitation is up at local National Parks.

From January to March, 481,150 people visited Zion National Park, which is a 28 percent increase from the same time period last year. Similar statistics are being reported for Bryce Canyon National Park and Arches National Park.

Saratoga Springs resident Jim Moore is spending spring break in the park. He said they make the trip every other year, and this is by far the busiest he’s seen.

“We’re having to wait in line to get on the shuttle," Moore said. “The shuttles are sardine cans.”

Zion Spokesperson Aly Baltrus said Easter is typically the busiest time of the year, and the start of the tourism season. More people is always good for business, but there are concerns about park infrastructure.

“It does affect everything,” Baltrus said. “Our main goal is just to provide a good experience for everyone who comes, so we’re a little strapped.”

Baltrus said the park is trying to balance the number of visitors with shuttle services and staffing. The parks are still considering an increase to entrance fees. Those additional funds would go toward the shuttle and trail improvement projects.

Businesses in Springdale say more crowds could be due to the mild weather, and it’s also brought people to the area earlier than normal. Statewide tourism efforts to promote Utah’s “Mighty Five” may also be a reason more people are making the trip.

“The joke around here is ‘what winter?’" says Worthington Gallery manager Jessica Zugarramurdi. “Everyone was just busy all the time, and it continues to start earlier and earlier.”

There are a couple of construction projects going on in the park, one in the parking lot at the visitors center, and another on Kolob Terrace Road. Baltrus said they don’t believe those are contributing to the congestion in the main areas of the park.