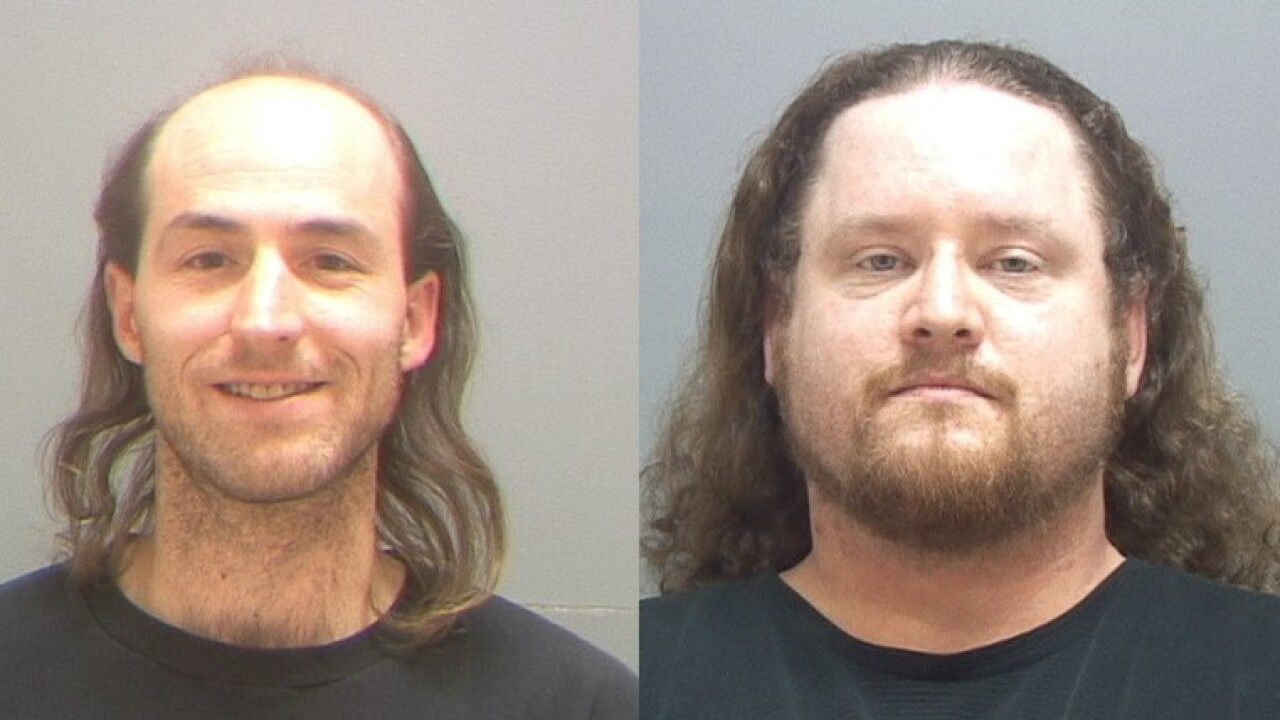 SOUTH SALT LAKE, Utah – An elderly man was allegedly subjected to months of terror after he allowed a man he described as being homeless move in with him, and a deal to exchange room and board for personal assistance allegedly became a case of elderly abuse, forced confinement and forgery that resulted in the victim losing, “pretty much everything he owned and everything he worked for in his life.”

According to a statement of probable cause, 39-year-old Aaron Gibbs of South Salt Lake has been charged with kidnapping, exploitation of a vulnerable adult and two counts of forgery.

A man named Loran Sant, 41, is listed as co-defendant. Police are still seeking both individuals, who may have fled the state.

According to a statement from the victim, a 72-year-old man from South Salt Lake, the man encountered Gibbs, who was homeless at the time, in mid-2012. Gibbs told the victim he was worried about people who take advantage of the elderly. The victim, who suffers from Parkinson ’s disease, agreed to let Gibbs into his home and provide room and board in exchange for his assistance. The victim stated he signed a written agreement with Gibbs but never saw the agreement again.

“The guy is warning him to be careful about, you know, people trying to take advantage of elderly people,” said Gary Keller, an executive officer and spokesman for South Salt Lake Police Department. “Anyway, that’s exactly what this guy did. He got settled in the house, brings in friends… they basically stole all his property.”

Shortly after making the deal for room and board, Gibbs allegedly moved three friends into the home, including his co-defendant Sant, without the victim’s permission. The statement alleges Gibbs and Sant began to mistreat and control the victim and would even lock him in his room for as long as a full day and would withhold food. Sant allegedly told the victim if he didn’t comply he, “would have the Aryan Nation put holes in him and throw acid on him and that they would then ‘bury him in the ground.’”

The victim said the threats prevented him from reporting the crimes. At this time, Gibbs also threatened to kill the victim if he did not surrender his truck to Gibbs, which the victim said he refused to do.

At one point during the months of abuse, the victim allegedly overheard Gibbs talking to someone about killing the victim, so he fled his home.

“He gets to the point where he is fearing for his life, he actually leaves and lives on the streets for a number of weeks,” Keller said of the victim.

The victim sent his son to his home to collect some of his property, and after several weeks of living homeless he called a friend who put him up in a hotel and contacted his family—who moved the victim to a retirement community.

South Salt Lake police responded to the residence November 5, 2012 on a complaint of theft, where an officer found Gibbs—who told the police he had been the victim’s personal assistant for the last 6 months and that, because the victim had been unable to pay him, the victim had signed over some of his property. Sant was present, and several other people were there helping Gibbs move property out of the home. Gibbs showed police a list of items he claimed the victim had signed over.

“We’ve only talked to the suspects just on the initial call,” Keller said. “We went over there, got some information from them, listened to their story about him being a personal assistant, and then we haven’t been able to find those people ever since. They have absconded, possibly out of the state.”

The statement of probable cause then goes on to say that in February of 2013 the victim’s daughter contacted police and gave them a list of her father’s property that Gibbs had taken, which included the victim’s truck and trailer. A detective verified that the truck and trailer were registered to Gibbs at that time, but when contacted Gibbs said he had the truck but could not register it because the victim wouldn’t give him the title.

The victim’s daughter showed police the titles to the truck and trailer. The title for the trailer had been filled out, purportedly by the victim, transferring the trailer to Gibbs as a “gift release” on October 30 of 2012. The victim stated that he did not sign this document and that his signature was forged.

The detective then obtained a bill of sale for the truck from the DMV, which showed the victim assigning the truck to Gibbs. According to the statement of probable cause, “[victim] could not remember having signed that document, but does recall signing documents for [Gibbs] under threat of bodily harm.”

The victim also showed police a document, again purportedly signed by him, that granted ownership of various property to Gibbs and the total amount of those items is estimated in the hundreds of thousands of dollars. The victim stated the signature was forged and that Gibbs and Sant had threatened to kill him if he didn’t sign.

“Unfortunately for our victim, he pretty much lost everything he had,” Keller said. “Luckily, he is living out of state now, and close to his daughter… He is doing well, healthy.”

Keller said they have been investigating and trying to get the District Attorney’s Office to screen charges since about May of 2013.

“You’d have to contact the District Attorney’s Office, see what the delay was there,” he said. “I have to commend our detectives, they did an excellent job. They were determined, they were persistent, and they kept calling back, calling back, seeing where we were on this case, and I realize that, you know, workloads peak and die down, but in this time it seemed like everything else was ahead of it… The good thing is the charges have been filed.”

Keller said they are still searching for the men and believe they may have fled the state. He said often when elderly people are targeted in scams the scammers pose as contractors and things began with some kind of project, like repairing sprinkler systems, roofing issues or cracks in concrete driveways. Keller said they encourage people to look out for those who may be vulnerable.

“If you have elderly friends or family, check on them once in a while,” he said. “You know, I don’t know how they became estranged from their… He has a daughter and a son, a son that is actually in town here, but, check on your parents or grandparents, wherever they may be and just make sure they’re OK, if there’s anything they need help with.”