Robert F. Kennedy Jr. talks about link between ingredient in vaccines and autism 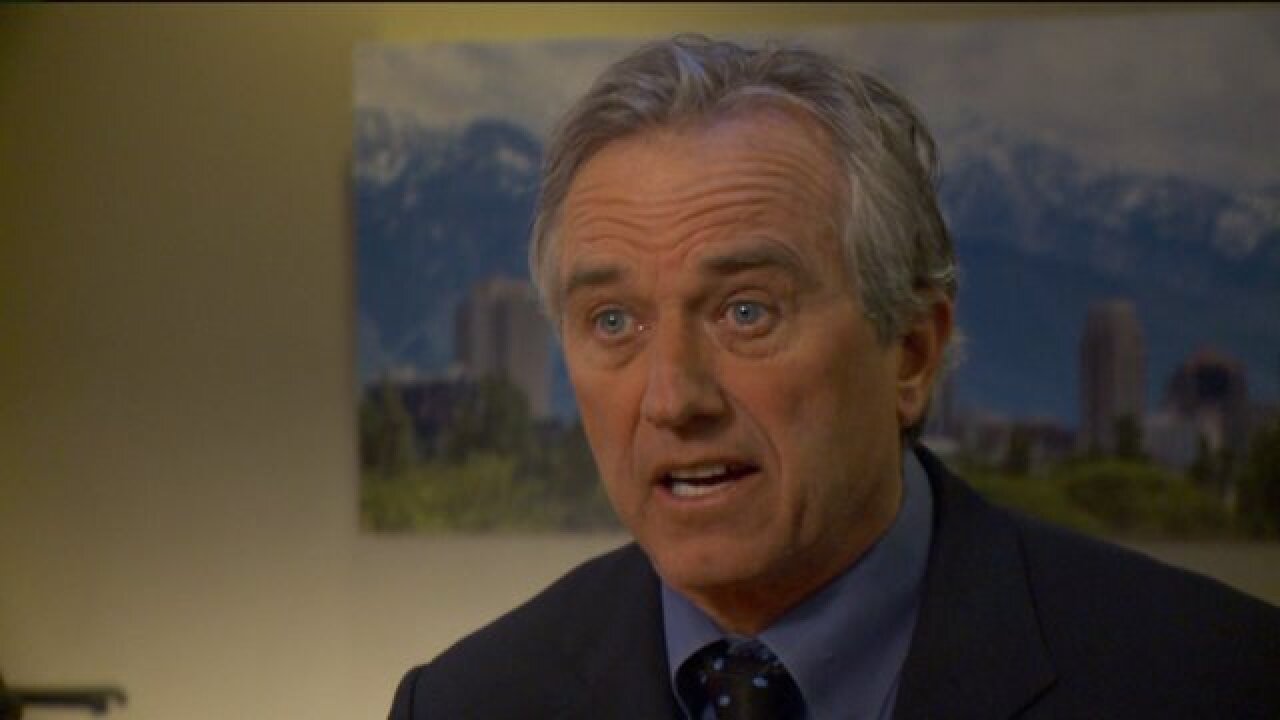 SALT LAKE CITY -- A member of the Kennedy family stopped in Park City Monday night to lend his voice to the ongoing debate over vaccines and autism.

Robert F. Kennedy Jr. attended a screening of a new documentary, “Trace Amounts.”  The film explores the theory that there is a link between Autism Spectrum Disorder (ASD) and an ingredient in vaccines called thimerasol.

It’s told through the eyes of the filmmaker, Eric Gladen, who said he suffered mercury poisoning after receiving a Tetanus shot in 2004.

“Thimerasol is a potent neurotoxin that is linked to all these neurological disorders that are now epidemic in American children,” said Kennedy, who penned a book on the topic last year.

Thimerasol is a preservative that contains mercury. Between 1999 and 2001, it was removed or reduced to trace amounts in vaccines given to kids under the age of 6, but it still exists in the flu vaccine.

Since 2003, the Centers for Disease Control has funded or conducted at least five studies that found no link between thimerosal containing vaccines and ASD.

One study published in the American Journal of Preventative Medicine reviewed data from Denmark and Sweden, which stopped using thimerosal in 1992.  It compared the rate of ASD in both countries before and after the ingredient was removed.  Researchers found ASD rates increased between 1987-1999.

“We don’t know which environmental factors are playing major roles, but we know for certain that it’s not vaccinations at this stage,” said Chris Gregg, Ph.D, neurobiologist at the University of Utah’s Autism Spectrum Disorder clinic.

However, Kennedy argued research showed a 33 percent drop in the autism rate in Denmark after they eliminated the ingredient. Amidst the growing debate, he has found growing research he believes supports his argument.

“We compiled all the science on thimerasol, all that we could find.  We found somewhere near 500 peer reviews and 1,400 references,” Kennedy said. “We piled those studies on CDC’s desk and said, ‘Here are the studies that show this is destroying our children’s brains.’”

Kennedy sent the response below after the story aired: