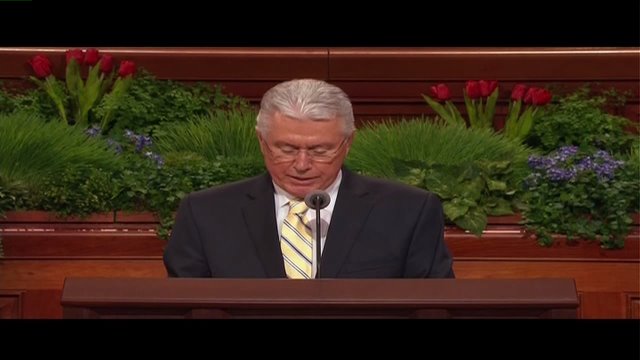 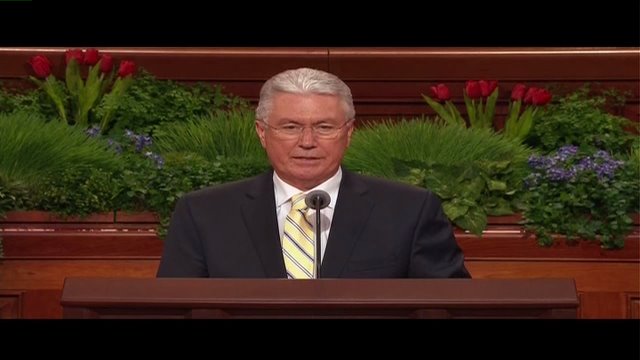 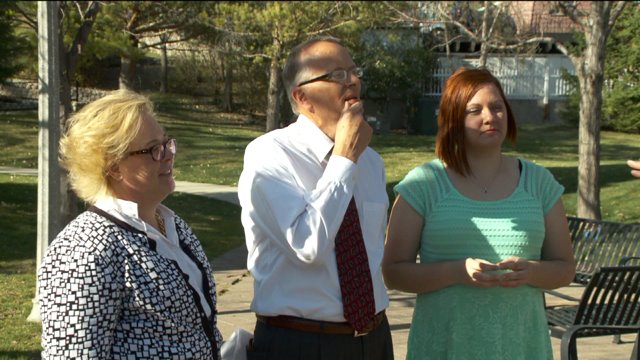 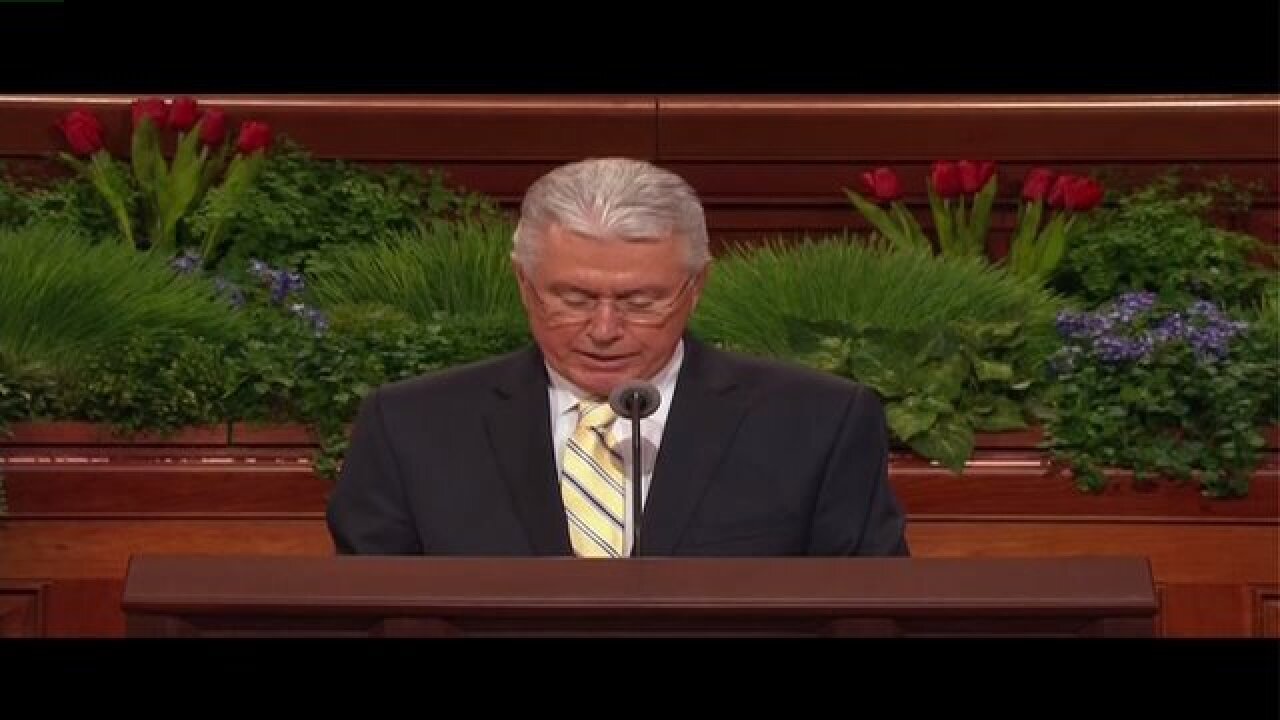 SALT LAKE CITY – There were some rare votes of dissent Saturday in Salt Lake City at The Church of Jesus Christ of Latter-day Saints’ semi-annual General Conference, which is held each April and October, and this is reportedly the first time a vote in opposition has occurred at a conference session since the '80s.

During the Saturday afternoon session of the 185th semi-annual General Conference, President Dieter F. Uchtdorf, Second Counselor in the First Presidency of the LDS Church, read the names of LDS Church leadership and asked members attending to raise their hand as a vote to sustain them as leaders, an event that occurs as part of the regular business of the semi-annual gathering and almost always proceeds with unanimous assent.

When it came to sustain the LDS Church’s First Presidency, at least five people raised their hands and some people could be heard shouting when opposing votes were called for.

"I stood up in the Tabernacle, raised my hand and said, 'I oppose' and sat back down," said Laura Pennock. "My heart was pounding. It was probably the scariest thing I've ever done."

The same five indicated dissent again when the vote to sustain the members of the LDS Church’s Quorum of the Twelve Apostles was called. It did not appear the individuals opposed votes to sustain other leaders, and business proceeded as normal as the votes to sustain continued.  After the first shouts during the call for opposing votes is heard, Uchtdorf says, 'The vote has been noted' then continues to the other sustaining votes. He made a similar comment after the second round of shouts. See the video below for the exchange.

While a few hands and shouts among a crowd estimated at about 22,000 people may seem minor, an LDS Church spokesman said he could not remember the last time anyone had voted opposed during General Conference. Members who voted in opposition Saturday said they are the first to do so during a session of General Conference since sometime in the 1980s; LDS Church officials did not offer a specific date for the last such vote.

Some LDS Church members said they felt this most recent vote of opposition was not appropriate to the setting.

After the end of the sustaining votes—most of which appeared to proceed with unanimous assent--Uchtdorf made a brief statement regarding those who opposed the proposals, and when contacted about the incident LDS Church Spokesman Eric Hawkins directed FOX 13 News to that comment and said people with concerns should contact their local leaders.

Uchtdorf stated during the conference: “We invite those who oppose any of the proposals to contact their Stake Presidents. My dear brothers and sisters, we thank you for your faith and prayers in behalf of the leaders of the church.” See the video below for that comment.

Stake Presidents are regional LDS Church leaders who oversee a stake, which is made up of several local LDS congregations called wards.

However, some of those who voted in opposition said they have already tried speaking with local leaders about their concerns.

"I have other friends, they've tried, and they hit the glass ceiling that is basically the stake presidency level," Melissa Martinez said.

The dissenting votes were planned in advance, according to a press release sent to FOX 13 News. LDS Church member Don Braegger told FOX 13 News he was among those who voted in opposition, and he cited recent excommunications of prominent critics within the LDS Church, among other things, as his reasons.

"With the recent excommunications of Kate Kelly and John Dehlin and some others, it has seemed, to a lot of us, that the church is trying to stifle an open voice and an open conversation," he told FOX 13 News.

Danell Roberts also attended the session of conference, but she was among the thousands who voted yes and she spoke about the opposing votes.

“It’s disappointing to me; it made me feel sad that someone would oppose, especially, the prophet of God," she said. "It was very sad to me to see that evil is coming in and people are doubting, losing their faith."

Braegger sent a statement about the decision to vote opposed, and in it he described himself as an LDS Church member "in good standing" who comes from "pioneer stock" and who served an LDS mission and in various church callings in his life. While the event was organized under the name "Any Opposed" and the Twitter handle @AnyOpposed, Braegger stated it isn't an organized effort with specific goals for change.

"I do not have a blog, I am not part of any organized effort to change policies or doctrines of the Church. I do not wish to convince family members, friends or membership of the Church at large that they should share my concerns and doubt their faith. But like the little boy from the childhood fable, I must state what I see and proclaim “The Emperor has no Clothes! In doing so I realize that I risk ridicule, alienation from family and potential disciplinary action from Church Leadership. I purposefully take these risks in order to have personal integrity.”

In the statement Braegger cited things like the LDS Church's previous policy of not ordaining members of African descent to the priesthood as well as recently released essays on topics from the LDS Church's history that include polygamy and LDS Church founder Joseph Smith marrying a girl just prior to her 15th birthday.

General Conference has multiple 2-hour sessions Saturday and Sunday, and those sessions are streamed online by the LDS Church. Click here for more information and to view the live stream.