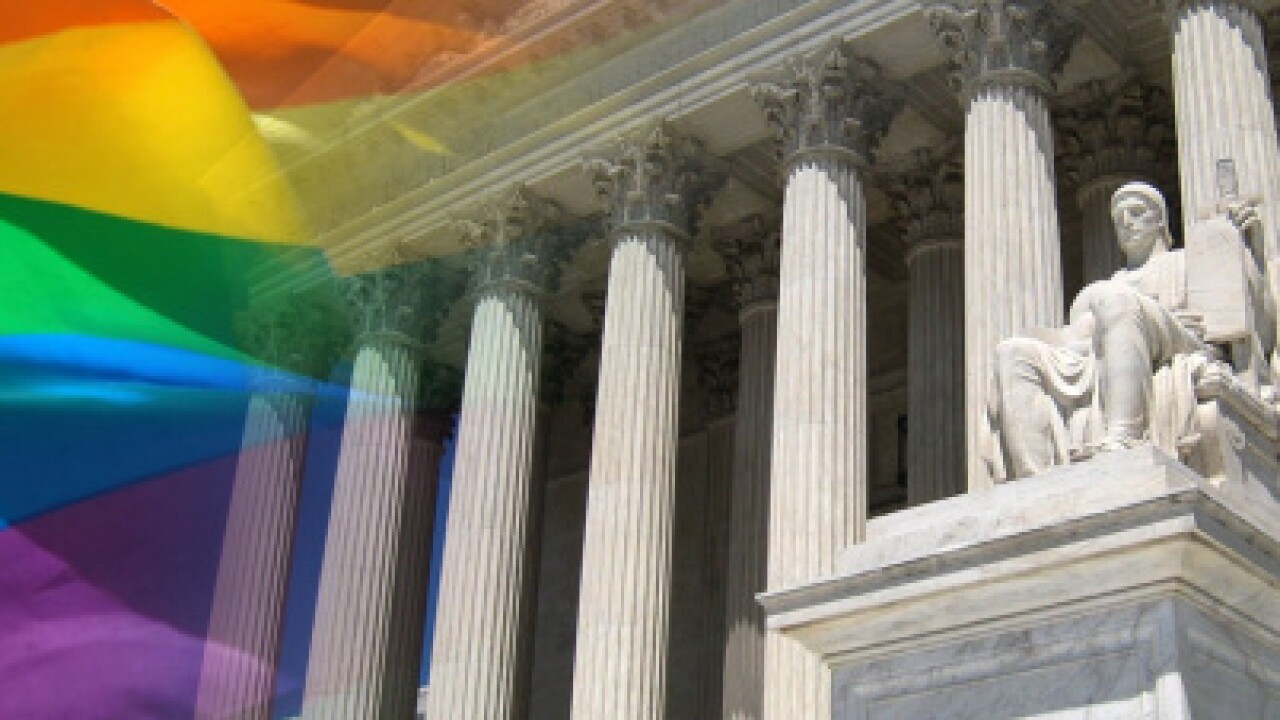 SALT LAKE CITY -- In a "friend of the court" brief filed with the U.S. Supreme Court, Utah and 14 other states have urged the nation's top court to rule against same-sex marriage.

"The Constitution takes no sides on same-sex marriage, and therefore leaves the issue up to the free deliberations of state citizens. The fact that Americans have reached different conclusions about this novel question is not a sign of a constitutional crisis that requires correction by this Court," the attorneys general wrote in the brief. "It is rather a sign that our Constitution is working as it should."

In an interview with FOX 13, Utah Federal Solicitor Parker Douglas said the amicus asks the Supreme Court to answer "the question we wanted the court to answer for us."

"It's a question for Utah because Amendment 3 is still on our books," he said. "There's still plenty of people, at least 60-percent of Utahns last time we checked, who still support it. So it's an important answer to get from the Supreme Court."

In 2013, a federal judge ruled that Utah's Amendment 3 -- which defines marriage as between a man and a woman and does not recognize anything else -- is unconstitutional. That cleared the way for same-sex marriage in Utah, as the state continued to appeal the case all the way to the nation's top court.

In their amicus filing, Utah abandons arguments about the social impacts of same-sex marriage and children of LGBT parents. Douglas said they opted to focus on states rights issues.

"It's not at all about social science," he said. "It's more about the Constitution, the meaning of the Constitution and what is the place of the states under that regime."

In an interview with FOX 13 on Friday, Amendment 3 plaintiffs Derek Kitchen and Moudi Sbeity said they were not happy with Utah's decision to jump into the case.

"I wonder if they learned anything from the Kitchen v. Herbert case at all," Kitchen said.

The couple is in the midst of planning their wedding for May and said the state's decision -- and the U.S. Supreme Court arguments -- won't stop it.

"I think the state's actions tell LGBT families in Utah they don't matter," said Sbeity. "It is hurtful on some level."