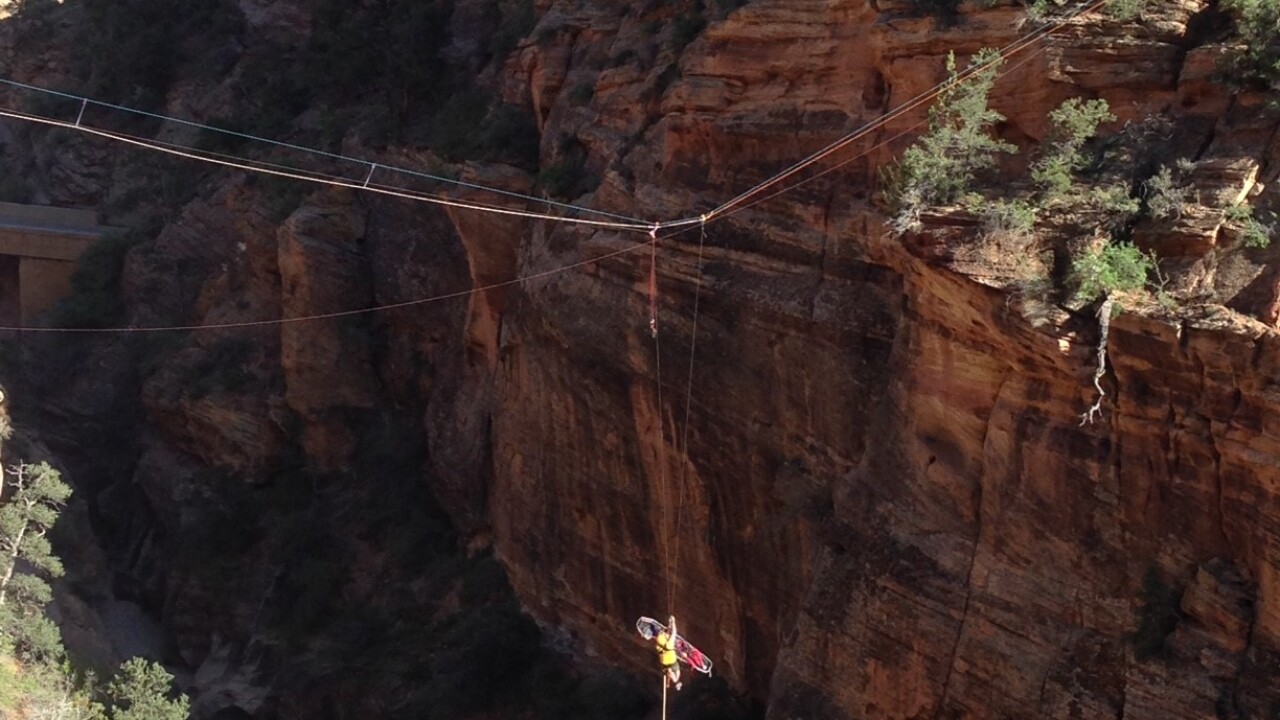 Search and rescue responds to an injured man at Pine Creek in Zion National Park.

Search and rescue responds to an injured man at Pine Creek in Zion National Park.

ZION NATIONAL PARK — Search and rescue crews spent about five hours extracting a man who was injured while canyoneering in the Pine Creek area Friday and had to be recovered from the bottom of a canyon.

Aly Baltrus, Zion National Park public information officer, initially said the man was believed to have suffered a broken leg and that a 15-member rescue crew had responded. The Canyon Overlook Trail and parking area were closed during the rescue.

The man was recovered from the area and transported to Dixie Regional Medical Center in St. George, and everyone was clear of Pine Creek by about 7:30 p.m. The man was in an ambulance roughly five hours after crews received the call.

Baltrus stated: “We used a high-line with a reeve to extract the subject from the bottom of the canyon.”

The man who was injured has not been identified but Baltrus said the 48-year-old man is from California. Baltrus said she did not have specific information about his condition or the extent of his injuries.