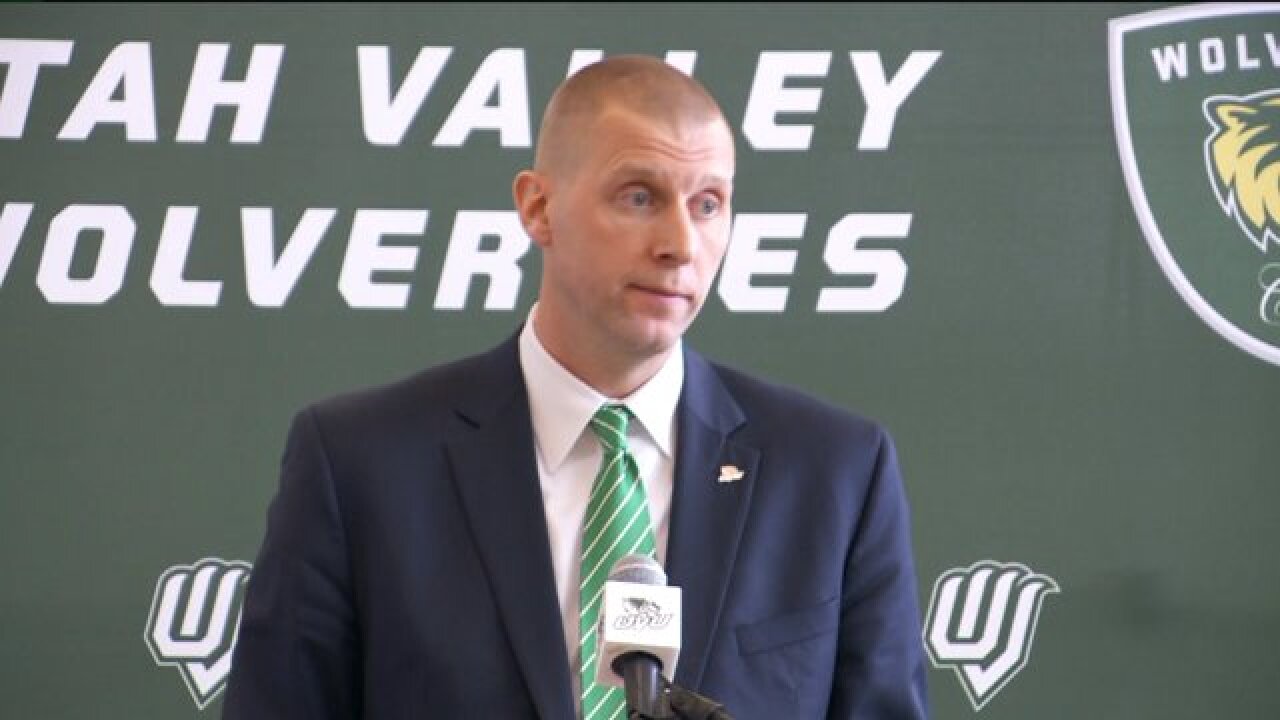 "We are going to play fast, furious and free," Pope said in a press conference Tuesday.

Pope is not making a long trip for his new job. He was a former assistant coach under Dave Rose at Brigham Young University for four years.

UVU is not usually in the spotlight when it comes to athletics and Pope is looking to change that.

"I think we can make this program bigger than any of us can imagine in this room right now," Pope said. "That is chasing dream, that is shooting for the stars and that is what we are going to be about."

His former players came to watch the announcement and all agree that Pope will take the program to another level.

"You knew he was going to become a head coach sometime and this is just a great opportunity," said former BYU player Tyler Haws. "He doesn't have to move his family and he's close to us still."

"He's a great guy, great basketball mind -- I'm excited to see what he can do here for the program," said former BYU player Anson Winder.

With a Cougar headed across town, everyone is wondering if a rivalry could start.

"The schools are so close and some of their guys come play with our guys in the summer. So, if it grew to that, that would be special," Haws said.

"That would be awesome. We are right down the street, cross-town rivals, that would be something to build upon and I think it would be fun to see," Winder said.

Pope said he has not hired his entire coaching staff just yet, but has one assistant locked down, he just cannot say who.