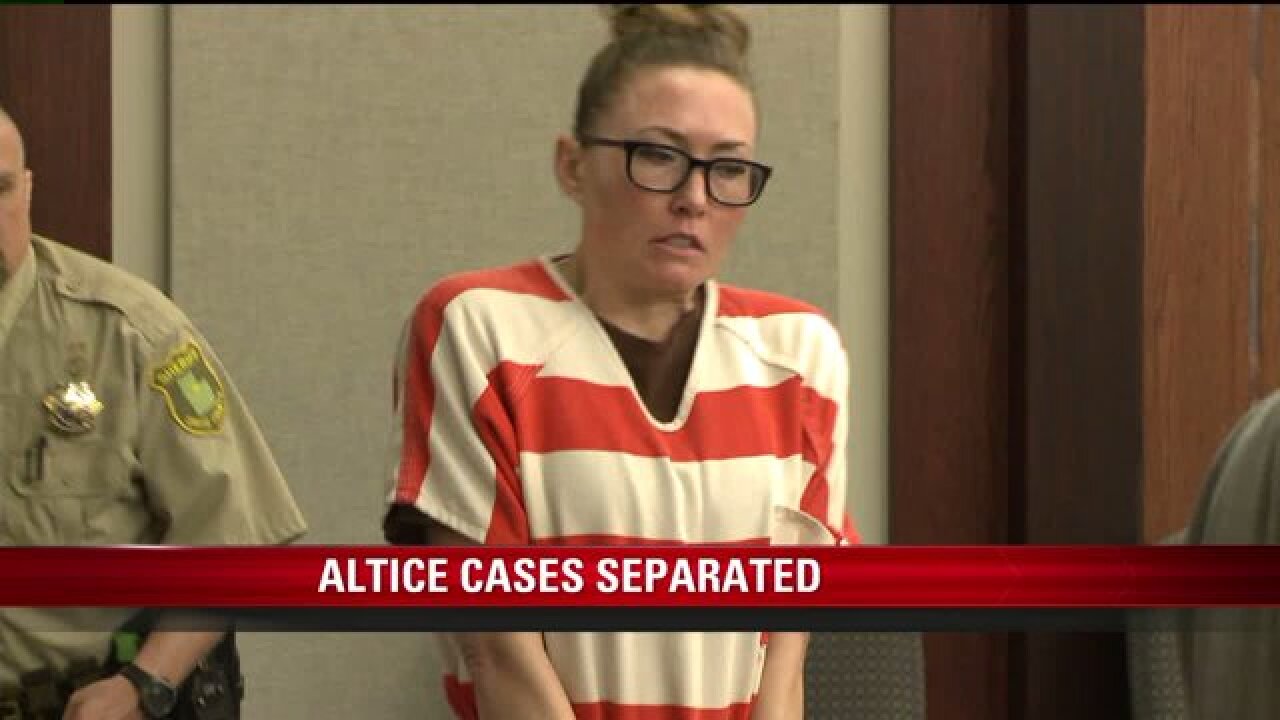 BOUNTIFUL, Utah - A judge decided to split the sexual misconduct cases involving Brianne Altice, rather than trying them all together.

The former Davis High School teacher is accused of having sex with three students.

The defendant faces more than a dozen felony charges relating to the alleged sexual abuse of those three teenage boys, including five counts of first-degree felony rape.

Prosecutors essentially wanted to bundle all three of those cases into one trial.

However, the defense argued trying those cases together would be prejudicial to Altice.

After taking the matter under advisement, the judge agreed with the defense saying there was enough evidence, including text messages between the teacher and the students, for there to be three separate trials.

He also said he wanted to be as fair as possible to the defendant and did not want to risk prejudicing a jury.

The next move in this case will be a scheduling conference set for April 9 when trial dates for these cases will be decided.