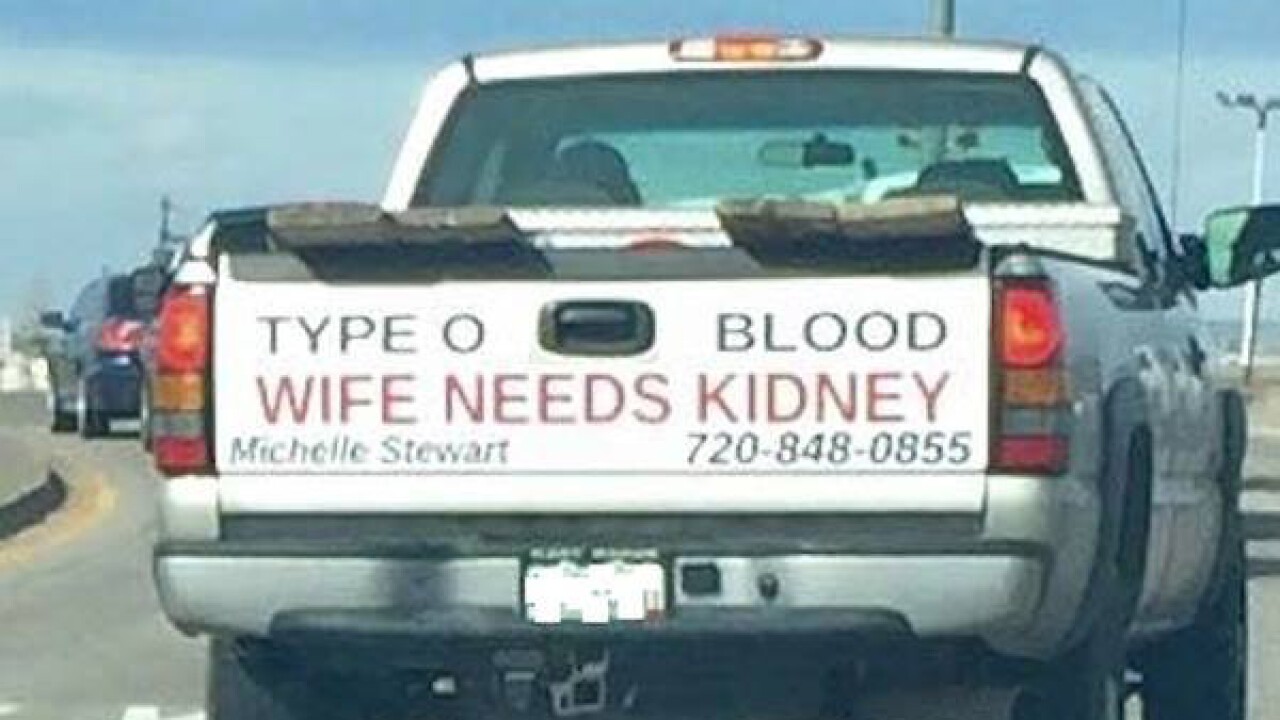 DENVER – A Colorado man put an ad for a kidney donor for his wife on the back of his pickup truck — and a picture of it quickly went viral.

The ad included a phone number to the University of Colorado Hospital and the photo, which was taken in the Denver area and was first shared on Imgur, was then posted to Reddit.

Several people responded that they called the number to see if they could be a match for the woman, Michelle Stewart.

Stewart wrote in response on Reddit that she has been searching for a donor for more than year.

“Thank you. The support on the Internet has been amazing,” she wrote. “I’ve gone from no hope and struggling to share my story to millions of people seeing it. I’m without words. I feel very blessed and honored.”

Stewart said she has been dealing with lupus since she was 13 years old, and she has suffered a stroke, seizures, temporary paralysis, chemotherapy and two comas.