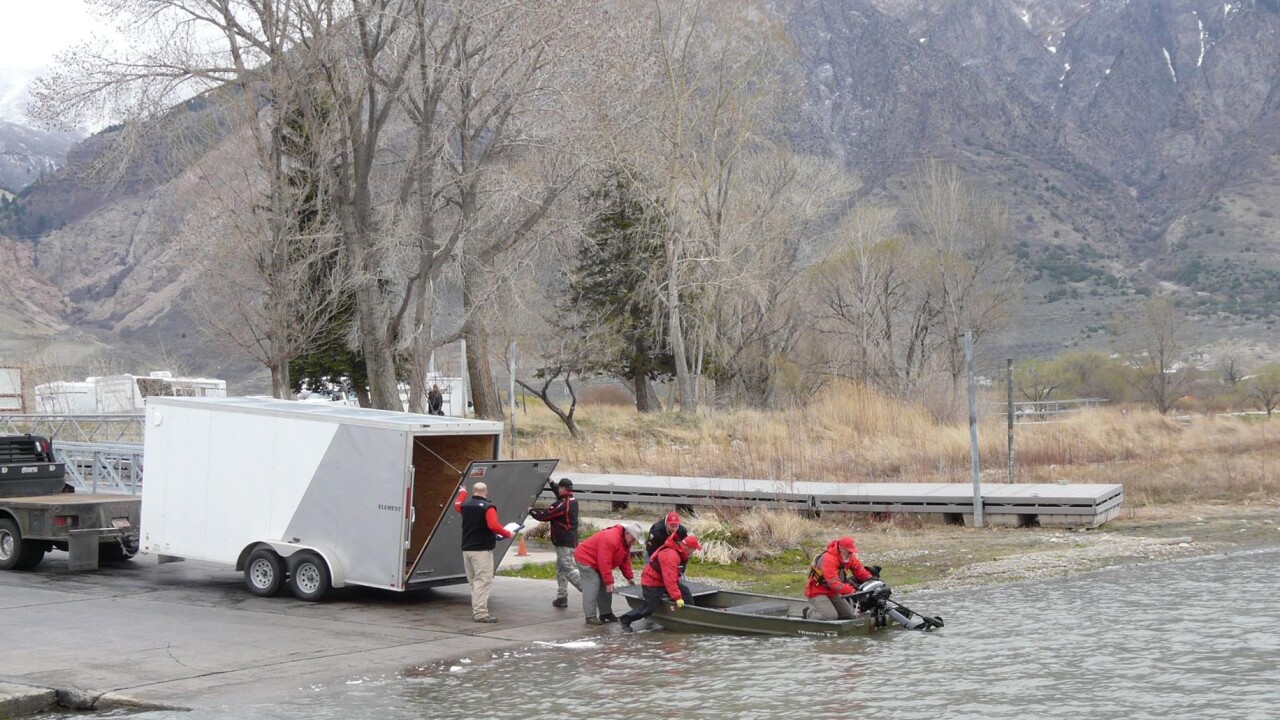 WILLARD BAY STATE PARK – After searching for several days, crews have located the body of a man who was reported to be missing at Willard Bay.

According to a press release from Utah State Parks issued Wednesday, the man’s body was recovered at about 5 p.m. and was located by dive teams using side scan sonar. Rasmussen was found in water about 13-feet deep and about half of a mile southwest of the north marina.

Dale Ward, chief deputy for Box Elder County Sheriff's Office, said: "We put a plea out for some information yesterday, we got the call from the individual who had found the items and fortunately he had marked an exact coordinate for those, so we were able to work off of that coordinate and concentrate on that very specific area."

Crews from Box Elder and Weber counties as well as Utah State Park rangers assisted in the search.

According to press release, "The family of Matthew expresses heartfelt thanks to all who participated in the search efforts and requests the respect of their privacy during this trying time."

Rasmussen launched his boat at Willard Bay State Park Marina around 8 a.m. Sunday, and when he did not return as planned he was reported missing around 8:30 p.m. that night. Officials said Rasmussen was an avid fisherman and a regular at Willard Bay. Ward said the exact sequence of events is unclear.

"The indication that we have right now is that, in all honesty, this is just a real tragic accident and him being alone at the time... too many factors came together to cause his death," he said.