Man kicked off flight over vulgar language on t-shirt 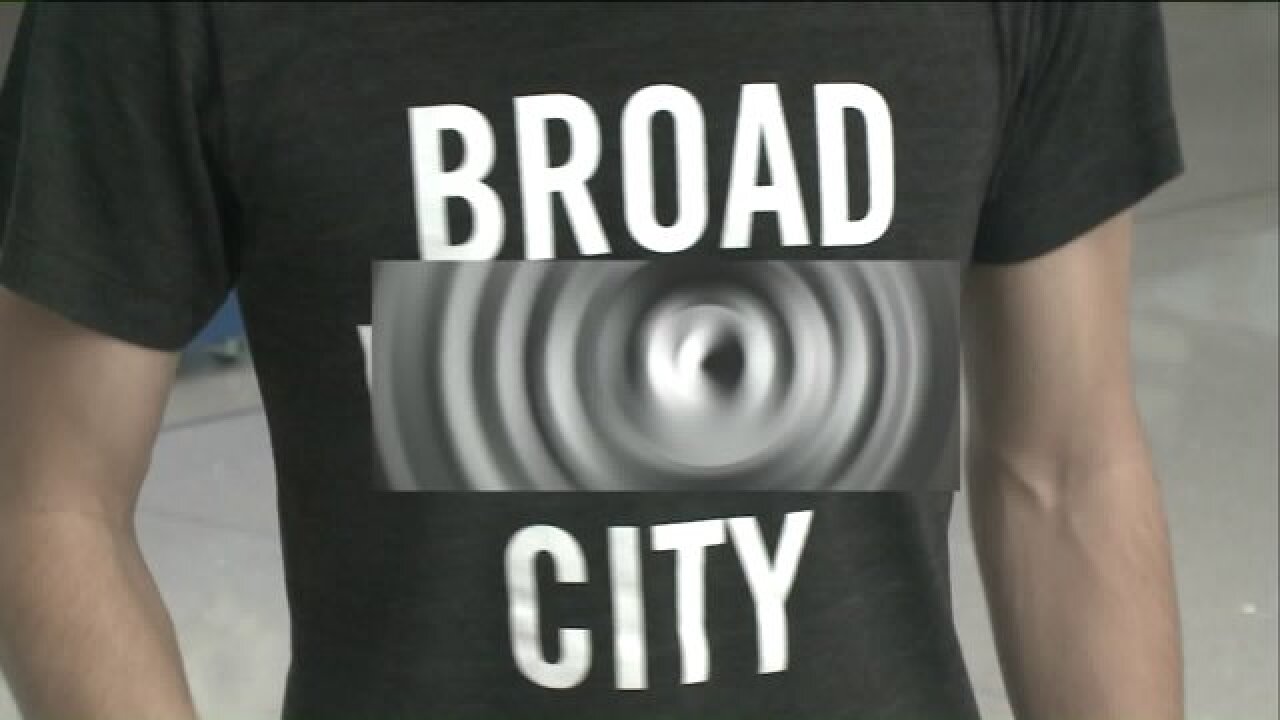 ST. LOUIS, Mo. -- A college student on a flight from Dallas to Chicago got stranded in St. Louis and wasn't allowed back on the plane because of the language on his T-shirt.

Daniel Podolsky was wearing a shirt handed out at the South by Southwest Festival that promoted the Comedy Central show "Broad City." “Broad F*cking City" was printed on the shirt, but the vulgar word was fully spelled out.

Podolsky says his jacket was hiding the shirt when he boarded the flight in Dallas but he took off the jacket during the flight.

When the plane was rerouted and landed in St. Louis because of bad weather in Chicago, he got off the plane to use the restroom. When he tried to re-board, the gate agent stopped him and refused to let him board.

Podolsky told KTVI he would have "gladly" taken steps to remedy the situation had he been given the opportunity, such as turning the shirt inside out or putting his jacket back on. But the video he provided the station tells a different story.

“They talked to you about your shirt?” the airline employee can be heard asking him at the door of the aircraft.  Podolsky responds, “They did.”

Then the employee proceeds to give him with several chances to keep his seat on the flight.

(Worker) ”Can you change the shirt?”

(Worker) “Can you put the jacket on and leave it on through the flight?”

(Worker) “Can you put the shirt on inside out?”

(Worker) “Is there anything you can do not to display the shirt because at this point we can’t allow you to go.”

(Podolsky) “I have freedom of speech.”

(Podolsky) “Really it’s not bothering anyone.”

There would be no poll and he would be asked to leave the plane.  He confronted the original gate agent as he left, and he says airport police escorted him from the terminal.

KTVI asked him why he wore the shirt to begin with, considering the likelihood it would offend someone he encountered along his journey.

“Well, is it really in the airline’s position to make that call?” he asked, “especially when the only time you can see the shirt I’m in my little box of space. There are more than a hundred people on the plane trying to get to Chicago and the most important thing is my shirt?  How does that work?  Where’s the sense of priority?”

Southwest Airlines issued a statement in response to the incident:  “We rely on our Employees and Customers to use common sense and good judgment."

Podolsky was eventually allowed to board a 7:15pm Southwest flight to his final destination of New York.  The agreement was reached after he changed his shirt.