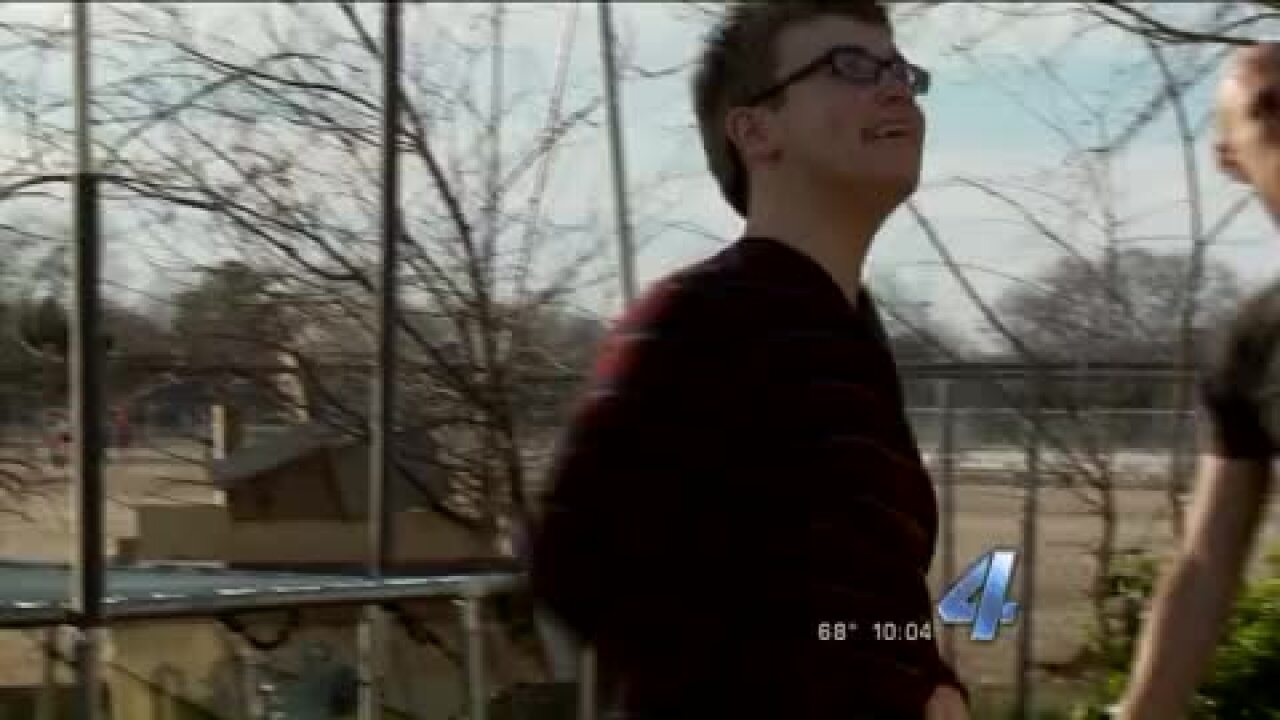 EDMOND, Okla. - An Oklahoma father's response to a student who was planning a mass casualty event is going viral.

Martin reacted a little out of the box to the news of the mass casualty plot uncovered at his son's school.

"The first thought just goes back to what it's like being a teenager. It's a brutal, brutal time," said Martin.

On Friday, Edmond police said they had uncovered a plan of a potential mass killing at the high school.

Several students had come forward with text messages from the suspect which led authorities to search the teen's home where they found evidence of explosives and blueprints to possibly carry out an attack.

Martin is a writer and when he heard about what happened – that's exactly what he did.

He wrote a letter titled "To the Teen Who Planned To Kill My son."

"Even if what he was going to do was monstrous, he is a human being," said Martin.

In the letter, Martin extends grace to this 16 year old boy and thanks him for sending the texts to his friends that ultimately led to authorities finding out about his plan.

"I hope he can find his way back to something even close to normal, that he can just survive this hole that he's in and find something better on the other side," said Martin.

Martin posted to the letter to his small publishing company website, Literati Press.

"It did what viral does. It just spread," said Martin.

Then a hacker hit and effectively shut down the website.

"At the rate it was going, we would've passed a hundred thousand hits before too long," said Martin.

Martin says the response to his letter has been overwhelmingly positive.

He says the fact that nothing did happen allowed him to be more kind in his reaction to this obviously troubled teen.

A spring break that could have been marked by tragedy is instead filled with fun for thousands of Edmond parents and their teens.

Edmond police said the teen suspect was being treated in patient at a mental health facility.

They say charges could be filed against him sometime this week.

To The Teen Who Planned To Kill My Son:

We found out Friday that you were planning on killing students at Edmond North. The details of your scheme are still not that clear, at least what's been made public, but it seems you were hoping for a high body count. My son is a freshman at Edmond North. He doesn't enjoy school either, but he is a bright young man with a beautiful smile and one of the sharpest comedic instincts I've ever seen. He tends to insulate himself from the world with his headphones and is obsessed with hip hop. I doubt you know each other since you are sixteen, so presumably a sophomore or maybe a junior. Odds are that you've never even crossed paths with my son. Perhaps he would have been safe had you carried out your plan.
But perhaps not.

It was the winter that made it so hard, wasn't it? That's when you sent the texts to your friends that led them to notify the authorities. It was those damn snow days. The winter always brings me down too, so it's not just you. We all get tremendously sad sometimes.

We spent those snow days playing board games and sledding down the hills of our neighborhood. You spent your time researching bombs, even starting to assemble one. I wonder what you used. You might have even been at the same hardware store when we got our sled. I wonder if you went sledding too. Maybe we saw you. Maybe I would know you by sight, but probably not.

I have no idea what you are thinking right now. You are being held in a treatment facility, which I think is wise. Charges will be filed, but I am not sure that jail is the right place for you. I want to believe that you texted your friends because you wanted to be caught. You wanted to be stopped. Your friends are heroes. Maybe you felt yourself getting out of control and tipped your hand in hopes someone would stop you, which also makes you a bit of a hero. Maybe. I can't say for sure since we've never spoken nor do I know anything of you aside from what can be found online. Maybe you are a bad person, but it seems you are just angry and desperate. That is understandable. High school is a tough place. It often made me angry and desperate too.

But then it ended and I went to college. Life got better in small measures until I finally reached a place in my life where I became happy and fulfilled. As impossible as it may seem now, you have a chance at that too. As does my son and all the other teenagers who are still alive because you were caught.

Listen to the therapists at the treatment facility. Whatever comes of this situation, please hold onto the hope that you could one day put the darkness behind you. Perhaps, years into the future, you will reach out to a teenager that feels the way you once did and you can help him avoid making horrible decisions with his life. Nothing is guaranteed to make us feel better, but helping other people comes pretty damn close.

Your path forward is going to be complicated and hard, but remember that you are not a killer. You were on a path to become a killer, but your own actions led to my son being alive today. Again, I have no idea if he would have even been in the same part of the building where you executed your plan. Edmond North is a massive complex. But he could have been. The point is irrelevant because you did not have a chance to kill him.

Instead of mourning, my son, his brother, and I are going to have a long, happy spring break. We are going to go climbing, play frisbee, go on a road trip, play board games and video games, discuss music production, and laugh about all the stupid things we always say to each other. He is a wonderful kid. I don't know you, but I am certain that there is a part of you that is wonderful too. Not executing your plan allows me the freedom to wish the best for you. Had you killed someone, this letter would be much different. I may never meet you, but if I do, I hope that I am strong enough to thank you.

And if I meet your friends, I will be tempted to hug them, but probably won't because that would make them uncomfortable just as hugging made me uncomfortable when I was a teenager.

I will spend a lot of time discussing this with my boys just as I am sure there (sic) mother has. I need to find Rudderless, a movie made in Oklahoma about a school shooting. It is a powerful film, but my boys haven't seen it yet. We will then discuss the film. Maybe you should watch it too. It will help you imagine what the lives of your family would be like if you had successfully carried out the attack. Maybe not. Talk to your counselors. Trust them. They know more than I do.

But finally and most importantly, thank you. You reached out to your friends and they made the brave decision to ask for help. A tragedy was averted and, I hope, your life will now start the long journey of getting back to better.