The Utah State Legislature is over; Here’s what lawmakers did to your life 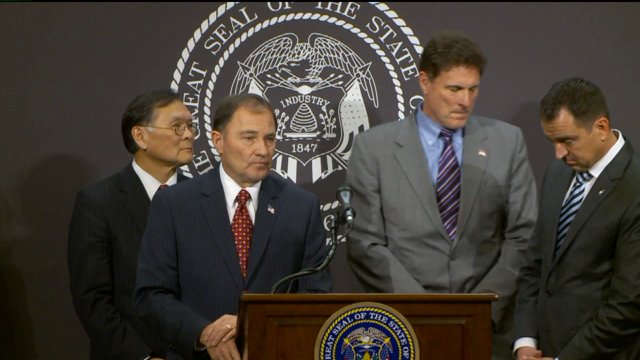 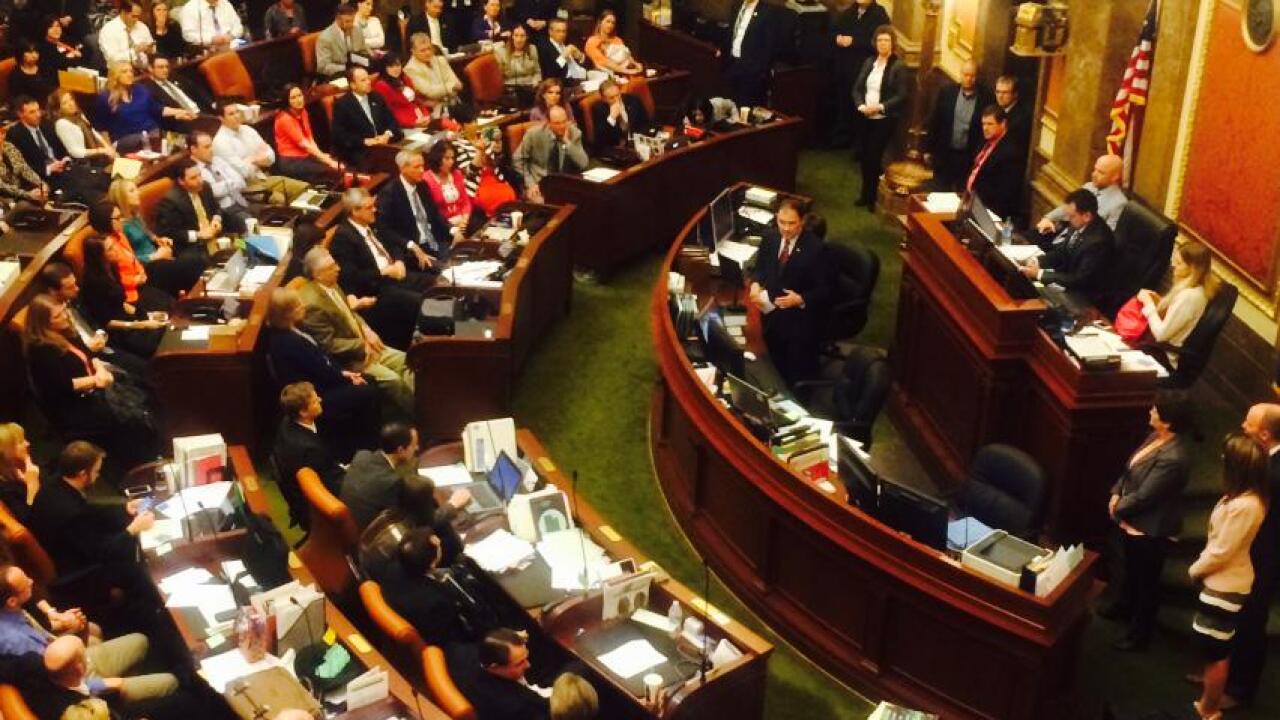 At the beginning of the session, the Utah Office of Legislative Research and General Counsel had said approximately 1,224 bills had been requested by lawmakers. At midnight Thursday, numbers provided to FOX 13 by the Senate showed 528 had passed.

Below are some of the bigger bills to pass, fail and just die without action in the Utah State Legislature. A full list of passed bills can be found here.

Just before midnight, House Democrats voted against the resolution in protest that they were not included in the negotiations between the House, Senate and the Governor's office. Rep. Jake Anderegg, R-Lehi, objected to a portion of the resolution insisting that "doing nothing is an option." The resolution in support of negotiations for health care coverage solutions passed 59-16.

A committee will meet to continue to discuss options to provide health care coverage to Utah's poor. They have a July 31 deadline to reach a deal and go into special session to pass it.

One of the biggest bills to come out of the session, House Bill 348 is a massive series of criminal justice reforms in Utah. The highlights of bill make simple drug possession a misdemeanor instead of a felony and reduces most traffic offenses from misdemeanors to infractions. More money will also be shifted to rehabilitation and treatment for substance abuse instead of incarceration.

"This will save so many lives!" a jubilant HB348 sponsor Rep. Eric Hutchings, R-Kearns, told FOX 13.

In a last minute compromise, the House and Senate agreed to a nickel gas tax increase to pay for infrastructure improvements. Local communities also have the option of raising sales taxes to help pay for transit. House members rejected a line to raise the registration fee on electric, natural gas and hybrid cars.

The Utah Taxpayers Association blasted the move, saying in a statement to FOX 13: “Even in a year when the Legislature had $700 million in surplus revenues, lawmakers have taken taxpayers for granted and increased taxes further."

Funding for education got a big boost this year with nearly $500 million infused into the budget. The weighted pupil unit was set at 4%, less than the 6.25% the governor proposed. The legislature also passed a $75 million property tax hike to help pay for education.

There were dueling bills over this issue. A House bill requiring non-partisan state school board elections was hijacked by the Senate, which made the elections partisan. Attempts to compromise failed, and the bill fell apart at the last session.

Early on in the legislative session, a bill requiring high school students to take a civics test (similar to the one offered to immigrants who wish to become U.S. citizens) passed. Democrats objected to the burden it would place on teachers to prepare for yet another mandated test.

"Utah students will be better prepared to engage in their civic responsibilities as citizens," said Overstock.com CEO Jonathan Johnson, who lobbied heavily for the bill.

Rep. Kraig Powell, R-Heber, told FOX 13 his bill was not even considered this year as lawmakers did not have an appetite to consider many liquor-related bills. However, The Senate passed a House bill making powdered alcohol illegal to possess in Utah.

Senate Bill 259, a bill that would have allowed for medical cannabis to be distributed in Utah, generated a huge amount of talk in Utah. Its sponsor, Sen. Mark Madsen, admitted to using it himself to treat back pain. But the bill died in the Senate. Madsen has vowed to bring it back next year.

The legislature passed a bill that gives terminally-ill patients faster access to experimental drugs still under consideration by the FDA.

Did you know it is a crime to take a picture of your election ballot? A bill passed by the legislature would remove the criminal charge to take a "ballot selfie." It would remain illegal, however, to photograph someone else's ballot.

The Utah State Legislature has approved a bill that would create an election in November to make unincorporated townships in Salt Lake County vote to incorporate or join a "metro township." Salt Lake County Mayor Ben McAdams has scheduled a Friday news conference to announce details of the election, which would affect communities like Magna, Kearns and Millcreek.

The legislature passed a bill that imposes more regulations on the sale of e-cigarettes and vaping devices.

In an interview with FOX 13 on Thursday night, Gov. Gary Herbert threatened to veto Senate Bill 256, that would let anyone over 21 carry a concealed firearm without a permit. The governor's veto is not necessary. The bill was not considered by the House.

The legislature passed a bill requiring some regulations for ride-share companies like Uber and Lyft. The bill had the backing of the companies, who faced a rough ride with the Salt Lake City Council.

The Senate passed House Bill 63, which deals with using cell phones while driving. Under the bill, it would be illegal for you to hold your phone up to your ear while driving, texting or looking something up. Instead, you have to use a hands-free device and can only use "one touch" to use voice activated controls. But the bill died just before midnight.

House Bill 226 passed. The bill, sponsored by Rep. Becky Edwards, R-North Salt Lake, would allow Utah to set tougher clean air standards than even the federal government. But other clean air bills died early on in the legislative session.

The House gave final approval to a bill that would block the Utah Division of Air Quality from instituting a seasonal wood burning ban.

House Bill 104 removes the prohibition on sharing cows for the purposes of milk, something previously not allowed under state law. Despite its silly sounding name, the bill generated a lot of passionate debate in the legislature.

The Senate passed House Bill 79, which lets police stop you for driving without your seatbelt. Previously, it used to be a secondary offense.

"Over 50 percent of the people that die on Utah’s highways are not seat-belted. That tells you a lot," said DPS Commissioner Keith Squires, who supported the bill.

The Senate passed House Bill 11, which brings back the firing squad as a backup method of execution, should lethal injection not be available.

The ACLU of Utah on Wednesday launched a campaign asking people to call the governor's office to ask him to veto the bill. In an interview with FOX 13 on Thursday night, Gov. Herbert indicated that he would sign it.

After nearly a decade of pushing for it, state law has been changed to include lesbian, gay, bisexual and transgender people in Utah's nondiscrimination law concerning housing and employment. Gov. Herbert signed SB296 into law in the middle of the rotunda on Thursday in front of hundreds of cheering people, including gay rights activists who stood next to leaders of The Church of Jesus Christ of Latter-day Saints. The bill was the result of negotiations and compromise guaranteeing LGBT people rights, while at the same time safeguarding religious beliefs.

A companion bill, SB297, allows county clerks to opt out of performing same-sex marriages. Sen. Stuart Adams' marriage bill requires someone in a municipal clerk's office to perform marriages -- or no one gets married. Another religious liberties bill, HB322, passed the House late Wednesday but was not considered in the Senate.

The Senate signed off on House Bill 105, which seeks to protect breastfeeding mothers from discrimination in the workplace. Sen. Margaret Dayton, R-Orem, objected not because she's anti-motherhood, but because she does not support adding "special rights" into law.

The House passed Senate Bill 169, which would prohibit contact lens manufacturers from price fixing after a lively debate.

After some heated debate, the House voted to pass Senate Bill 134, which would increase the level of criminal charges for people who participate in cockfighting. Rep. Earl Tanner, R-West Jordan, defended the practice saying: "There's nothing inherently immoral about fighting chickens."

On Thursday morning, the Senate approved the bill on a 17-7 vote. Senate Minority Leader Gene Davis says he hopes it sends the message: "we don't want cockfighting in Utah."

It appears funding will be allocated for moving the Utah State Prison from its site in Draper. The legislature has passed a resolution sponsored by Sen. Karen Mayne, D-West Valley City, saying that Utah workers will be included in any new prison construction. Sen Lyle Hillyard, R-Logan, said money had been set aside to move the prison: about $80 million.

It's the first of its kind initiative in the nation. House Bill 378 creates a white collar crime registry -- like a sex offender registry -- for convicted fraudsters. Sen. Curt Bramble, R-Provo, said the bill is one of the top priorities of Utah Attorney General Sean Reyes to crack down on fraud in the state.

"Utah is known throughout the nation for its high-level of vulnerability for affinity fraud," said Sen. Bramble. "Utah’s unique personal weavings offer a rich environment for predatory behavior."

Victims of sex abuse got help from House Bill 277, that repealed the statute of limitations for civil lawsuits against perpetrators of sexual abuse. It triggered some debate over false claims and repressed memories, but ultimately the bill set a 4-year deadline for someone to bring legal action.

"I am so excited on behalf of victims across the state of Utah to feel like we are protected, we are valued," said Deondra Brown, a sexual abuse survivor who had lobbied lawmakers on behalf of the bill sponsored by Rep. Ken Ivory, R-West Jordan.

A seemingly innocent bill drafted by a fourth-grade class, this bill triggered a lot of debate, eye-rolls and laughter. The bill would have made the state dog the golden retriever. Lawmakers, with their own pet projects (and favorite breeds), rejected it in the House and the school kids got a real lesson in politics.