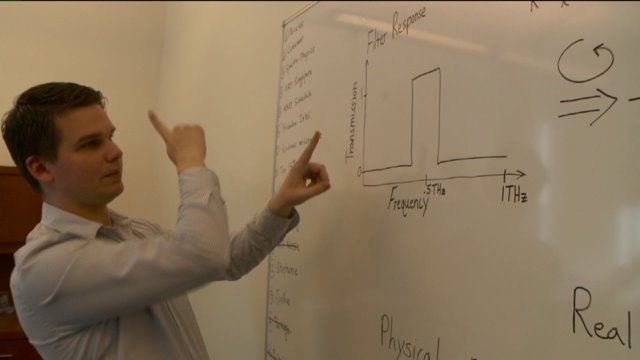 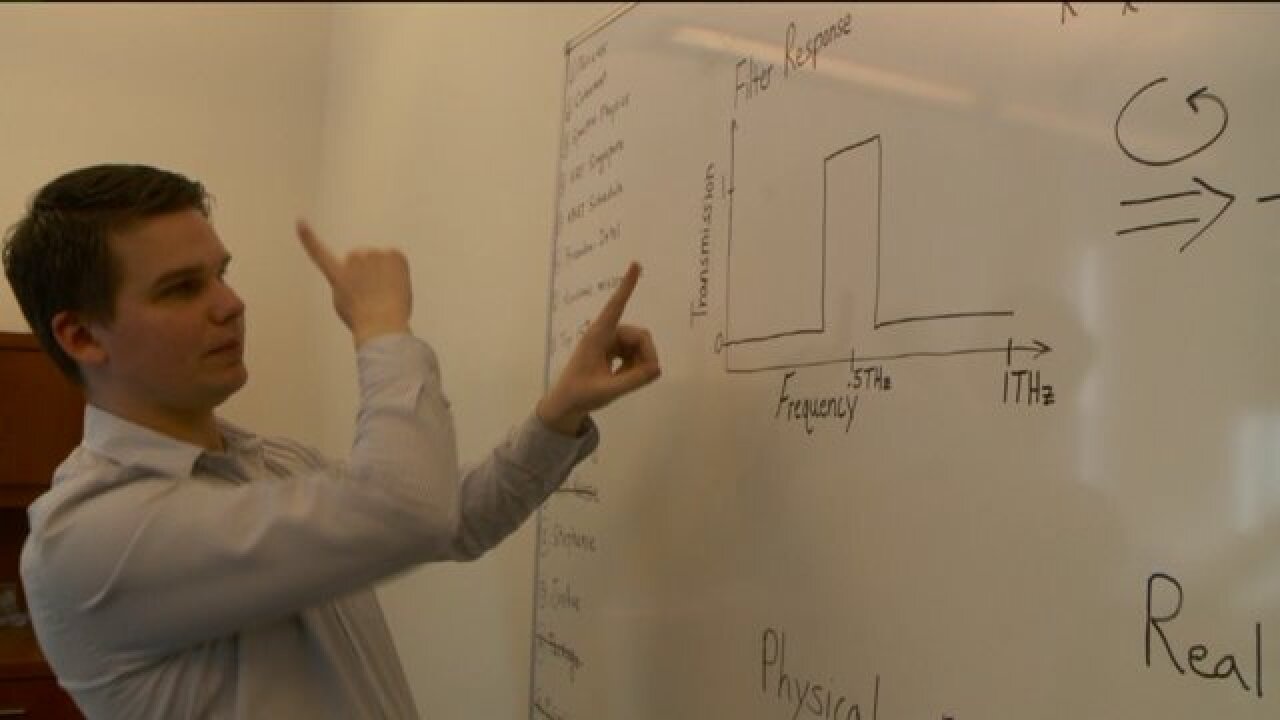 SALT LAKE CITY – University of Utah engineers have discovered a filter for wireless communications that could one day allow cell phone users and internet surfers to download data a thousand times faster.

Two years ago, Andrew Paulson started thinking of ways to tap into terahertz radiation, which is a band of frequencies in the electromagnetic spectrum. One way to do that is through a pass band filter.

“In part of the electromagnetic spectrum we have visible light, which we can see with our eyes,” Paulson said.

Another part of the spectrum has lower gigahertz frequencies.

“Like your cell phone, your computer chips, those all work at gigahertz frequencies,” Paulson explained.

Paulson received his post-graduate degree at the University of Utah, where his masters’ thesis was in the field of terahertz filters. His main focus now is finding a way to use the frequencies to improve communication.

“Everybody now has a smart phone, everybody's downloading videos, everybody's consuming a lot of data,” he said.

He said that in the future, cell phone towers might be devices affixed to buildings or light posts rather than standalone structures, and instead of downloading at 100 megabits per minute, you might be able to download at speeds of up to a gigabit per second.

“That’s sort of an untapped potential that exists,” he said.

The terahertz research at the University of Utah is headed by Professor Nahata, and it is funded by the Material Research Science Engineering Center.

“What we’ve done is created filters that work in the terahertz region, where only certain frequencies of the terahertz light will go through the filter, and the other frequencies are either attenuated or reflected back,” he said.

The filters are printed with different ratios of silver and black carbon inks.

“When we print with this silver ink, these structures become conductive,” Paulson said.

Although terahertz radiation can be used for other things, such as security and medical technology, Paulson says he's focusing on something else.

“Trying to create communication systems where we can have increased bandwidth that will allow people to have more access to data and a more connected experience,” he said.