Jon Huntsman Jr., Utah mayors sign on as ‘friend of the court’ in same-sex marriage case 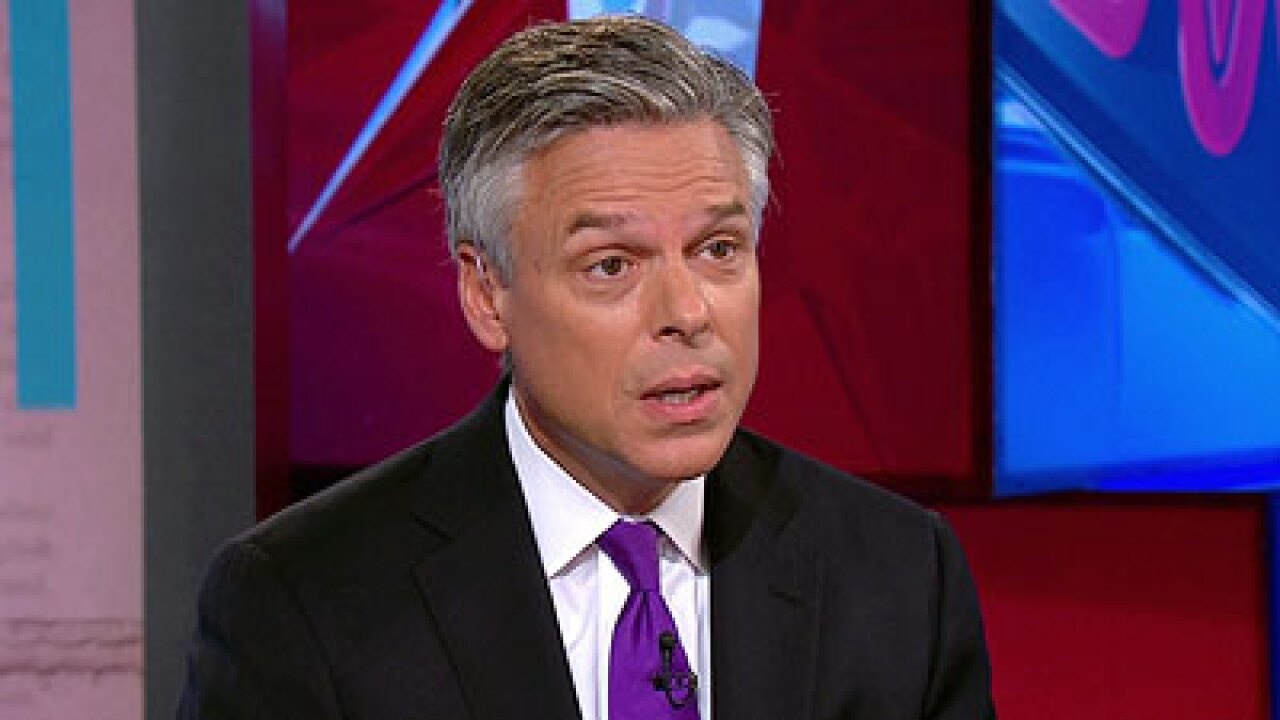 Huntsman and his daughter, Abby, are among hundreds of political conservatives who signed a “friend of the court” brief filed with the U.S. Supreme Court, urging the justices to rule in favor of same-sex marriage nationwide. Other political notables included former New York City Mayor Rudy Giuliani, GOP donor David Koch and Massachusetts governor Charlie Baker. Some who worked on Mitt Romney’s presidential campaign also signed on.

The amicus brief is among many filed with the U.S. Supreme Court in support of same-sex marriage as it prepares to hear arguments over whether such unions should be legalized nationwide. In another filing, Salt Lake City Mayor Ralph Becker and Park City Mayor Jack Thomas joined with mayors from other U.S. cities to support same-sex marriage.

In a statement to FOX 13, Becker spokesman Art Raymond said the mayor was proud to sign his name to the brief.

“He has enthusiastically added his voice of support in the current same-sex marriage case before the U.S. Supreme Court, encouraging SCOTUS to make the long overdue decision to ensure marriage rights for all couples,” the statement said. “Now is the time for our society to move beyond the ignorance that has led to the creation of a second-class tier of citizens and our nation’s highest court can accomplish just that in simply doing the right thing.”

The U.S. Supreme Court will hear arguments on same-sex marriage on April 28.

Utah’s appeal of same-sex marriage was rejected by the U.S. Supreme Court last year, allowing for it to take place in the state. The Utah Attorney General’s Office has said it would be considering whether to file an amicus brief in opposition to same-sex marriage.