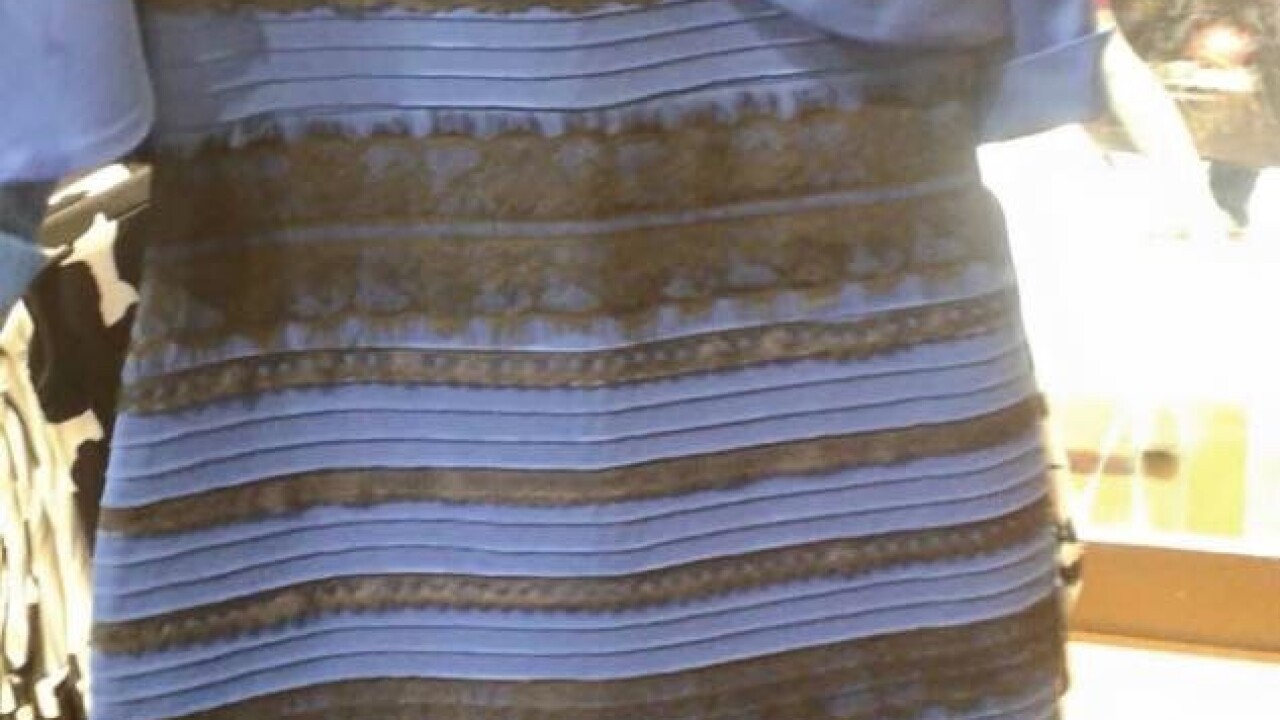 An unusual debate is attracting a storm of Internet commentary as viewers disagree over whether “the dress” is black and blue or white and gold.

Things started when Tumblr user swiked posted a photo of the dress Wednesday and asked: “Guys please help me – is this dress white and gold, or blue and black. Me and my friends can’t agree…”

The image has gone viral, with some people saying the dress is white and gold while others insist it is blue and black. Some people have theorized the discrepancy arises from the way human eyes interpret color in varying degrees of darkness. Supposedly those who see different colors do so because the cones in their eyes aren’t responding to dim light. Some have found that viewing the same photo with different brightness settings or on different screens changes the colors they see.

There are various other explanations for the widespread dispute regarding the colors of the dress, and an Ask Science thread on Reddit has several explanations. Many focus on color constancy illusion and the idea that there is ambiguity when we look at the photo of the dress about whether we are seeing it under blue-ish daylight or under a more yellow light like you might see in a retail store. The background color we see an object surrounded by can influence our perception of the color. Click here for the thread.

Wired.com posted a more complex explanation of the phenomenon, cited some neuroscientists and provided side-by-side comparisons of the dress showing the original image and then the photo white-balanced as if the dress was black and blue and another as if it were white and gold.

The in-depth explanation is complex, but the tl;dr from Wired is: “Without you having to worry about it, your brain figures out what color light is bouncing off the thing your eyes are looking at, and essentially subtracts that color from the “real” color of the object.” Depending on what your brain assumes the background color is, natural daylight or more artificial yellow light, certain colors in the photo of the dress will be “subtracted” by your brain.

A good example of the illusions that can occur when background colors distort our perceptions can be found by clicking here.

The dress is available on Amazon and is labeled as being Royal Blue.

What color do you see?