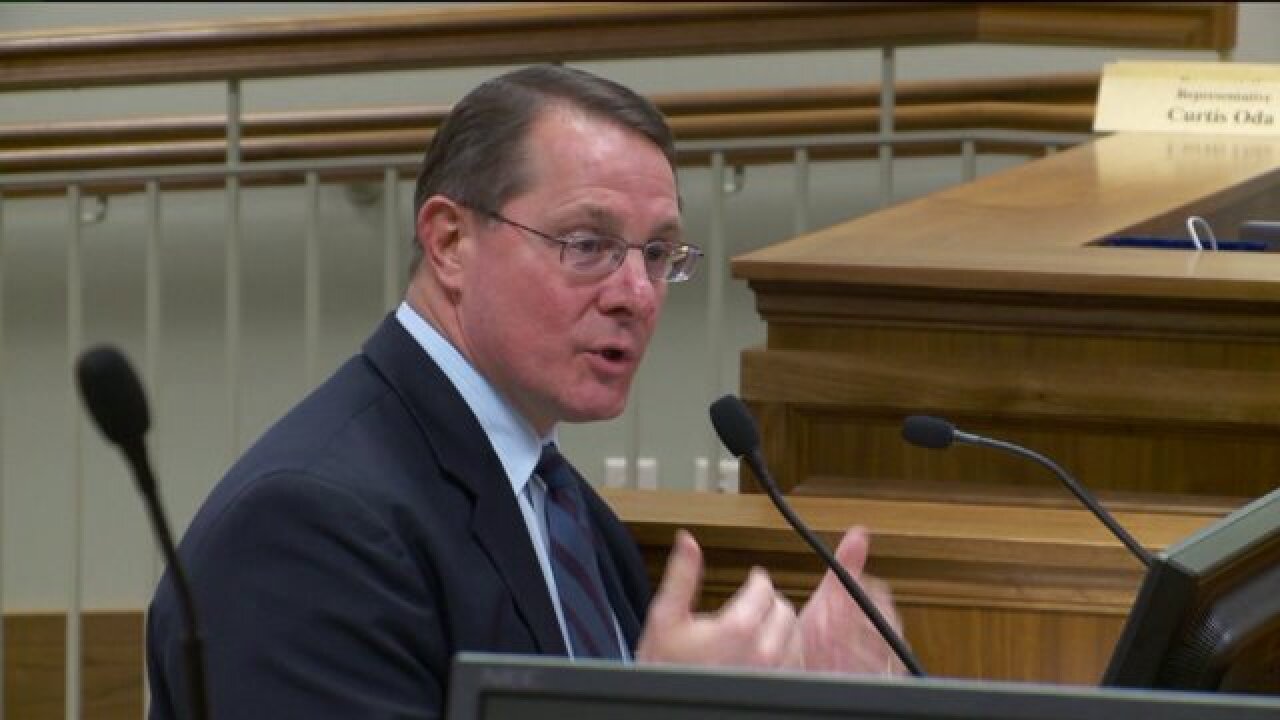 Rep. Ken Ivory, R-West Jordan, argued his bill would allow victims to seek the justice they deserve in court.

"Every single day, someone who turns 22, loses any opportunity to bring a claim against a perpetrator who abused them sexually as a child," Rep. Ivory said.

Seated behind him during a meeting before the House Judiciary Committee were three victims of abuse, who can longer pursue cases against their attackers. Ivory's wife, Rebecca Ivory, was one of them.

"I turned my abuser in back in 2003, which was a good 20-some odd years after it happened," Rebecca Ivory said.  "It sends the message that, you know what, if you're a victim, you have the right to seek redress."

In 2008, Utah eliminated the statute of limitations on criminal child sexual abuse cases. However, under current law, the statute for civil cases runs out four years after a victim turns 18, or at the point of the "discovery" of the abuse.

"That's the gold standard of what we are looking for is to allow the adult survivors in our midst to help us, as the public, understand who are the perpetrators today," said DeAnn Tilton, who was abused for several years before the age of 10.

Lawmakers expressed some fear Monday that an alleged abuser would have difficulty building a credible defense if the limitation was removed.

"It seems to me that there is a concern, a legitimate concern that would be raised by the defendant in that civil action to say, 'How am I supposed to defend against this?'" said Rep. Brian King, D-Salt Lake City.

However, Rep. Ivory countered that the burden of proof would be on the plaintiff in the case, not the alleged abuser.

Before lawmakers voted, there was some confusion about a proposed amendment to the legislation.  Initially, Rep. Ivory had planned to include language that would address how an employer could be held responsible in a civil case involving an employee who committed the abuse. But Monday's proposal excluded the amendment.

"We didn't want to open that can of worms today," Rebecca Ivory said. "We're not upset because this is a huge step. People have been trying to get this changed for a long time."

The committee ultimately voted in favor of the bill, sending it to the House floor for further debate.

"It's our first, necessary, crucial hurdle to helping victims get their day in court," Tilton said.