Police: Kearns couple beat boy, made him stand in corner for weeks 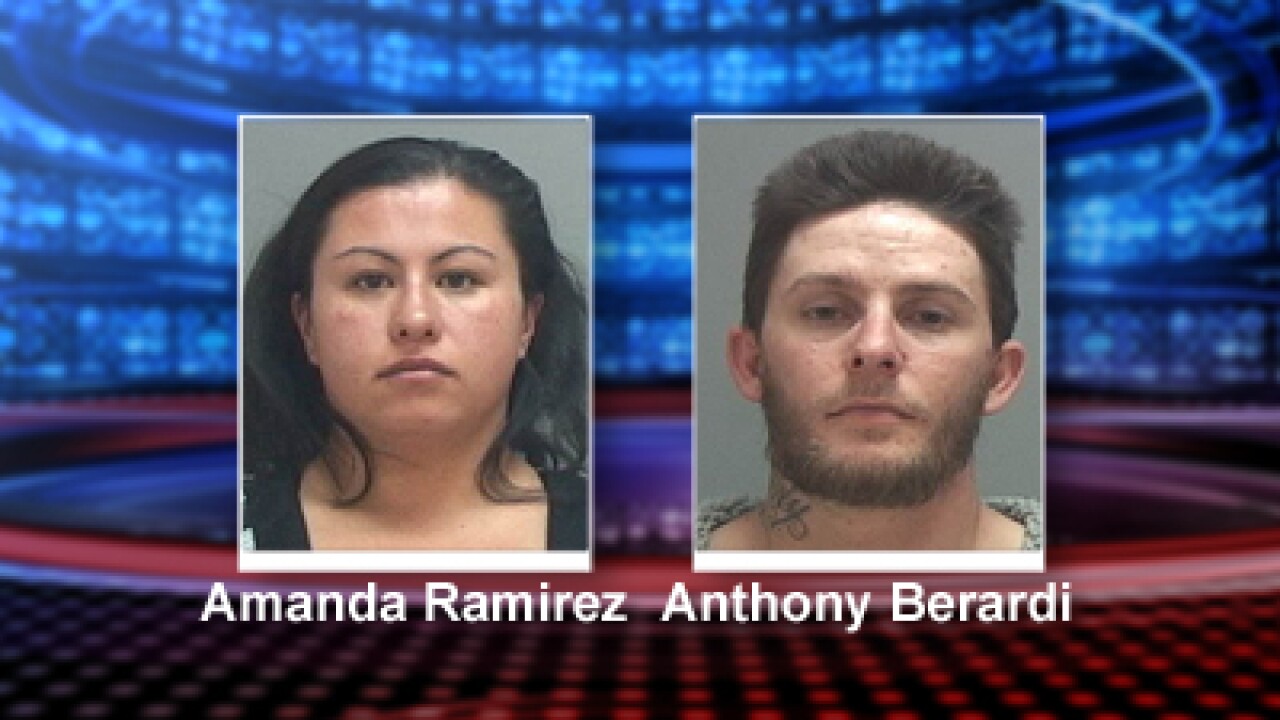 KEARNS, Utah — A Kearns mother and her boyfriend were charged last month after police say the couple made an 11-yearold boy stand in a corner whenever he was home and beat him.

Anthony Berardi, 29, and Amanda Ramirez, 28, were charged in Third District Court on 10 counts each of child abuse, each class A misdemeanors.

Between October and Nov. 14 last year, court documents indicate, Berardi and Ramirez made the boy, stand in a corner when he was home. He was reportedly only allowed to leave the corner to go to the bathroom, eat dinner and go to bed.

Court documents state that if the child left the corner, Berardi hit him with a belt or punched him in the head.

Berardi kept a tally of how many times the boy moved while he was in the corner, court documents state. At the end of the day, Berardi hit him with a belt for every time the victim moved.

In one particular incident, the probable cause statement indicated, that the boy was hit with a belt 51 times by Berardi in one night.

The victim stated that Ramirez, the boy’s mother, watched Berardi hit him but did not stop him or prevent Berardi from the repeated assaults.

According to the probable cause statement, Ramirez stated that “we are both enforcing my rules.”

A warrant for Berardi and Ramirez’s arrest was issued Jan. 21. Both were taken into custody and booked into Salt Lake County Jail.

Berardi will be arraigned Wednesday in Third District Court.

Ramirez will appear next in court on March 5 for a special preliminary hearing.