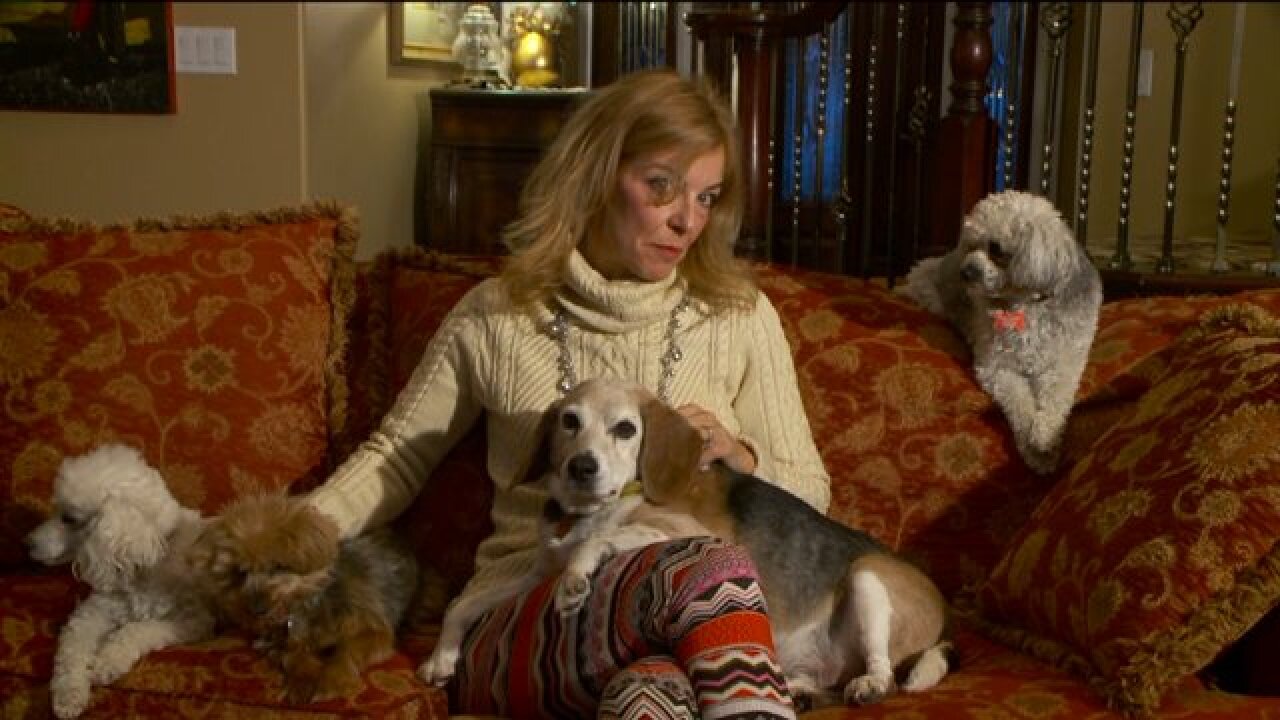 OGDEN, Utah -- Some aging animals from Utah shelters are finding their final homes thanks to the Ogden-based non-profit organization Hope's Rescue.

Founder Marti Russell says the inspiration and namesake for the organization comes from a dog she had a personal connection with.

"Hope was named after a little chihuahua that was thrown into a fire pit here in Ogden and was burned on about 80 percent of her body; we had her in our rescue and she passed away," she said.

For the past two years, Russell and a team of volunteers have been rescuing cats and dogs from shelters across Utah--focusing on animals who would likely never be adopted. The animals are then paired with a foster family willing to care for them until the end.

Currently, 13 dogs and three cats have been placed. Hope's Rescue pays for the ongoing care of the animals--including food and veterinarian bills.

Uintah resident Catherine Macloud currently cares for two of the organization's dogs. One had previously been neglected, has no teeth, and is going blind. The other has a history of seizures, but his health has stabilized since arriving in her home.

Still, she knows the day will come when nature will take its course or the veterinarian who oversees their care on behalf of Hope's Rescue will recommend euthanasia.

"I had one foster dog that I had to say goodbye to, and I had her about five months. It was really hard, really hard. But, I would do it again," she said.

Hope's Rescue stays afloat financially by way of donations. They also foster around a dozen younger, healthier dogs and cats which are up for adoption and available to view on their website. Adoption fees collected for those animals help to offset the costs of the other animals requiring end of life care. For more information, visit their website.