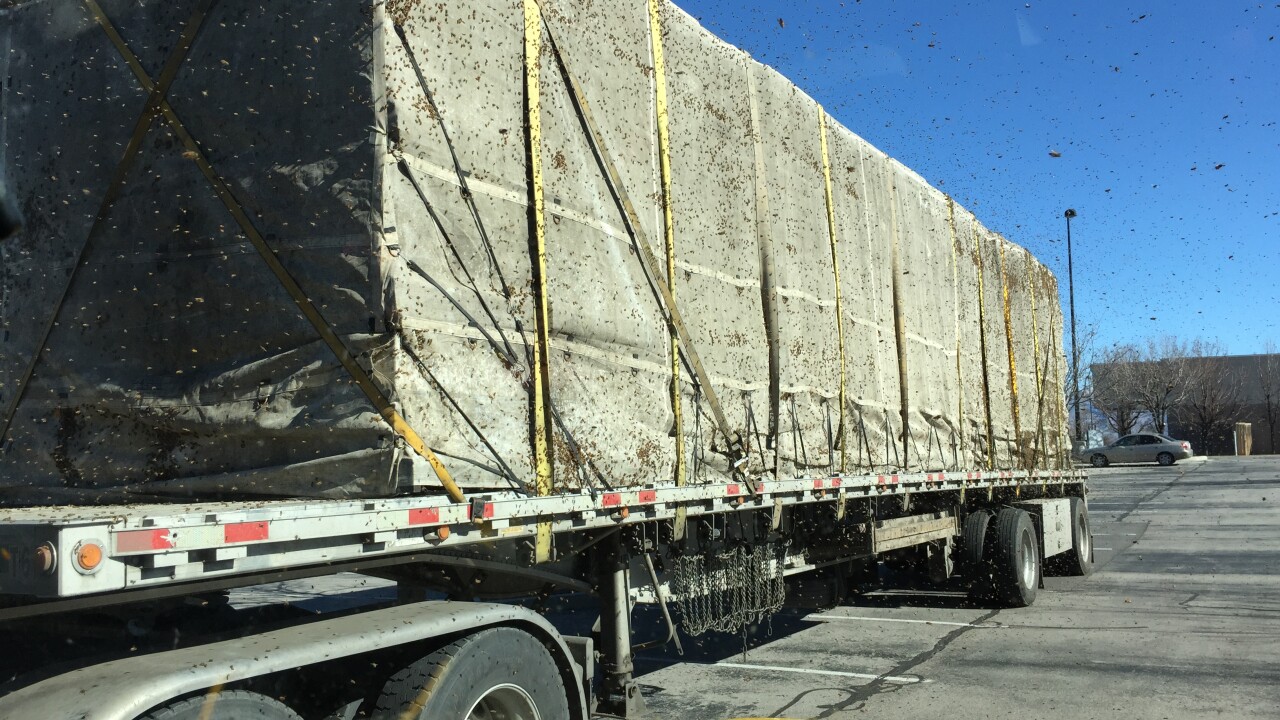 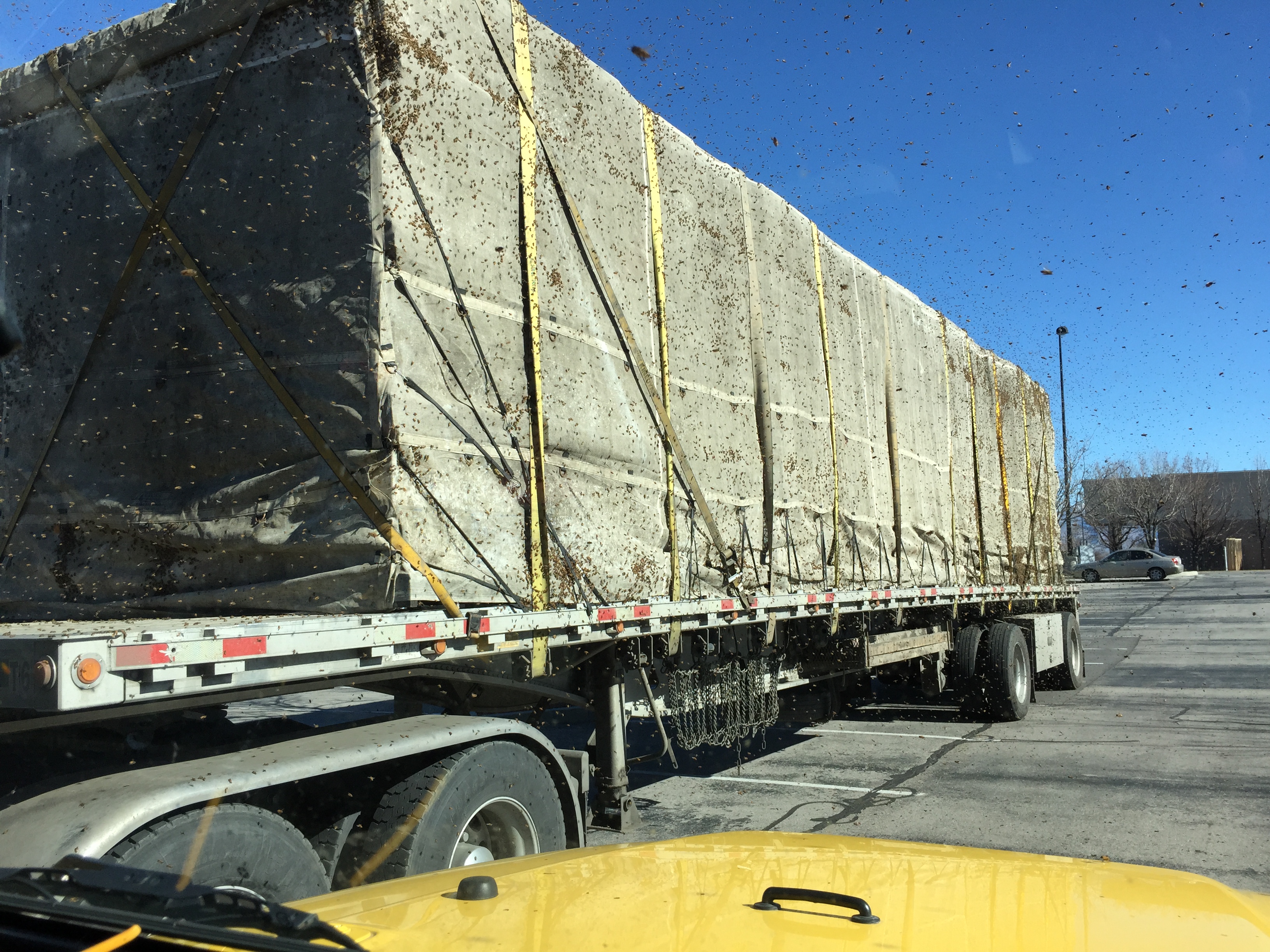 WEST VALLEY CITY, Utah – The parking lot of a home improvement store in West Valley City was a hive of activity Sunday after thousands of would-be colonizers escaped confinement and many were ultimately left behind by the driver transporting them.

Photos and video from the scene show swarms of bees buzzing about the vehicles and at least one shed in a Lowe’s Parking lot, located at 4050 South 5600 West in West Valley City, Sunday, and an amateur beekeeper who turned up to take advantage tells FOX 13 News the bees appear to be from multiple swarms. There were no reports of injuries or problems caused by the bees.

Shawn Milne has been a hobbyist beekeeper for about four years, and he came to the Lowe’s after hearing that a driver hauling several colonies of bees on a semi-trailer stopped at the parking lot to secure his load and then left bees behind.

“For one reason or another, a bunch of them got out, and he pulled over into this parking lot here in order to secure the load and let them calm down, which typically takes a while,” Milne said.

The truck pulled in around 12:30 p.m. and left at about 1 p.m.  Video submitted by Tyson Dean shows the bees swarming around the truck, see above for the footage. The bees congregated on vehicles and at least one shed. Milne said this time of year is when beekeepers will commonly pool their hives and send them to various groves for pollination, which benefits beekeepers by increasing their honey haul. He said that is likely the case with these bees. He said in this case the diversity in bees makes cleanup more complicated.

“Well, normally it would be as simple as a nice dark box, or some sort of container, that you can sweep the queen [in to], and the other bees will calmly follow,” he said. “In this particular case, where we have what seems to be multiple swarms, they are all particularly agitated and it’s not as easy a task as it normally would be.”

Milne said since many of the bees seem to be from different colonies, those left behind will be solitary for the rest of their lives—which he estimates at about a month. He said the solitary bees will still go about the business of pollination. Milne was there to capture some of the remaining bees for use in his hives. There were a number of dead bees in the area, which he said could be caused by the agitation they experienced. He said it is also possible some sort of pesticide was used to keep the bees away from vehicles.

While the sight of so many bees may cause some to panic, Milne said the insects are actually the most calm when they are swarming. He said that is when bees are full of honey and ready to start a colony. Still, he said it is a bad idea to poke at bees and advised people to call a pest control expert or beekeeper if they see swarms.

By the time FOX 13 News arrived on scene, the truck with bees had already departed. Its origin and destination are unknown.