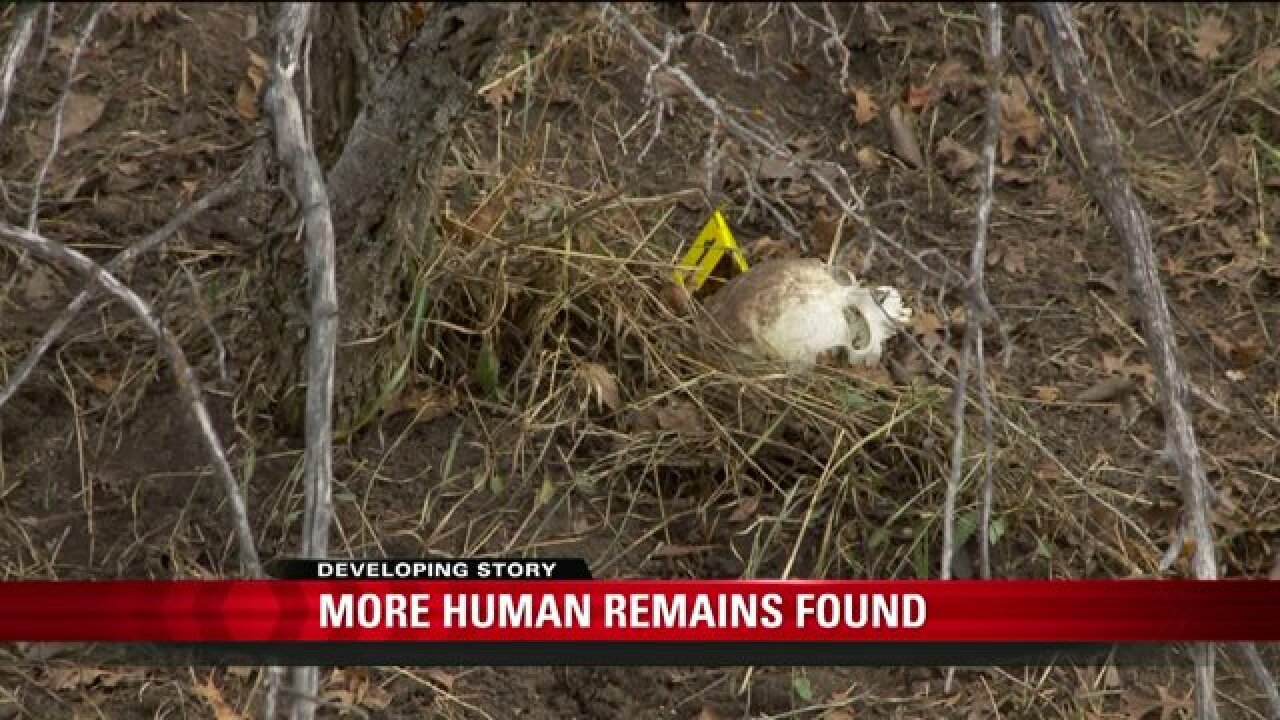 DAVIS COUNTY, Utah – Investigators in Davis County are undergoing a “meticulous investigation” officials compared to an archeological dig after a human skull was found by a man walking along a path Thursday night.

After the discovery of the human skull, which officials said appears to be quite old and not tied to recent criminal activity, crews searched the area and found more human bones and some fragments of clothing. The remains were found near the Highway 89 frontage road in the area of Fruit Heights.

Police said earlier in the week this is a homicide investigation until they learn otherwise, and in an update issued Saturday by the Davis County Sheriff’s Office authorities stated they are focusing their search efforts, “on the area surrounding the main gravesite which is toward the top of the hill. The gravesite meaning the area containing the majority of skeletal remains.”

The skull was found farther down the hill than the other remains, which official said could have occurred due to weather or animals shifting the remains. They also said the skull’s shape may have caused it to roll.

Crews have obtained permission from the homeowner at the top of the hill to access the area via the home’s backyard, and officials stated the home is not involved in the investigation.

The release said this is a very meticulous investigation, “That is similar to an archeological dig.” They said it will be a slow and methodical process to gather evidence in the area. They have already transported some evidence from the area to a lab, but they said investigators will remain in the area for an undetermined amount of time.