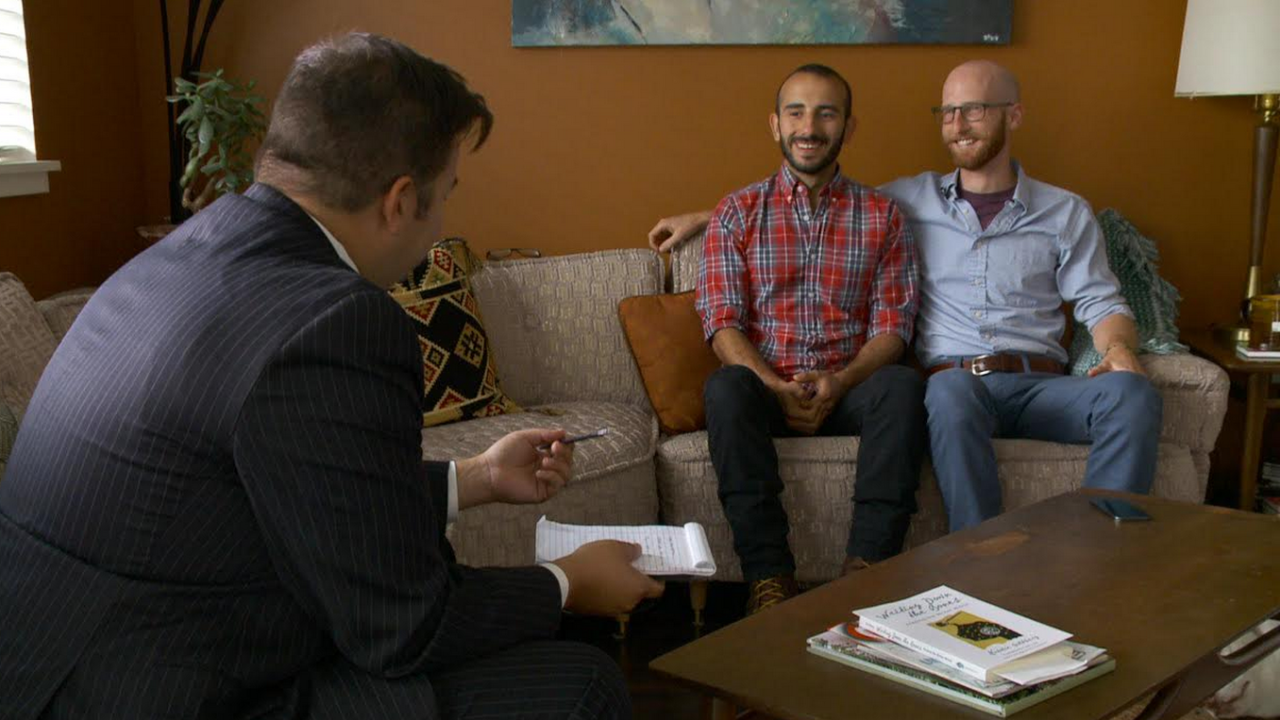 Amendment 3 plaintiffs Moudi Sbeity and Derek Kitchen, in an interview with FOX 13.

SALT LAKE CITY — Derek Kitchen, who sued the state of Utah for the right to marry his partner that led to same-sex marriage becoming legal in Utah, is running for city council.

Kitchen announced on Twitter and Facebook he is running for Salt Lake City Council’s District 4, which oversees the downtown area. The seat is currently held by Luke Garrott.

He declined to comment to FOX 13 on his run ahead of a campaign kickoff event next week.

Kitchen and his fiancee, Moudi Sbeity, are among the three couples who sued the state of Utah over its same-sex marriage ban in the landmark case that became known as Kitchen v. Herbert. Amendment 3 was overturned by a federal judge and later the 10th U.S. Circuit Court of Appeals. Same-sex marriage became legally in the state last year when the U.S. Supreme Court declined to hear the state’s appeal.