‘Not going to put my child at risk to save another,’ un-vaccinated family on measles 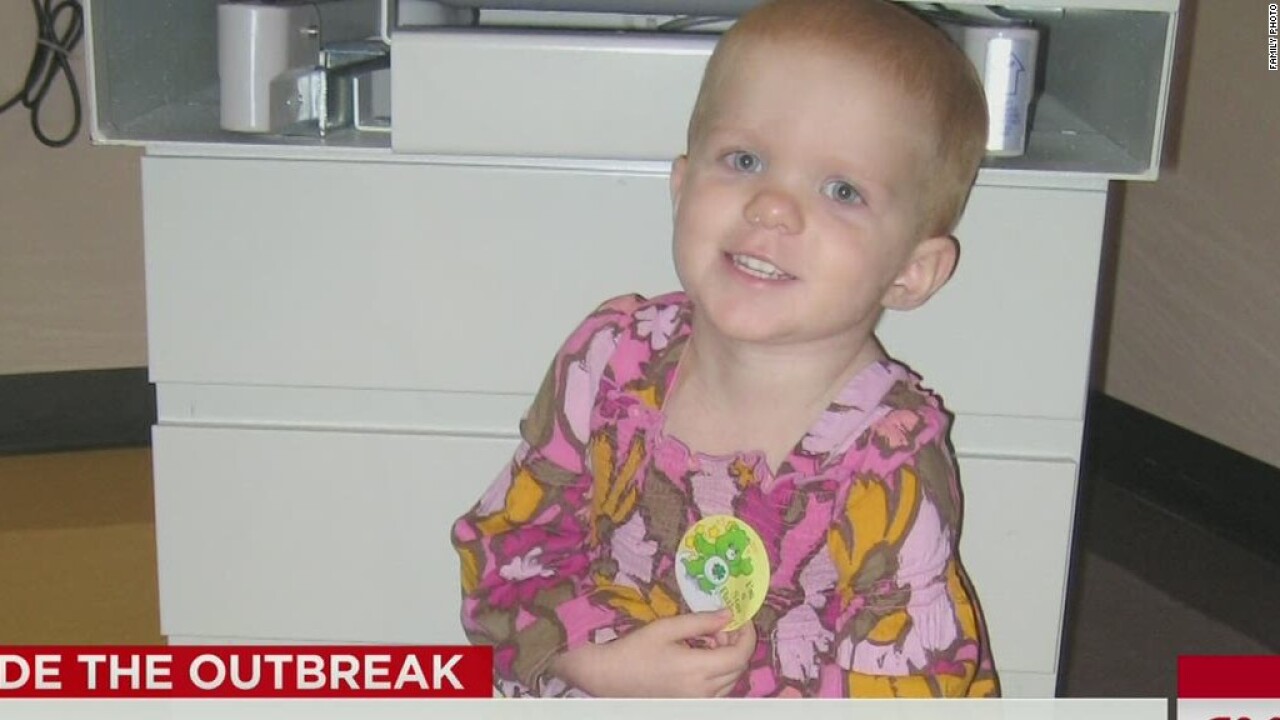 Anna Jacks checks her baby’s forehead over and over again. Is he hot? Does he have a rash? Is his nose still runny?

Her son has been sick before, but this time it’s different: Last week Eli was at a Phoenix Children’s Hospital clinic with a woman who had the measles, which spreads easily from person to person. Now he’s showing signs of the virus, such as runny nose and cough and fatigue.

At 10 months old, Eli is too young to get vaccinated and would be especially vulnerable to serious complications of measles, such as deafness and brain damage or even death.

But his parents have an even bigger worry. If Eli does have the measles, he could give it to his 3-year-old sister, Maggie, who has leukemia.

So far Maggie is feeling fine, but her parents know that with her immune system wiped out by chemotherapy she’s even more vulnerable than her brother to complications.

“My biggest fear is that I’ll lose my child, or that she’ll become deaf,” Anna Jacks said. “My family has been through enough with cancer. I don’t want her to go through anything else.”

According to Arizona health officials, the woman at the clinic who put the Jacks children in danger was herself infected by members of a family that doesn’t vaccinate and got measles during a visit to Disneyland, where the outbreak began more than a month ago.

This week, Maggie and Eli’s father, Dr. Tim Jacks, wrote a blog post in which he expressed his feelings to this family.

“Towards you, unvaccinating parent, I feel anger and frustration at your choices,” wrote Jacks, a pediatrician. “Why would you knowingly expose anyone to your sick unvaccinated child after recently visiting Disneyland? That was a boneheaded move.”

“Your poor choices don’t just affect your child,” he continued. “They affect my family and many more like us. Please forgive my sarcasm. I am upset and just a little bit scared.”

The Jacks family asked a CNN crew not to enter their home or meet with Eli.

Out of an abundance of caution we also chose not to meet with Maggie or with Tim Jacks, who has limited immunity to measles.

We spoke to Anna Jacks in person because blood tests show she has complete immunity to measles.

The Jackses don’t know the identity of the vaccine refusers who put their children in danger, but Anna Jacks said she knows what she would say to them if she ever met them.

But Dr. Jack Wolfson said it’s the Jacks family who should keep themselves at home, not him.

Wolfson, an Arizona cardiologist, refuses to vaccinate his two young sons. He said the family that didn’t vaccinate and endangered the Jacks children did nothing wrong.

“It’s not my responsibility to inject my child with chemicals in order for [a child like Maggie] to be supposedly healthy,” he said. “As far as I’m concerned, it’s very likely that her leukemia is from vaccinations in the first place.”

“I’m not going to sacrifice the well-being of my child. My child is pure,” he added. “It’s not my responsibility to be protecting their child.”

CNN asked Wolfson if he could live with himself if his unvaccinated child got another child gravely ill.

“I could live with myself easily,” he said. “It’s an unfortunate thing that people die, but people die. I’m not going to put my child at risk to save another child.”

He blamed the Jacks family for taking Maggie to the clinic for care.

“If a child is so vulnerable like that, they shouldn’t be going out into society,” he said.

Anna Jacks said she hopes vaccine refusers get educated and change their minds.

In the meantime, she prays that her daughter recovers from leukemia and that both her children avoid getting measles.