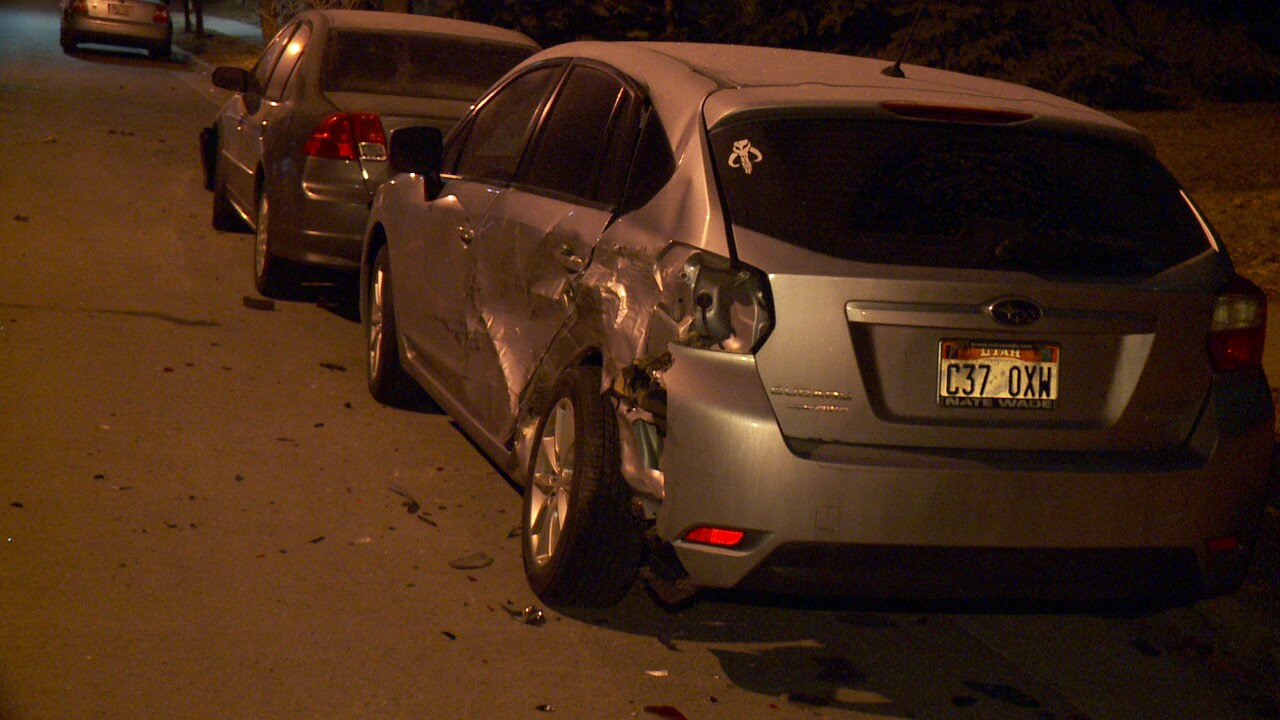 One of several cars struck by an alleged DUI driver.

SALT LAKE CITY – A man was arrested on suspicion of DUI after he allegedly struck between three and four cars with a vehicle before his SUV left the road and ended up on the yard of a home in Salt Lake City late Saturday night.

Lt. Eddie Cameron, Salt Lake City Police Department, said the 20-year-old man was driving a Cadillac Escalade on Highland Drive, and he said the man appeared to have struck or sideswiped between three or four parked cars before his vehicle went over the curb and into a lawn. The vehicle hit a fence and a tree at the home, which is located near 2500 South along Highland Drive.

There were no injuries reported in connection with the incident, which occurred around 11:30 p.m., and Cameron said that it could have been much worse considering how busy Highland Drive can often be.

“Highland Drive is actually quite a busy street, so we’re lucky he didn’t run into somebody coming the other direction or, you know, walking on the sidewalk,” Cameron said.

Police said the driver appeared to be intoxicated at the scene of the crash, and he was found to have a blood alcohol content higher than the legal limit. Cameron said the man would be booked into jail for DUI and several other charges.