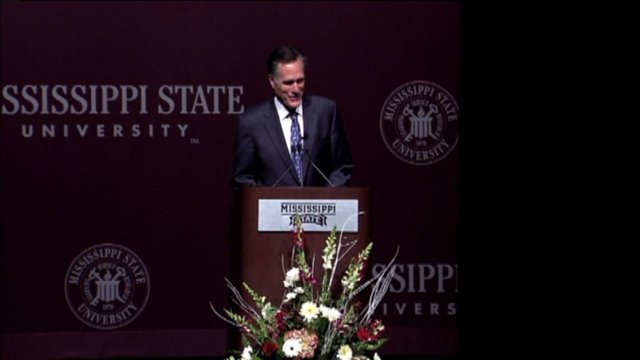 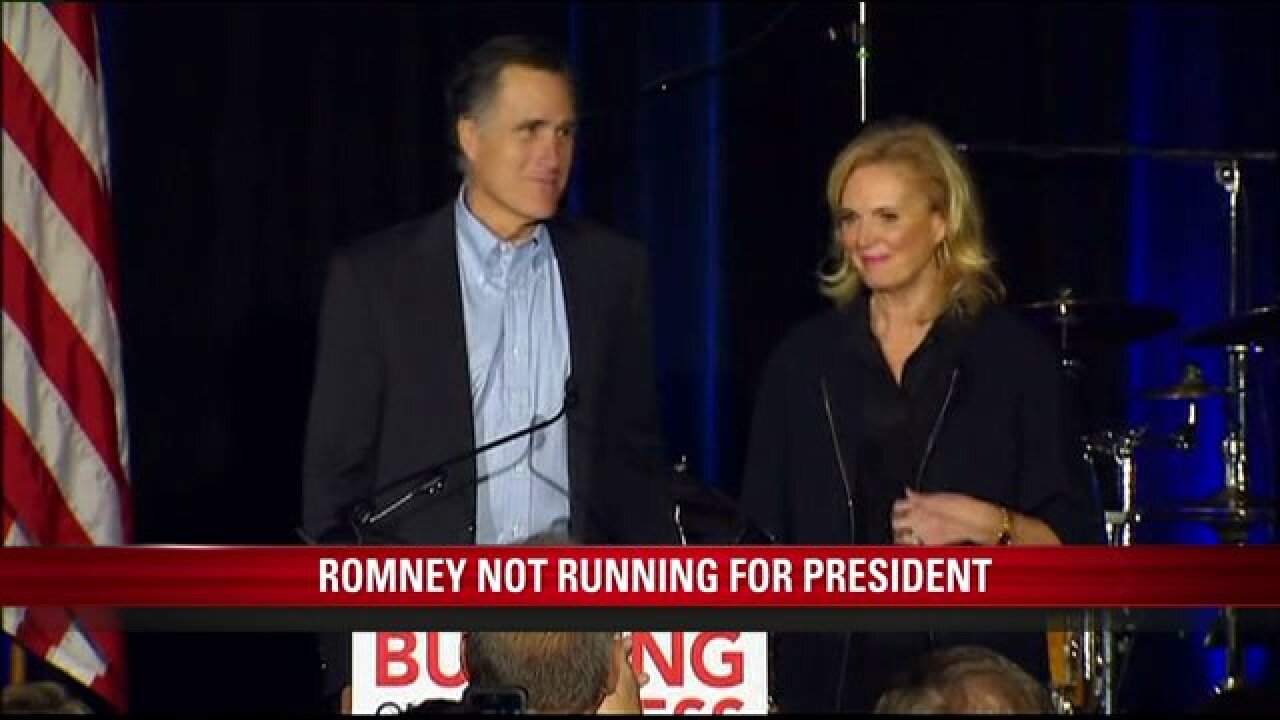 Former Massachusetts Gov. Mitt Romney will not make a third run for president, he told supporters on a Friday morning call, saying he believes it's "best to give other leaders in the party the opportunity" to become the nominee.

Romney acknowledged during the call that he may not have been the strongest contender for the GOP in a general election, and said that was the primary motivation behind his decision.

"I feel that it is critical that America elect a conservative leader to become our next president. You know that I have wanted to be that president. But I do not want to make it more difficult for someone else to emerge who may have a better chance of becoming that president," he said.

The 2012 GOP nominee said on the call that he'll "do whatever I can" to help elect that person --- and attempted to tamp down any further speculation over whether he'll change his mind.

"That seems unlikely," he said. "Accordingly, I'm not organizing a PAC or taking donations; I'm not hiring a campaign team."

Romney said that while he's "convinced that we could win the nomination ... it would have been a difficult test and a hard fight."

"Our finance calls made it clear that we would have enough funding to be more than competitive. With few exceptions, our field political leadership is ready and enthusiastic about a new race. And the reaction of Republican voters across the country was both surprising and heartening," he said, noting early primary polling that's had him leading the potential GOP primary field.

But since his surprise announcement to donors earlier this month that he was interested in making another bid, Romney has had a rocky start.

He's faced deep skepticism from some quarters within the party, including some of his major donors and former campaign aides. Many expressed concerns that Romney wasn't the best option to take on expected Democratic nominee Hillary Clinton, whom the GOP plans to portray as old news and out of touch -- both characterizations that could dog the former Massachusetts governor if he runs again as well.

And the decision this week of a top Romney operative in Iowa to sign up with Bush's campaign was the latest in a series of defections, raising doubts on Romney's chances going forward.

But Romney's decision not to run doesn't remove him from the 2016 calculus. Rather, it sets him up as a certain kingmaker in the wide-open GOP primary, as he still holds sway over many major donors and has deep respect within the party.

And it solidifies former Florida Gov. Jeb Bush's position as the preferred candidate of the establishment in the GOP primary, improving his chances in the overall fight. A wide array of conservative contenders are expected to jump in the race and will jockey for position; Romney's exit leaves just Bush and New Jersey Gov. Chris Christie as the clear establishment contenders.

"Though I'm sure today's decision was not easy, I know that Mitt Romney will never stop advocating for renewing America's promise through upward mobility, encouraging free enterprise and strengthening our national defense," Bush posted on his Facebook wall Friday after the announcement came. "Mitt is a patriot and I join many in hoping his days of serving our nation and our party are not over.