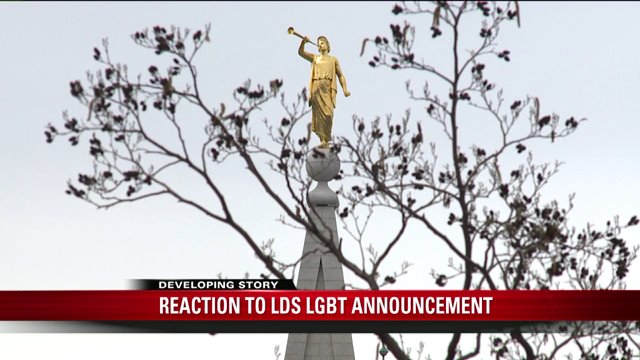 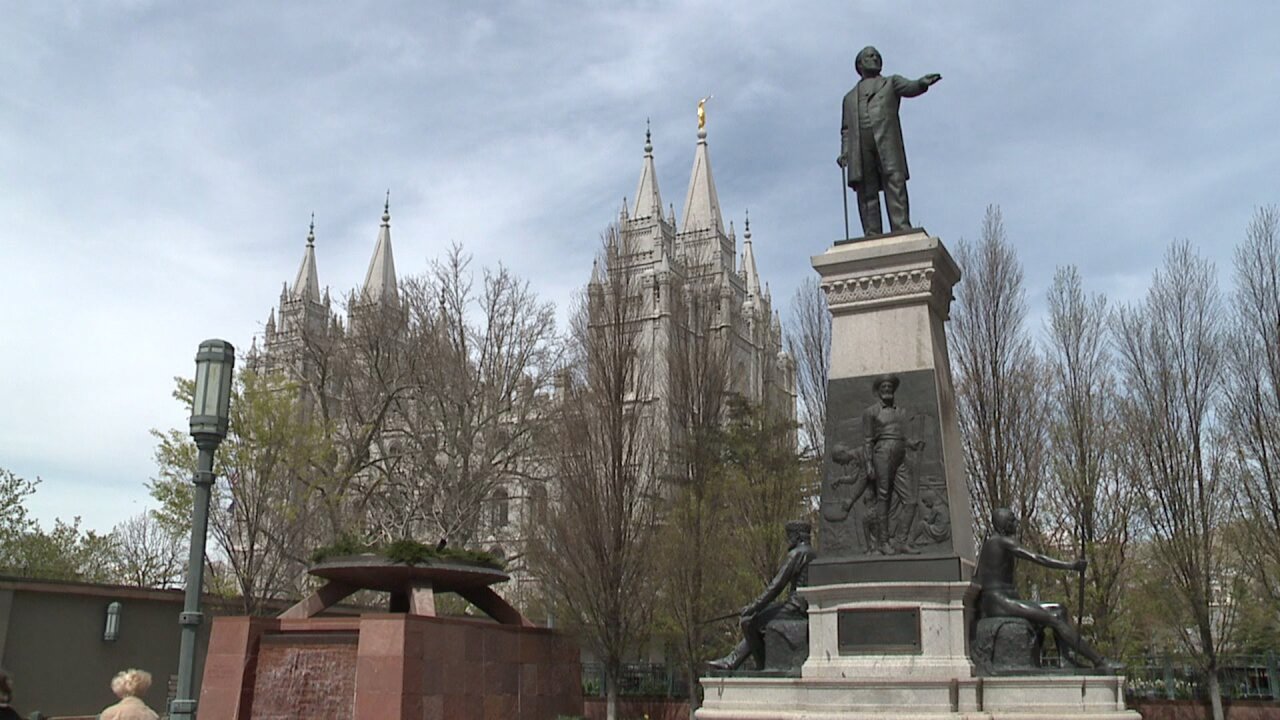 SALT LAKE CITY - The Church of Jesus Christ of Latter-day Saints announced its in support of including sexual orientation and gender identity to the statewide discrimination statute for housing and employment, extending protections to all Utahns including lesbian, gay, bisexual and transgender citizens.

Utah leaders across the state are now responding to the announcement.

“We are grateful for today’s announcement by leaders of The Church of Jesus Christ of Latter-day Saints that balances non-discrimination protections with religious liberties.

We are hopeful that the legislature will act to ensure these protections for all involved. We encourage a civil and mutually respectful discussion on this issue.”

“As the first city in Utah to successfully pass an ordinance guaranteeing protections for our LGBT residents in the areas of employment and housing, I laud the decision of LDS Church leaders to publicly re-visit today the support they showed for our local effort in 2009. While over a dozen Utah cities have followed us in passing similar ordinances, it is beyond the time for these appropriate and fair protections to be a part of state law. I urge our state lawmakers to follow the lead of church officials and work to get this legislation passed in the current session. It’s just the right thing to do.”

“The statement made by The Church of Jesus Christ of Latter-day Saints today is an additional and important step to help us find common ground on these important issues. It will be helpful in our effort to resolve these difficult and emotional matters. I firmly believe that, in order to protect the personally held values of people on all sides, any advancement of non-discrimination legislation should be coupled with legislation to safeguard protections to religious freedom. I am confident that, as elected officials, we can work together with religious, business and civic leaders as well as the LGBT community to craft policies that treat all people with dignity and respect.”

"I am proud that the LDS Church has seen fit to lead the way in non-discrimination. As a Church, Mormons have a long history of being the victims of discrimination and persecution. They understand more than most the value and strength of creating a civil society that judges people by the content of their character and their ability to do a job. Since serving as a Senator, and as the only LGBT member of the Utah legislature, I can say one of the joys of the job has been to meet and enjoy the company of LDS officials. I know that, together, we can build a community that strongly protects religious organizations, constitutional liberties, and, in addition, creates a civil, respectful, nurturing culture where differences are honored and everyone feels welcome."

“No one should be discriminated against simply because of who they are, whether it’s having a decent place to live or a job to support themselves and their families or their religious beliefs. In 2009, I helped craft the Salt Lake City ordinances granting protections against discrimination and as a Utah State Senator, sponsored legislation in 2010, 2011 and 2012 to expand these protections statewide. Treating people with dignity and equality under the law and protecting constitutionally granted religious liberties are compatible goals. I support both, due to my deeply-held religious beliefs and my LDS faith. As a policymaker and public servant, I’m ready to join in a mutually respectful and constructive dialogue with all who would make Utah a place where nondiscrimination and constitutionally- granted religious freedoms are the rule.”

“Non-discrimination has always been about supporting and protecting Utah families. As a large employer and moral leader both in Utah and abroad, the LDS Church’s impact reverberates through the world. Democrats are grateful to all the stakeholders who have taken a seat at the table to work to make our state better.”

“Today, the LDS Church’s message is clear, all people should feel safe while at work, in their homes, and out in public. Utahns are known for their compassion, and the LDS Church is sending the message to the rest of the nation and world that we should embrace all people in our community as fellow citizens and fellow human beings regardless of sexual orientation or religion.   This is a courageous move by the LDS Church and we understand the sensitivity of this issue on both sides.  Democrats hope for the passage of a state-wide non-discrimination ordinance through empathy and open debate.”

“We laud the LDS Church’s statement of support,” Equality Utah Executive Director Troy Williams said. “The Church joins a growing number of faith, civic and corporate leaders who also stand on the side of compassion and fairness. We believe that gay and transgender Utahns can live and work beside people of faith. Many within the LGBT community are themselves people of faith. We look forward soon to the day when all Utahns have the opportunity to live and work freely in the state we call home.”

"Sutherland Institute welcomes the helpful comments from leaders of The Church of Jesus Christ of Latter-day Saints this morning on religious liberty and nondiscrimination. We endorse the principles outlined in the press conference and look forward to continuing a constructive role in ensuring respect for these principles as the Utah Legislature considers these issues. Sutherland Institute has long called for protection of religious freedom for individuals and organizations. This principle must be reflected in any proposed legislation. Residents of Utah and citizens everywhere are entitled not just to belief, but also to the free exercise of their religious beliefs and moral conscience—both in private and in public."