Men lining up for botox and eyelid lifts? 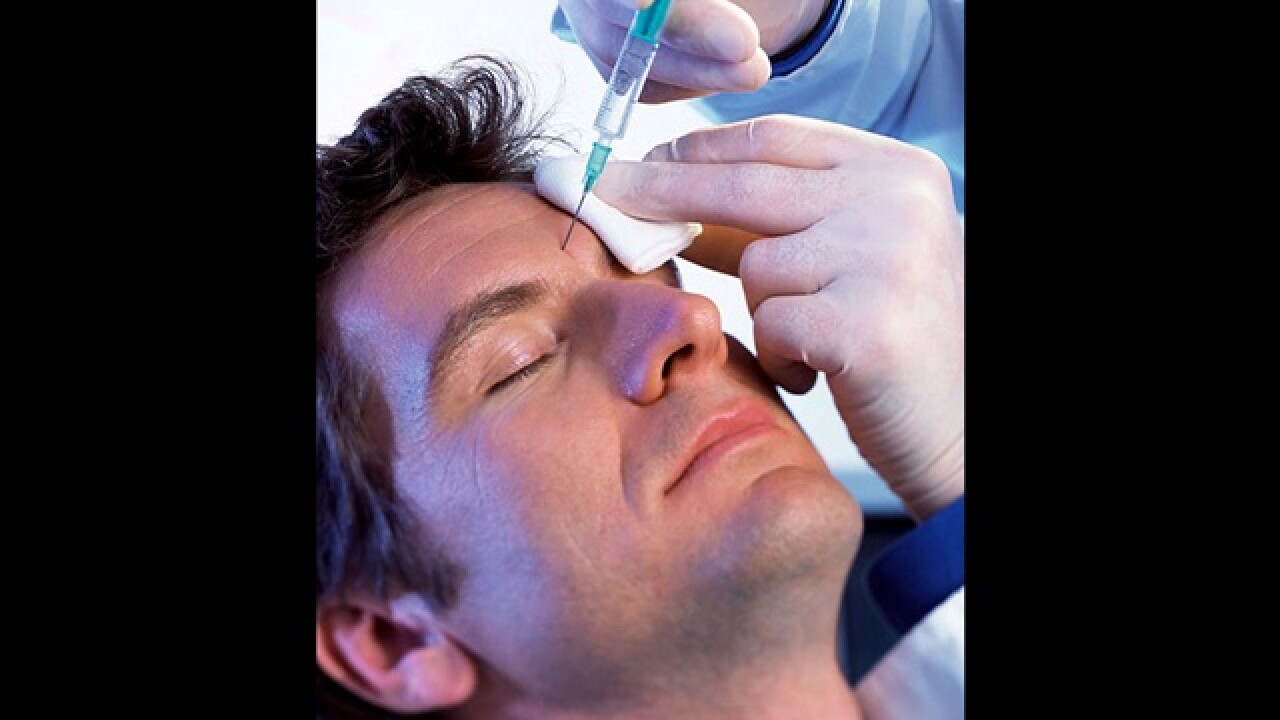 The following article is sponsored by University of Utah Health Care.
Psssst. Men, do you ever catch a glimpse of your reflection in a mirror or window and think “Hey, who’s that tense, frowning guy?” It can be a jarring discovery: You feel great, and yet your tired-looking face is sending a different message to your family, friends, colleagues and maybe even to that panel of prospective coworkers at your latest job interview.

Procedures such as eyebrow lifts and eyelid lifts, which rejuvenate how guys look and feel, are becoming more and more accepted among men. In fact, in 2012, eyelid surgery was the second most popular plastic surgery among males with 29,050 men undergoing the surgery that year, according to the American Society of Plastic Surgeons.

“The reason that they state when they come in is that they need to look their best in a competitive job market,” said Cori Agarwal, M.D., a plastic surgeon with University of Utah Health Care. “Sometimes they’re competing with people who are 10 years younger than them, and they want to look more youthful.”

While more men are getting plastic surgery — men make up 15 percent of patients nationwide — many men still don’t realize all the options that exist to help boost their confidence and freshen up their countenance.

“I think people sometimes think that cosmetic surgery is just for looking good, but it’s really for quality of life,” Agarwal said. “It’s for feeling comfortable in your body and looking on the outside like you feel on the inside.”

In an eyelid lift — or blepharoplasty — a surgeon removes some of the hanging skin on the upper eyelid that drapes over the brow down toward the eyelashes.

Often, an eyebrow lift is done in conjunction with an eyelid lift, and it can be performed one of two ways.

“One way is a traditional open brow lift with scars that can be longer within the hairline, and then there’s something called an endoscopic brow lift where we make very small, about half-inch, incisions,” Agarwal said. “Using a small instrument, we raise up the tissue right around the eyebrow so it doesn’t sag over the orbital rim.”

The procedure has two effects. One is that it makes people look more refreshed, like they’ve gotten a good night’s sleep.

“The second thing is some people say that it helps their vision because the brows and the eyelid skin can droop down and actually obstruct some of their vision, like while they’re driving or if they’re trying to look up,” Agarwal said.

Neither surgery is particularly painful, although bruising can be visible for 1 to 3 weeks depending on how easily a person bruises. Agarwal said after one week, bruising can be hidden with makeup.

“The one thing about men, unfortunately, is that they don’t usually want to use makeup products to hide bruises,” Agarwal said. “If the man was willing to use some camouflage, he could go back to work within one week.”

Men are also increasingly receiving Botox injections, which relax facial muscles, specifically the muscles that create frowns and furrowed brows. Often, men are told they look like they’re angry or tense, and Botox can give a man a more relaxed, unworried appearance. Agarwal said men often get introduced to Botox after a wife or girlfriend has seen positive results, and they realize it’s something they can utilize too.

Another popular plastic surgery — it came in third among men in 2012 — is liposuction. Trouble spots for men include the stubborn love handles and lower belly. Downtime is short, just three days to a week, because incisions are so small.