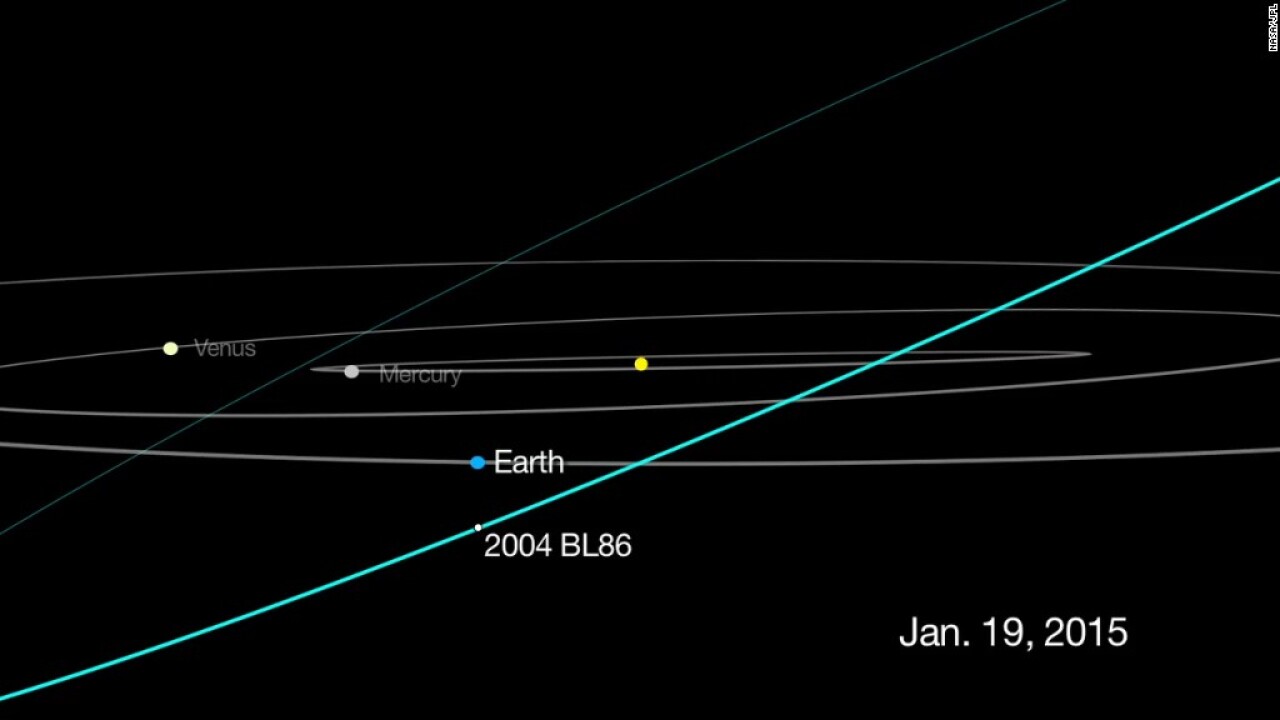 A treat is in store for sky watchers Monday, as a large asteroid will fly close to Earth.

In other words, far enough that it does not pose a threat to Earth, but close enough to give scientists and amateurs a chance to observe a large asteroid up close.

So, what will an observer be able to see at 9:19 a.m., when the asteroid is closest to Earth? Not much, actually.

Even though the asteroid will be at its closest, it will not be at its brightest, because only a portion of its illuminated side will be visible, according to Sky & Telescope magazine.

The asteroid will brighten even as it gets farther from the Earth because its face will become more fully illuminated, the magazine said.

The best chance for viewing will be from 6 p.m. MT Monday to 11 p.m. MT Tuesday.

Asteroid 2004 BL86 is large, and it will brighten, but nonetheless will not be observable with the naked eye. Some astronomy websites say a pair of binoculars could do the trick, but Sky & Telescope recommends at least a 3- or 4-inch diameter telescope.

“One good technique for fast-movers like 2004 BL86 is to identify and lock onto a star along its path,” Sky & Telescope senior editor Kelly Beatty says. “Then just watch at the time that the asteroid is predicted to pass by that particular star.”

“While it poses no threat to Earth for the foreseeable future, it’s a relatively close approach by a relatively large asteroid, so it provides us a unique opportunity to observe and learn more,” Don Yeomans, the recently retired manager of NASA’s Near Earth Object Program Office at the Jet Propulsion Laboratory in Pasadena, California, said in a NASA news release.

Yeomans retired on January 9 after 16 years of tracking asteroids. Paul Chodas has been designated as the new manager.

“We should be getting some great radar images of this asteroid,” Chodas told CNN. “Radar would be the key to study the asteroid’s surface, give an idea of its shape, whether it has rocks and that kind of stuff on it. It’ll be really exciting.”

If you don’t have binoculars or a scope, you can watch from the comfort of your computer on The Virtual Telescope Project 2.0.

The asteroid was discovered on January 30, 2004, by a telescope of the Lincoln Near-Earth Asteroid Research survey in White Sands, New Mexico.

By Amanda Barnett and Mariano Castillo for CNN