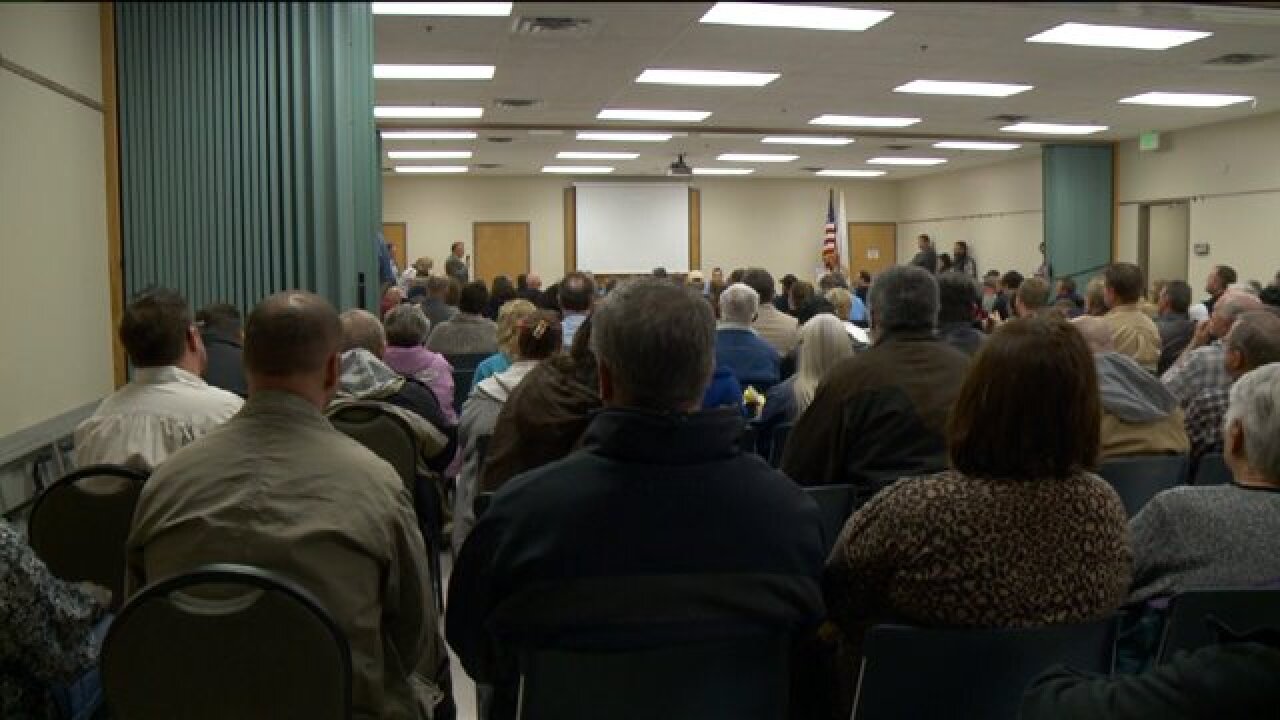 TOOELE COUNTY, Utah -- A newly formed group called "Utahns for Responsible Burning" is challenging Salt Lake County's wood burning ban, as well as a proposed ban for the entire state that would be in effect annually between November 1 and March 15.

FOX 13's Todd Tanner visited a public meeting organized by the Department of Environmental Quality on Wednesday to see what residents had to say, and the event in Tooele County is the first of seven planned public hearings. The next hearing is scheduled for Thursday in Salt Lake City. It is set to begin at 6 p.m. at the headquarters of the Division of Air Quality.

One woman in Tooele County said they spent about $10,000 to put in a wood burning stove at their home. She said in their rural area, propane is the only alternative for them to heat their home should the ban take effect, and she said making that switch would mean paying about $800 a month to heat their home--which she said they simply cannot afford.

Tanner also spoke with Director Bryce Bird, Utah Division of Air Quality, who said they were happy to see such good attendance at the meeting. He said they are eager to get input from the public regarding the proposal.

See the video below for Tanners' live report and more comments from concerned citizens.