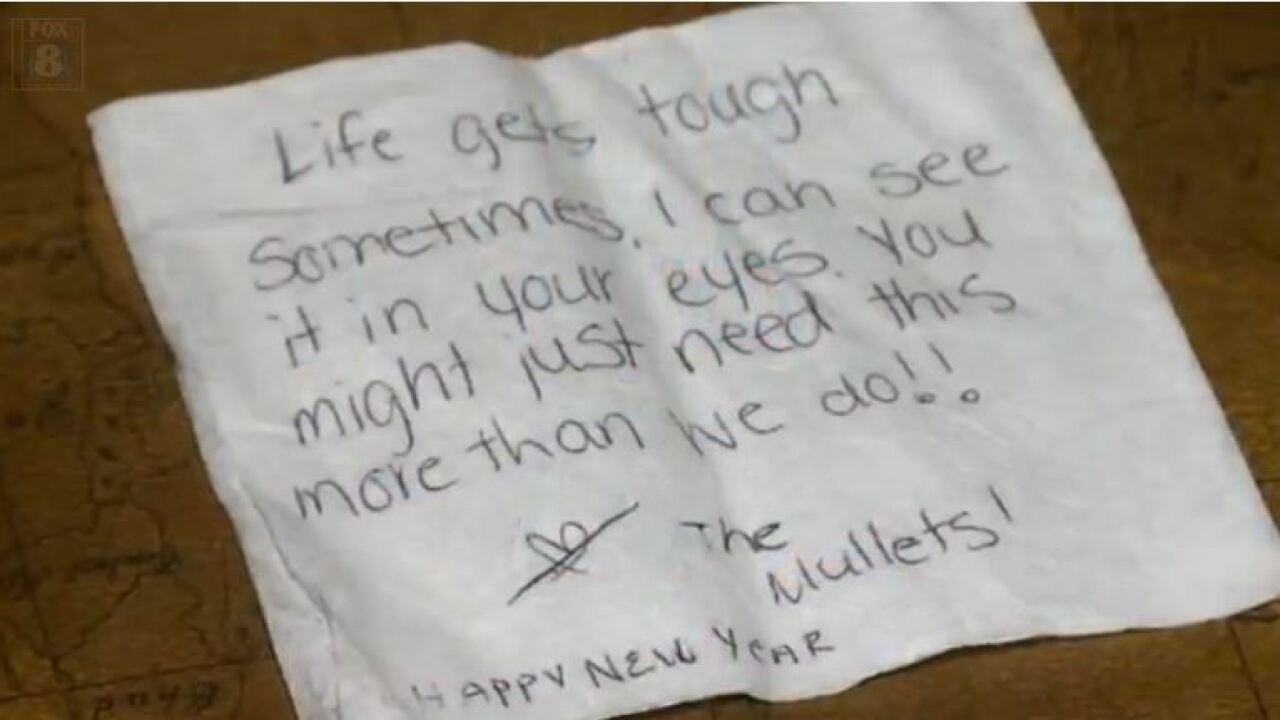 A screen capture of a note delivered to an Ohio couple after the death of their son. Image courtesy FOX 8 in Cleveland.

MASSILLON, Ohio – A couple grieving the loss of their son after he was allegedly shot and killed by his wife were astonished when some good Samaritans surprised them with a gift in their moment of need.

FOX 13 News sister station FOX 8 in Cleveland reports that 29-year-old Robet McKernan was shot and killed this week by his wife, who told police her husband had come after her.

Kathie McKernan raced to her son’s home after hearing about the shooting, and she was greeted by police and then a coroner.

Police have arrested the man’s wife, 26-year-old Colleen McKernan, and charged her with murder. The woman reportedly told police the man had come at her. Police said they found no visibile signs of bruising on the woman.

Friday, Kathie and her husband, Michael Foehrenbach (who is Robert’s stepfather), were eating at a local restaurant just after they had finished making funeral arrangements for their son. A younger couple saw their distress, and they bought them a drink.

But later, when the couple left, they slipped a note written on a napkin to the hostess to give to Kathie.

A screen capture of a note delivered to an Ohio couple after the death of their son. Image courtesy FOX 8 in Cleveland.

The note began with, “Life gets tough sometimes,” and it went on to say that the couple felt maybe Kathie needed what they left more than they did. Inside was a $100 bill.

“At the time they did that,” Michael Foehrenbach told FOX 8. “They had no way of knowing that it was Kathie’s son and my stepson who had been murdered. So it was like the hand of God reaching down and touching us.”

The note was signed “The Mullets” but there was no other identifying information on the note.