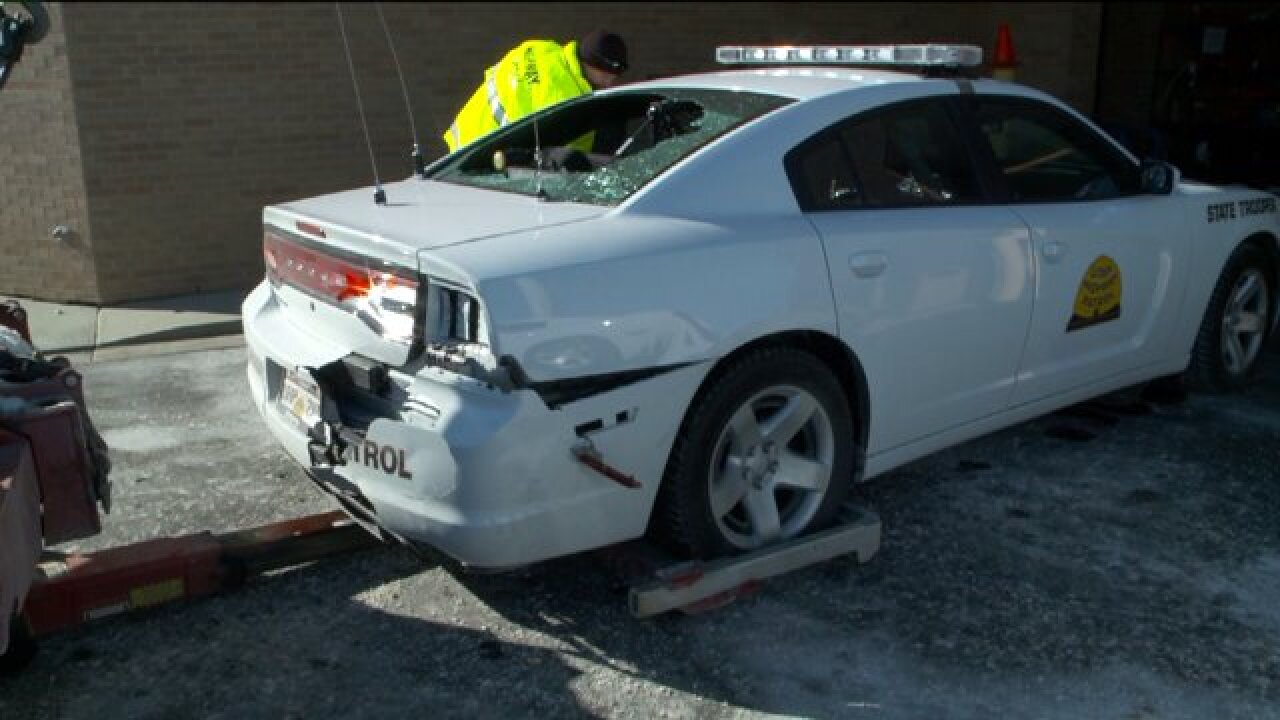 SALT LAKE CITY -- A Utah Highway Patrol car was struck by another vehicle Wednesday morning in Parleys Canyon, and later that day another UHP vehicle was hit in the same area.

UHP Sgt. Todd Royce said the car was parked on the side of the road and the trooper was not in the car.

The incidents mark the fifth and sixth times UHP vehicles have been struck by another vehicle in the past week, Royce said.