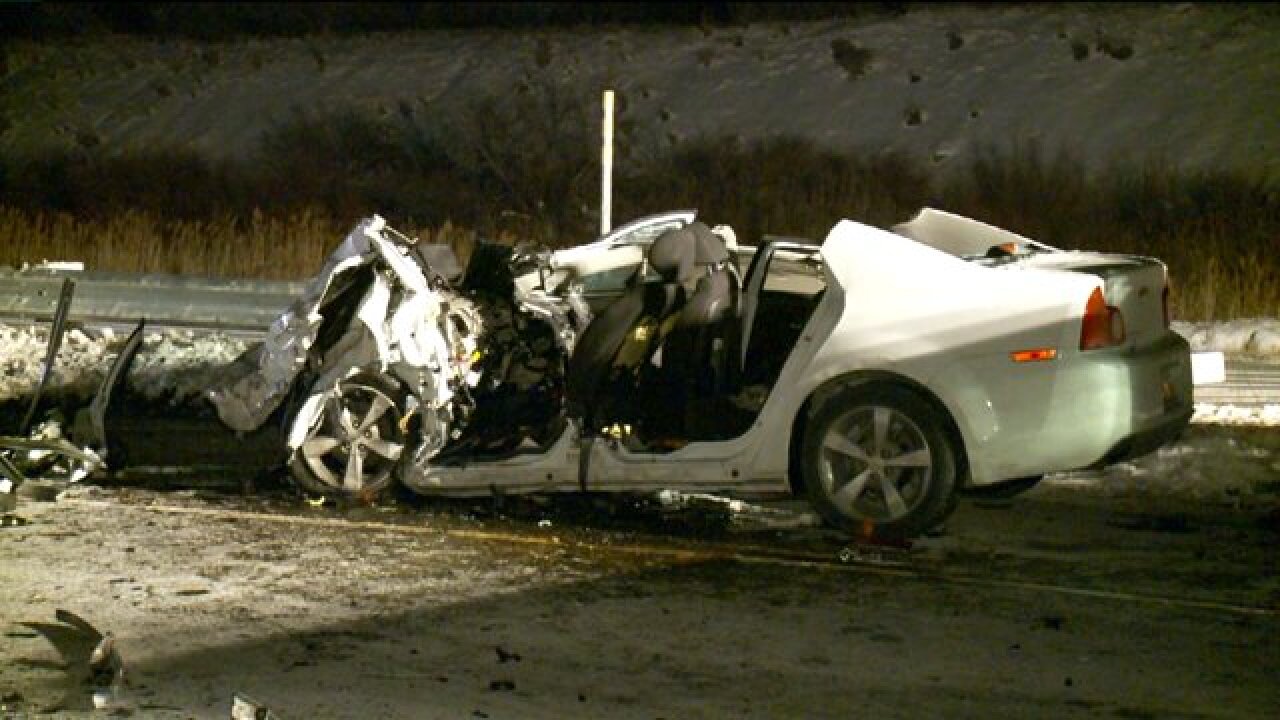 A representative for UHP said a truck was traveling east in the westbound lanes for at least half a mile before it collided with a passenger car around 1:30.

"Traffic was very light, as you can imagine, at 2 o'clock in the morning and these two vehicles hit head-on," said Sgt. Todd Royce, UHP. "The guy that was headed westbound and the guy headed eastbound probably didn't even realize what was going on before the accident occurred."

Both drivers were killed in the crash. Since there were no witnesses, investigators are tasked with figuring out why the truck driver was traveling in the wrong direction.

Police later identified the victims. Farlaino G. Earl, 57, of Midvale was driving the pickup truck. Josephy Reily, 38, of Tooele was driving the passenger car. Both men were wearing seat belts, according to a statement from the Utah Highway Patrol.

The speed limit in the area of the crash is 60 mph.  UHP Sgt. Rich Nielson said there were no signs that either of the drivers had used their brakes and there were no indications of drug or alcohol use.  Sgt. Royce said he believes drowsy driving was a factor in the crash.