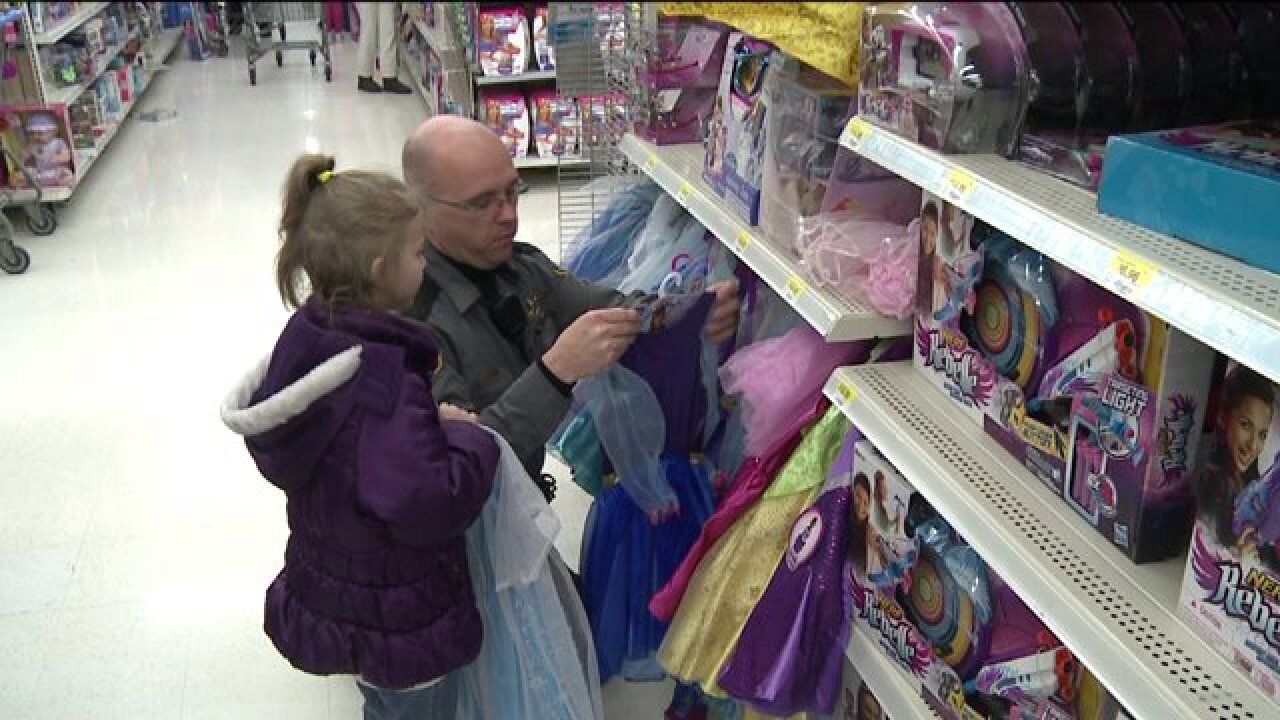 RIVERDALE, Utah  -- Dozens of kids in the Ogden area who didn't expect to get anything for Christmas ended up with a bunch of presents and an awesome story to tell.

The Weber County Sheriff's office and other police departments in the area took 60 kids to breakfast at Village Inn in Roy. From there, they climbed into the front seat of cop cars and rode with lights and sirens to Wal-Mart.

“Right in the middle of all the patrol cars, Santa came in [a helicopter] and landed in the middle. That was pretty cool, that was even cool for me to see,” said Officer Mark Krueger with the Roy City Police Department.

From there they made their way inside, and started shopping for Christmas. The kids could pick out anything they wanted, but many still bought things for their brothers and sisters.

“It helps me buy stuff that I can't afford for my family and for myself,” said 12-year-old Anieya Valdez.

Without the help, many of the kids wouldn't get anything come December 25.

“We do a lot more than writing tickets,” said Deputy Charles Creager with the Weber County Sheriff's Department.

And after they picked out a cart full of toys, clothes, or whatever they needed, students from Bonneville High School wrapped the gifts and sent them home--to be opened only on Christmas Day.