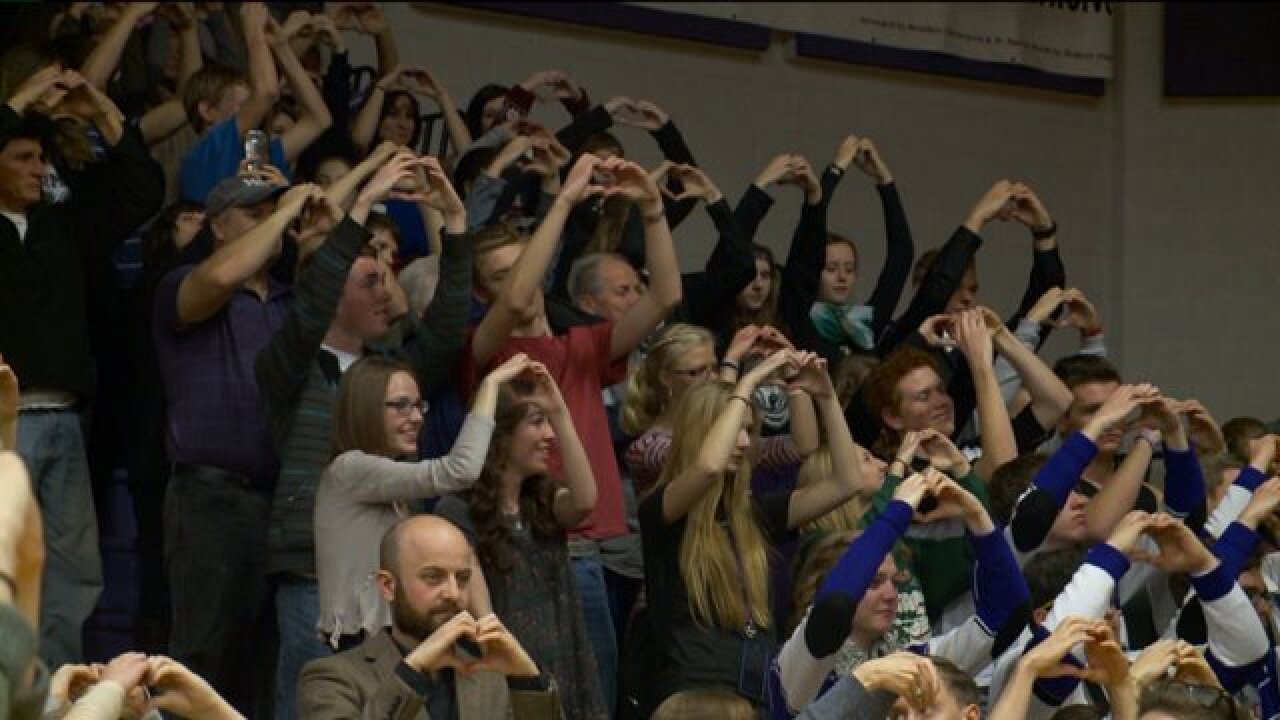 RIVERTON, Utah -- Riverton High School set a state record Friday, and it had nothing to do with a football game or test scores.

The school’s annual holiday fundraiser is the biggest of its kind, with totals that hit six figures, and a different charity benefits from their fundraising each year.

Organizers said it's not about how much they raise, but who they help along the way.

“This is a great opportunity for the students to change people's lives, but really it ends up changing us,” said Carolyn Gough, who is the school's principal.

The Riverton High Silverwolves call the annual holiday fundraiser the Silver Rush, but there is also an emotional rush.

“At our school we don't really worry about the total, we worry about the change we can make in someone's life,” said Parker Wilder, who is the school's student body president.

The students selected the non-profit Intermountain Healing Hearts this year, which helps children and adults with congenital heart defects.

“For three weeks, just like crazy, everybody learns about the charity,” Gough said. “We do a lot of education opportunities for kids to interact with kids or people in the charity.”

While they learn, they collect donations from families, local businesses, and each other--without paying too much attention to the total.

“We don't reveal this amount until the very end,” Gough said.

As this year's fundraiser came to a close, several families who'll benefit from the student's actions were on hand, and one child took the stage to help celebrate just before the big reveal.

The kids in the crowd were crying long before the total was revealed. The charity brought in $133,689.15, as well as too many tears to count.

“It was all about getting our school closer together,” Wilder said. "...I might be in class with a kid I'd never talked to, and by the end of Silver Rush I'm best friends with the kid."