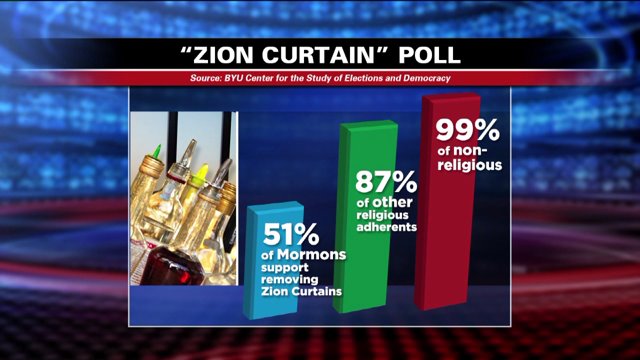 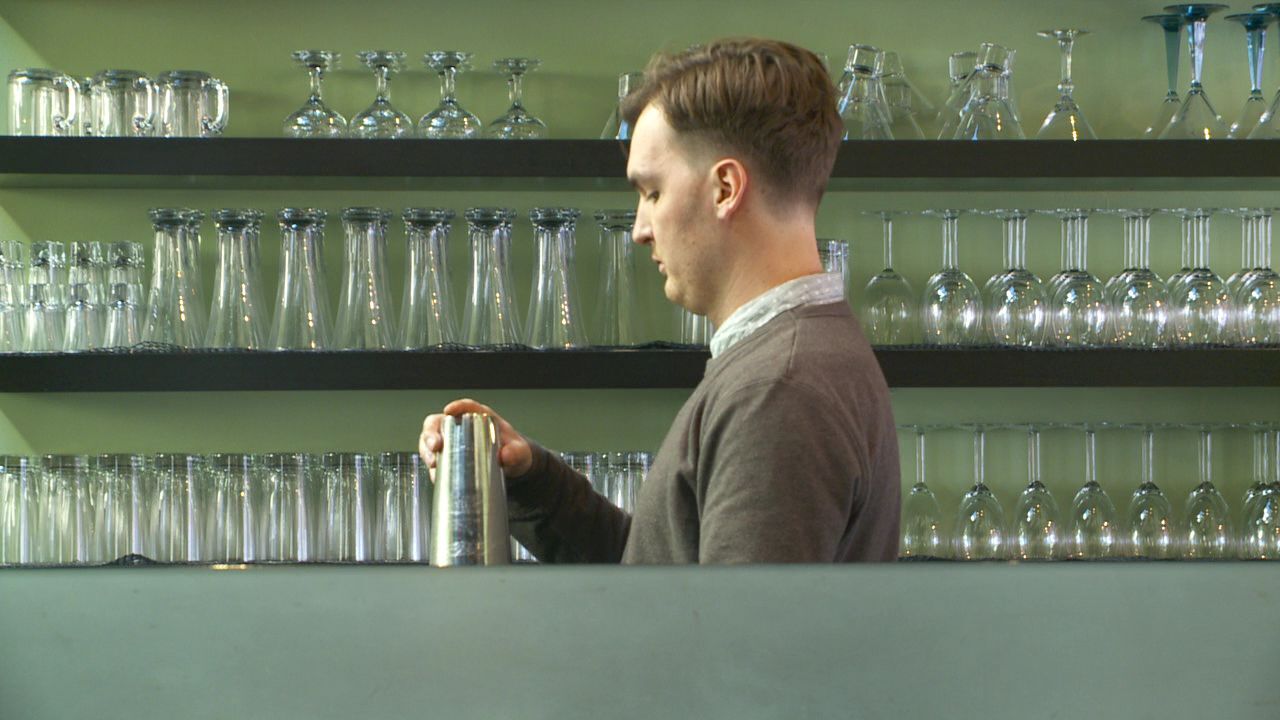 PROVO -- A new poll by Brigham Young University's political science department has found that a majority of Utahns, including members of the Mormon Church, oppose the so-called "Zion Curtains."

The poll of registered voters conducted by BYU's Center for the Study of Elections  and Democracy, had some surprising numbers:

The poll also found that voters didn't buy arguments for why the 7-foot walls that block you from seeing the preparation of alcohol exist in the first place: to discourage children from drinking and reduce alcohol consumption. In fact, 69% of those surveyed said they disagreed with that claim.

"Nobody really accepts the justifications that have been given for it," said Adam Brown, an assistant professor at BYU who crafted the questions.

"You're finding remarkably low numbers, one in eight, one in nine people, who believe these barriers help to teach their children to make wiser choices about alcohol or to reduce alcohol consumption."

Brown said the poll was conducted in the aftermath of John Valentine's departure from the Utah State Senate. Valentine, R-Orem, crafted large parts of Utah's liquor laws, including the creation of what was nicknamed "Zion Curtains" in restaurants (Valentine preferred the term "separate preparation areas").

"It's also surprising that in none of the subgroups I looked at, in terms of partisanship or religion, was there any group that supported keeping these barriers," Brown told FOX 13.

The Utah State Legislature has grappled with Zion Curtains for years. Attempts to remove them in the past have failed. Some lawmakers have threatened to revive their efforts to tear down the walls with Valentine gone.

In an interview with FOX 13 in September, Valentine said he would like to have seen all Utah restaurants have the barriers.

The Utah Restaurant Association, an industry group representing restaurants, has long opposed the walls. In a statement to FOX 13, the group said:

"The Utah Restaurant Association is not surprised by this most recent poll concerning the alcohol service, dispensing and storage law. The Utah Restaurant Industry is only responsible for 5-7% of the alcohol sales in Utah. To target one industry-- the restaurant industry when there is no conclusive evidence that this current law addresses any of the social costs associated the sale of alcoholic beverages; only hurts economic development and Utah as a desirable climate to open a restaurant. We want to see all restaurants have fair alcohol dispensing regulations--  to fairly and equally offer hospitality and grant an adult request and do it in the most accommodating way possible. Not having all restaurants play by the same rules is confusing to the owners, employees and consumers. The majority of consumers entering a restaurant are going into a restaurant to enjoy food and may choose to supplement their dining experience with a beverage, alcoholic or not. It is the goal of the Utah Restaurant Association that every restaurant licensee be allowed to accommodate the requests of their customers and eliminate the awkward moment of an adult patron ordering an alcoholic beverage."