‘I don’t feel like he’s dead’: Son vindicated as father rescued after 12 days at sea 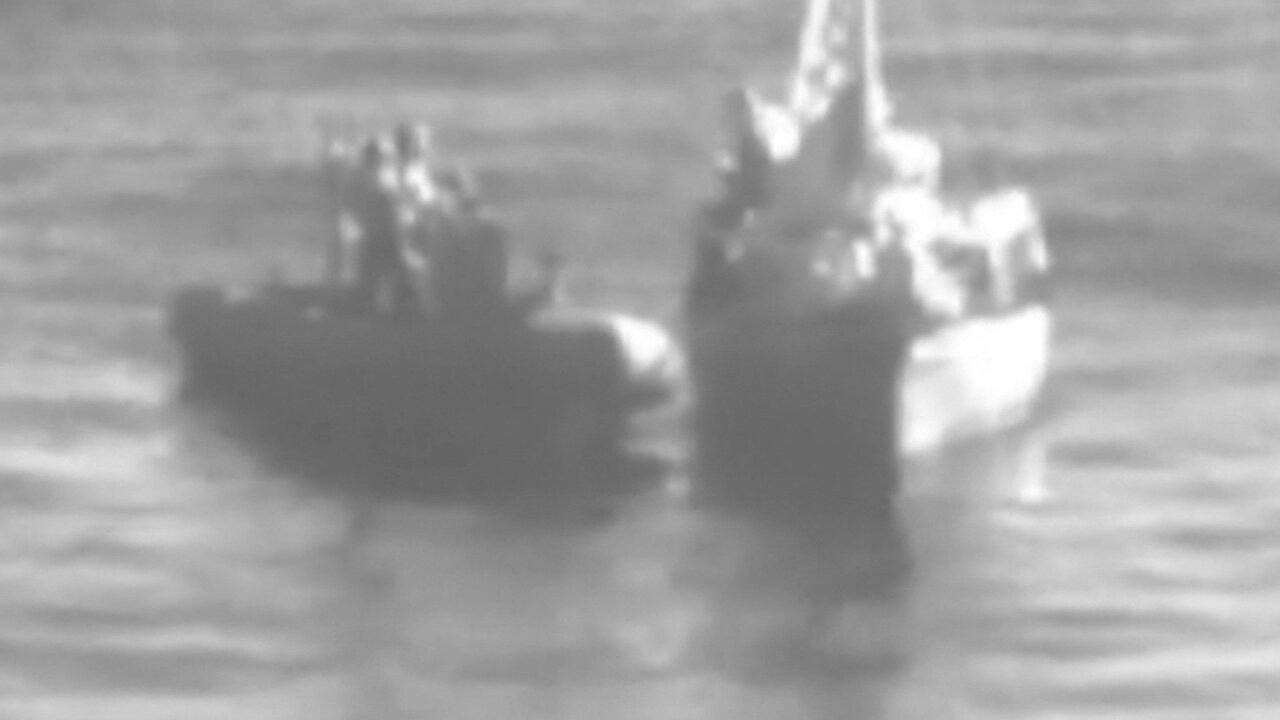 Twelve days after making a distress call from his sailboat and then disappearing in the waters south of Hawaii, 67-year-old Ron Ingraham was rescued Tuesday, Dec. 9, 2014. NOTE: Video/still quality is as provided by USCG/Dep’t of Defense. Credit: U.S. Coast Guard

(CNN) — The Coast Guard didn’t think Ron Ingraham could survive, stuck in a 25-foot sailboat for days as waves swelled 15 to 20 feet high. His son did.

“I don’t feel like he’s dead,” Zakary Ingraham told a Coast Guard official nine days ago, after learning their search was ending. “I don’t feel it.”

His rescue came 12 days after he made his first distress call, a difficult stretch even for a veteran fisherman.

But he wasn’t beaten up enough to lose his priorities. According to his son, the 67-year-old Ron Ingraham told his rescuers, “We ain’t leaving without my boat.”

So the sailor and his boat are heading back to the Hawaii island Molokai, where they’re expected to arrive at 8 a.m. (1 p.m. ET) Wednesday.

What will his dad do, once he gets back? Will he relax, take some time off, maybe look for a less dangerous profession?

“I’m sure he’s going to go fishing as soon as he’s able,” Zakary Ingraham said by phone from Missouri. “Like tomorrow.”

Some people in their late 60s might be enjoying retirement or, at least, reining it in a few notches as life slows down.

Not Ron Ingraham, whose son describes him as resourceful, physically strong and tough.

“You know who Rambo is?” Zakary Ingraham joked. “Rambo has a picture of my dad on his wall.”

Fishing is his life and livelihood. Ron Ingraham lives on his boat and “that’s pretty much all he’s got,” his son said — explaining his insistence his battered vessel, which he named Malia, be towed back to shore.

He set off solo around Thanksgiving from Molokai on what should have been a normal trip, like many others he’d made over the years.

It didn’t turn out that way. He made distress calls on the holiday, indicating his boat was taking on water.

Those calls spurred a search that would end up covering 12,000 square miles. It included an MH-65 helicopter, an HC-130 airplane and the 110-foot Coast Guard Cutter Kiska.

But none of them could find Ron Ingraham or his boat.

On December 1, the Coast Guard called off its search.

Zakary Ingraham said he was told that airplanes, but not satellites, picked up his father’s emergency beacon — suggesting it either had a weak battery or his boat was submerged. With rocky seas, the weather wasn’t cooperating either.

“With the conditions the way they are, we couldn’t find your dad’s boat,” Zakary Ingraham recalled a Coast Guard official telling him. “We think it’s sunk.”

And on Tuesday, he decided to give the distress call one more try. His life depended on it.

The U.S. Coast Guard heard the call and immediately dispatched the closest available boat — the USS Paul Hamilton, a U.S. Navy destroyer, then about 14 miles away.

They found Ingraham’s masts broken and him using an auxiliary sail trying to get closer to land, his friend and fellow fisherman Dedrick Manaba told CNN affiliate Hawaii News Now.

And, of course, there was Ingraham himself — weary and battered, but still going, much to the relief of his friends and family.

‘I was going backwards all night long’

It all started, Ron Ingraham said, when a simple plan to get food and water before dark one night went awry after the weather took a turn for the worse.

“I tried all through the night. … I couldn’t make it. I was going backwards all night long,” he told CNN affiliates KHNL and KGMB after his rescue.

At one point, a massive wave crashed into his sailboat. The boat mast hit the water, Ingraham said, and so did he.

“But I had a rope on me (and) towed myself back in,” Ingraham said.

From there, he had no choice but to go where the current took him.

Searchers had struggled to find him because weather pulled him hundreds of miles away from the area where they’d been looking, he said.

But it was how he survived.

“He’s alive after 12 days at sea,” his son Zakary Ingraham said. “I couldn’t be happier.”