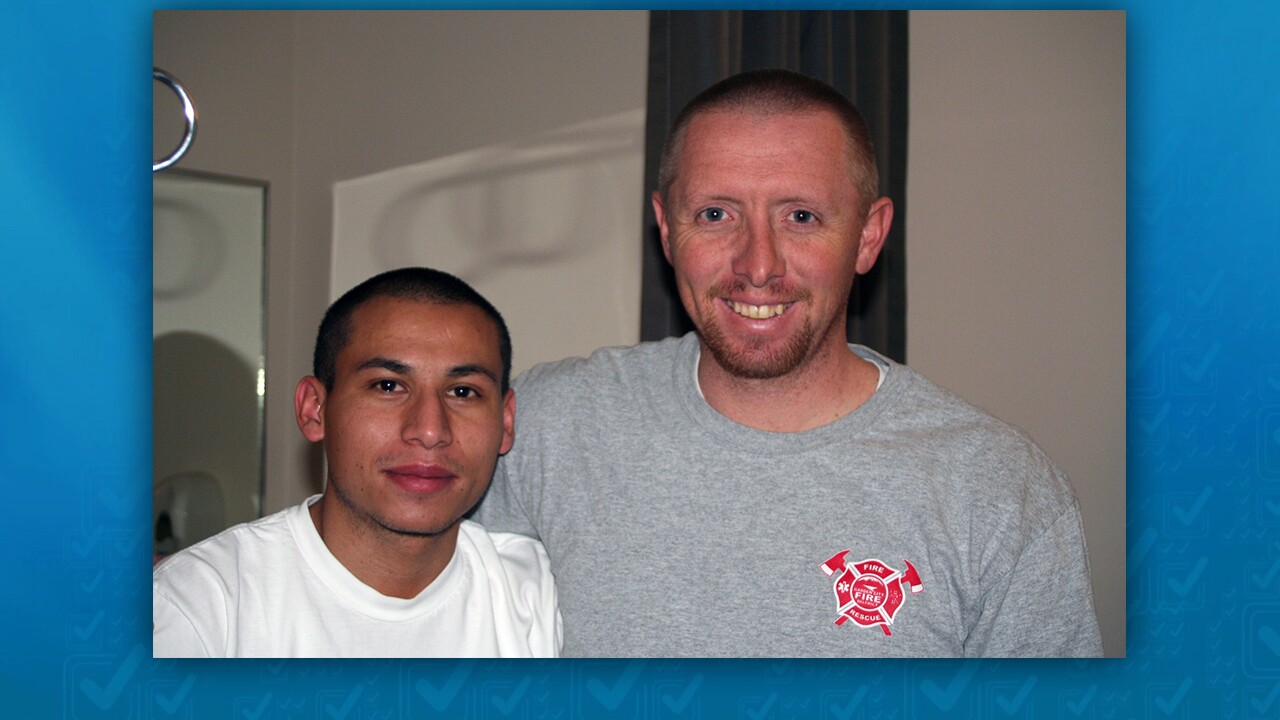 This Utah man said he is alive today thanks to the kindness of a complete stranger.

A living donor volunteered to donate his kidney, which allowed Marco Juarez to be a dad to his 3-year-old daughter.

Juarez is 24 now, and at the age of 17 he was diagnosed with stage four kidney failure.

He had to go through dialysis three days a week at 5:30 a.m.

“Doctors said that my kidney didn't grow with my development, so basically, so when I got too big, my kidneys just gave out,” Juarez said.

Four years ago, while he was at Primary Children's Medical Center, Juarez was in an ad about living organ donation.

He said many people don't know that was an option.

“I was on dialysis for three years, one month and 25 days," he said. "I’ll never forget that. Feb. 25, 2010 was my last day of dialysis. A Good Samaritan donor stepped up and gave me my kidney."

That Good Samaritan is Scott Livingston.

Livingston's two young children were born with cleft palates that were fixed by doctors at Primary Children's and he said he wanted to give back.

“I had a pretty strong feeling I had to give back and do something," Livingston said. "I took them in and they’re fine, they're progressing and growing strong. I feel like, what if they needed something I couldn't give them, so this is a way I can do something for them.”

Juarez said, “I basically received my kidney for my 21st birthday; it wasn't planned it just happened.”

Juarez and Livingston have remained close since the day of surgery.

Each year they take a "kidney trip;" they ride dirt bikes or enjoy Bear Lake.

"I always tell him he saved my life," Juarez said. "Words can’t explain how I feel, me and my family, I'm just grateful... a complete stranger. It's because of him I’m here today."

Currently in Utah, just over 800 people are waiting for an organ transplant.

If you are interested in becoming a living kidney donor, you should know all your medical expenses are covered.