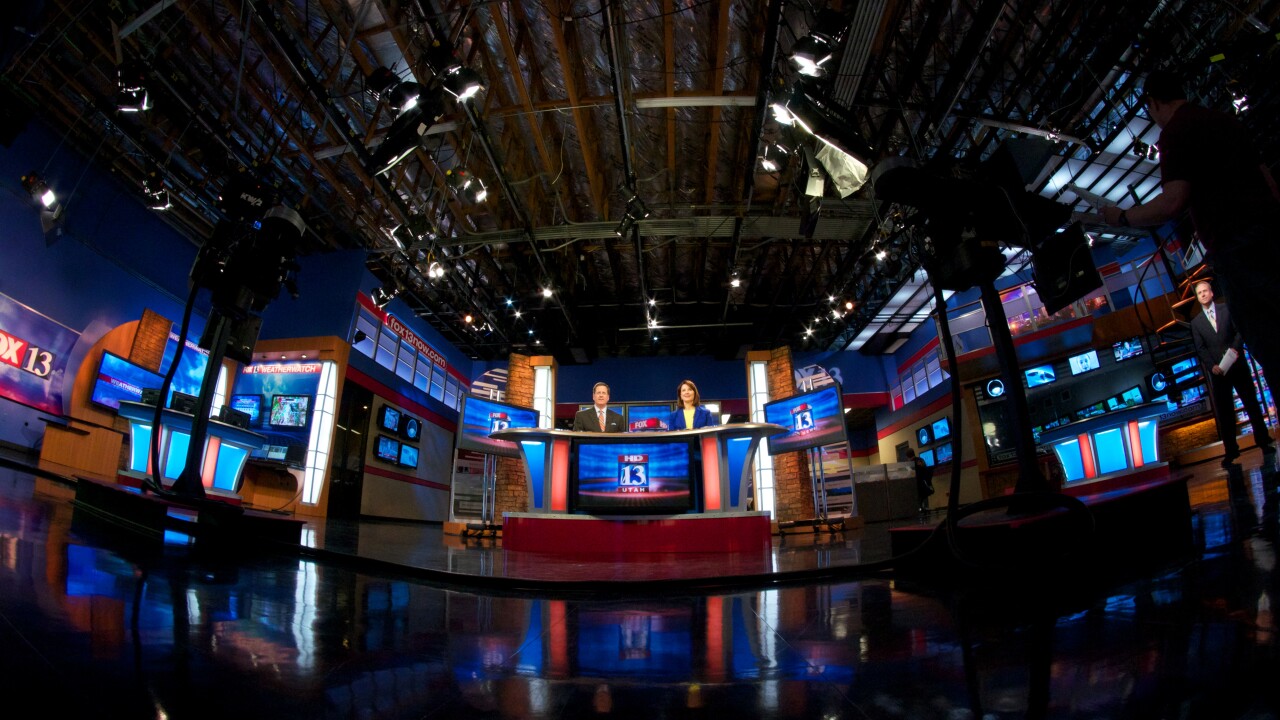 SALT LAKE CITY — KSTU FOX 13 News which moved ahead of all local news stations this past May, has seen their audience continue to grow over their three competitors in this latest November sweeps. In comparison to November 2013, Fox 13 News grew audience in every hour of their 55 hours of weekly newscasts. Not only does Fox 13 provide the most local news coverage, it is now Utah’s most watched news station.

KSTU FOX 13’s recent ratings gains started in September 2013 with the launch of “Fox 13 News Live at 4” in addition to adding one of televisions’ most popular sitcoms, “Modern Family” to its programming schedule. In this just completed November 2014 sweeps, FOX 13 News audience grew an astonishing 30% in early morning news, 55% in midday news, 78% in early evening news and 30% in late news. Of significant importance, Fox 13 News at Nine was the only late newscast to gain viewers among their main late news competitors. Fox 13 News at Nine gained 30% in total viewers while KUTV-2 lost 18%, KSL-5 lost 9% and 4th ranked KTVX-ABC4 remained flat.

FOX 13’s advantages over all competitors in the A25-54 and A18-49 demographic groups – the predominant industry measurements, are expected to increase from their May 2014 performance
when the demographic data is released December 21st from A.C. Nielsen.

“Overall viewership for television increased this Fall, which reversed a trend we saw in 2013. It is particularly rewarding to see the growth in Fox 13 viewership lead the pack among all our local competitors. Audience numbers grew in every hour of broadcast for Fox 13, be it local news, first run syndication including daytime’s #1 talker – Live with Kelly and Michael, #1 Doctor – Dr. Oz and everyone’s favorite Judge – Judge Judy, our popular sitcoms Modern Family, Seinfeld and The Simpsons and Fox Prime. I would like to take this Thanksgiving holiday to express my gratitude to the many hard working journalists at Fox 13 and our viewers who continue to make Fox 13 – The Place to watch! More to come on that little tidbit in 2015…” said Tim Ermish, President/General Manager.
“Our commitment is to breaking news and digging up important local stories that viewers can’t find anywhere else. And they responded,” said Vice President of News Renai Bodley.

With over 55 hours of live, local coverage per week, KSTU FOX 13 airs more local news than any other Utah broadcaster. FOX 13 began broadcasting 3.5 hours of news per week back on New Year’s Eve 1990 with Nick Clooney as their first anchor. It was dubbed “Nick at Nine!” At various points KSL, KUTV and KTVX all attempted to produce a 9 p.m. newscast on partner stations in the market, but all attempts failed to garner any significant viewership. FOX 13 also leads the market in the social media field with over 600,000 Facebook fans and the market’s largest news Twitter following.