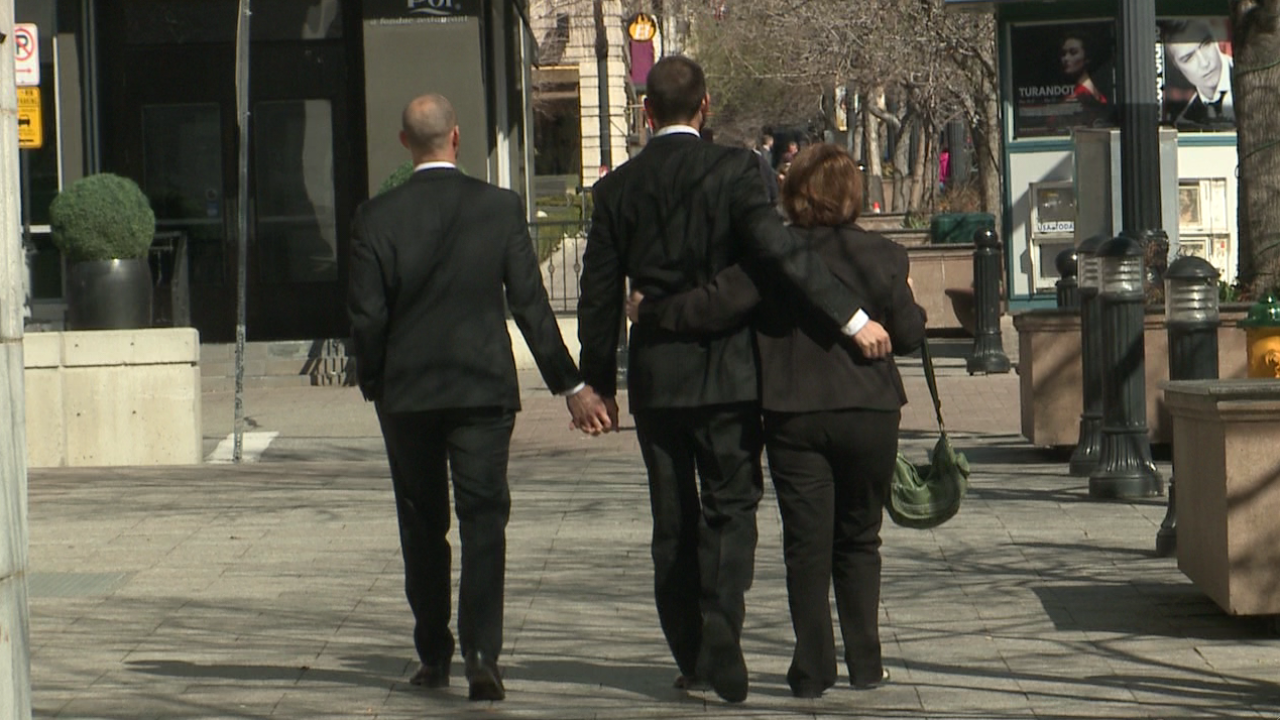 Plaintiffs Tony Milner and Matthew Barraza leave federal court on Wednesday after arguments in a lawsuit over recognizing same-sex marriages in Utah.

SALT LAKE CITY — The legal fight over same-sex marriage has officially ended with lawyers for the Utah Attorney General’s Office and the ACLU reaching a settlement over legal fees.

A preliminary injunction, forcing the state to recognize same-sex marriage, was also made permanent.

In filings in federal court here in Utah and before the 10th U.S. Circuit Court of Appeals in Denver, the ACLU dropped its fight for nearly $200,000 in attorney’s fees for its lawsuit over same-sex marriage recognition. A filing obtained by FOX 13 revealed that taxpayers will ultimately pay $95,000 to the ACLU and lawyers who represented four same-sex couples in the lawsuit.

The ACLU and four same-sex couples sued the state of Utah after the governor ordered state agencies not to recognize marriages performed after Amendment 3 was overturned last year. Amendment 3 — which defined marriage as between a man and a woman only — was declared unconstitutional by both a federal judge and the 10th Circuit Court.