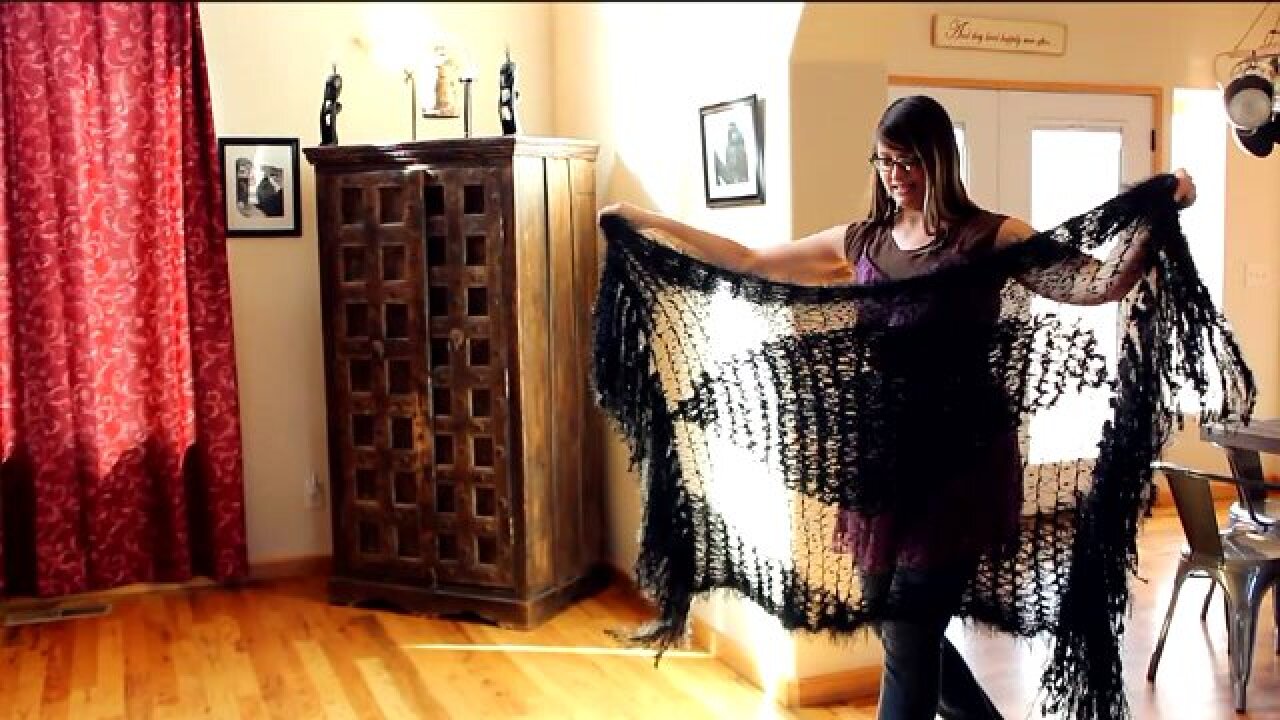 The beautiful black piece, which graces a mannequin in her Kanab, Utah home, is actually a replication of the original shawl she knitted for Stevie Nicks.

Last September, Meyeres learned of a competition hosted by talenthouse.com, which called upon it's regular readers and visitors to submit designs for a "show-stopping" shawl for Nicks.

Meyeres couldn't resist the chance at dressing the rock icon. Soon, a design was flowing from her mind through her fingertips.

"I was absolutely obsessed, and when I was finished I was both excited and terrified about winning, but I didn't think it would," she said.

Meyeres says her design was inspired by the ravens that live year-round in the harsh red rock wilderness near her home.

Meyeres' Native American ancestry also played a part in the design, showing up in a subtle tribal pattern amongst the more than 3,000 stitches which make up the shawl.

In a brief statement announcing the winner of the talenthouse.com contest, Nicks noted the tribal element as a primary reason she chose Meyeres as the winner, awarding her a $2,000 prize.

The contest rules stated Nicks would provide the winner with a single photo of herself wearing the shawl, for the designer's portfolio, and then return it. But it now appears she's taken a shine to the piece custom-created for her 5'1" frame.

Meyere explains, "I sent a note along saying Stevie could keep this if she wanted. She did like it. Her representatives asked if she could keep it, but I didn't know she was going to wear it on stage every night during her concert tour with Fleetwood Mac. She wears it during the song 'Rhiannon' which is a huge classic hit. She spreads it out like ravens wings and I feel like she understands the same things I understand about the raven."

Selling hand-made creations online has been Meyeres' full time job since 2007. Click here to see more of her items.

Fleetwood Mac is currently enjoying a wave of rave reviews for their "On With The Show" world tour which kicked off in September.