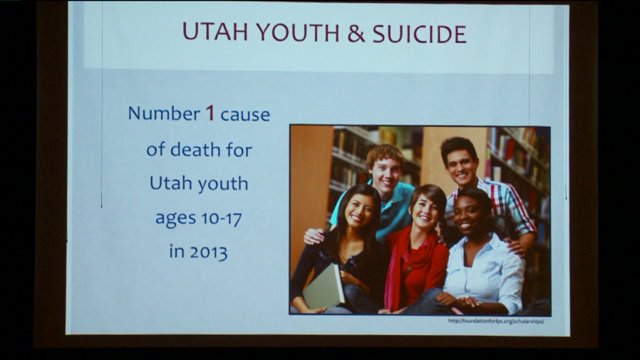 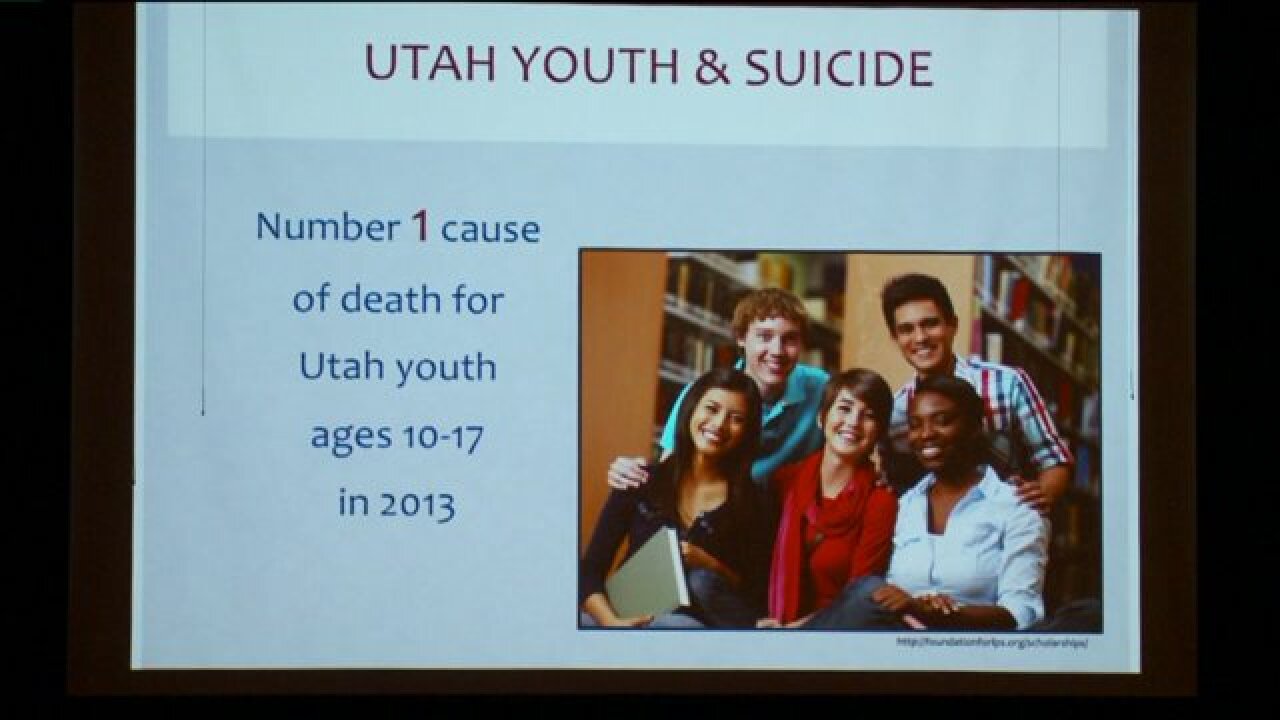 The numbers prompted the high school to host a suicide prevention discussion, which was led by the organization Hope4Utah.

"It's even more important than ever that we are constantly talking to our kids about things,” said school principal Rhonda Bromley.

Staff, parents and students filled nearly every seat of the high school’s auditorium to listen and speak to mental health professionals.

According to Hope4Utah’s executive director, Dr. Greg Hudnall, in 2013 suicide was the leading cause of death in Utah youth between the ages of 10-17.

While officials do not believe any of the most recent cases are connected in any way, they do think suicide has become a growing problem.

“Education is important. If we save just one life, it will be worth it,” said David Ellis, whose son committed suicide in April.

Jonny Ellis was about to graduate from Lone Peak High School when he died.  While he had struggled with depression and a personality disorder in the past, his family believed he was finally starting to find happiness and success.

Jonny Ellis’ parents had spent more than a year working with their son at home, in counseling and in hospitals.

“We saw the signs and did everything,” Ellis explained. “We don’t regret anything we did.”

The couple attended Monday night’s meeting, in hopes it would highlight the need for more communication between parents and their kids.

"It doesn’t matter what clique or social group you’re in. Everyone needs to know that they have such great worth, and that they're all important," said student Abigail Hadlock.

It’s been years since the high school has hosted a discussion similar to Monday’s meeting, however, they could be held more regularly in the future.

If you would like more information on suicide prevention, please visit Hope4Utah.com.