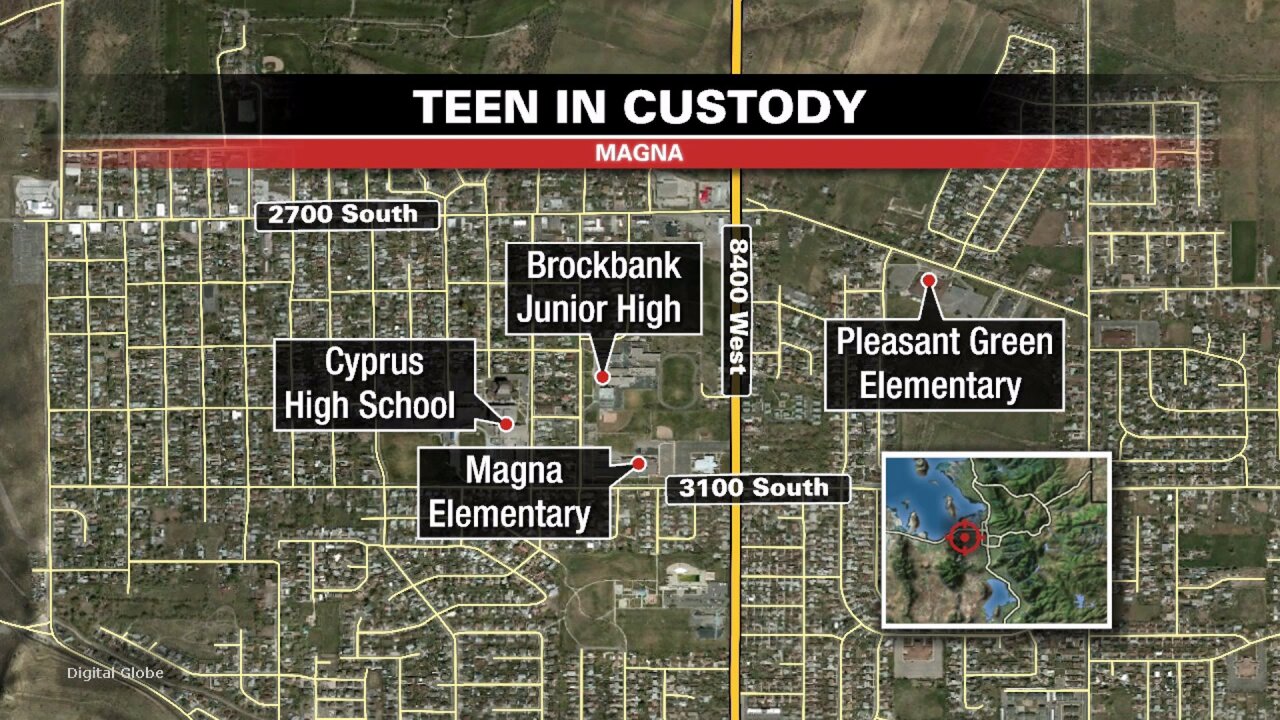 MAGNA, Utah – A 14-year-old suspect surrendered to police Tuesday afternoon after a search that prompted four Magna schools to go on lockdown.

Brockbank Jr. High was placed on lockdown after police received a report that an armed juvenile was spotted near the school.

According to the Unified Police Department, the teen surrendered to police near 8400 W 3100 S.

Granite School District officials said the weapon the teen had been spotted with was confirmed to be either a toy or a facsimile.

Lt. Justin Hoyal, UPD, said the teen has not been involved in any previous crimes Tuesday that they know about.

Police have confirmed that the weapon was a facsimile or a toy gun that looked real. We clearly have to treat any potential threat seriously

Lockdowns are precautionary measures as police locate a suspect in the neighborhood near the schools. No direct threat to students