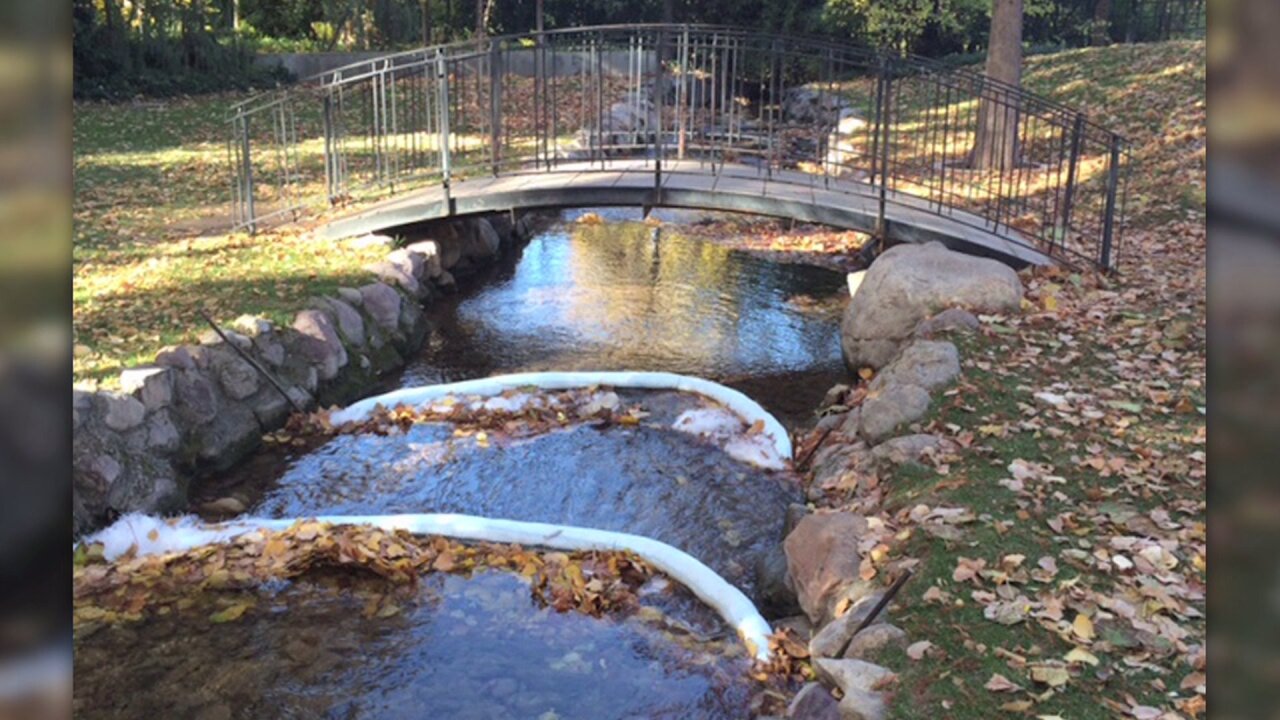 SALT LAKE CITY – Authorities are investigating a mystery substance that has appeared in Red Butte Creek.

However, officials said the gunk that looks like oil actually is something else.

The photo above shows booms set up along Red Butte Creek near 1150 E. Harvard Ave.

Crews are now removing the booms after determining the unknown substance isn’t oil.

Homeowner Marina Riedel  said a construction crew first noticed the murky development while working on a project at a nearby LDS church.

Officials have not confirmed where the unidentified goo came from at this time.

Crews have taken samples to investigate.