Scientists working on bomb sniffing device at U of U 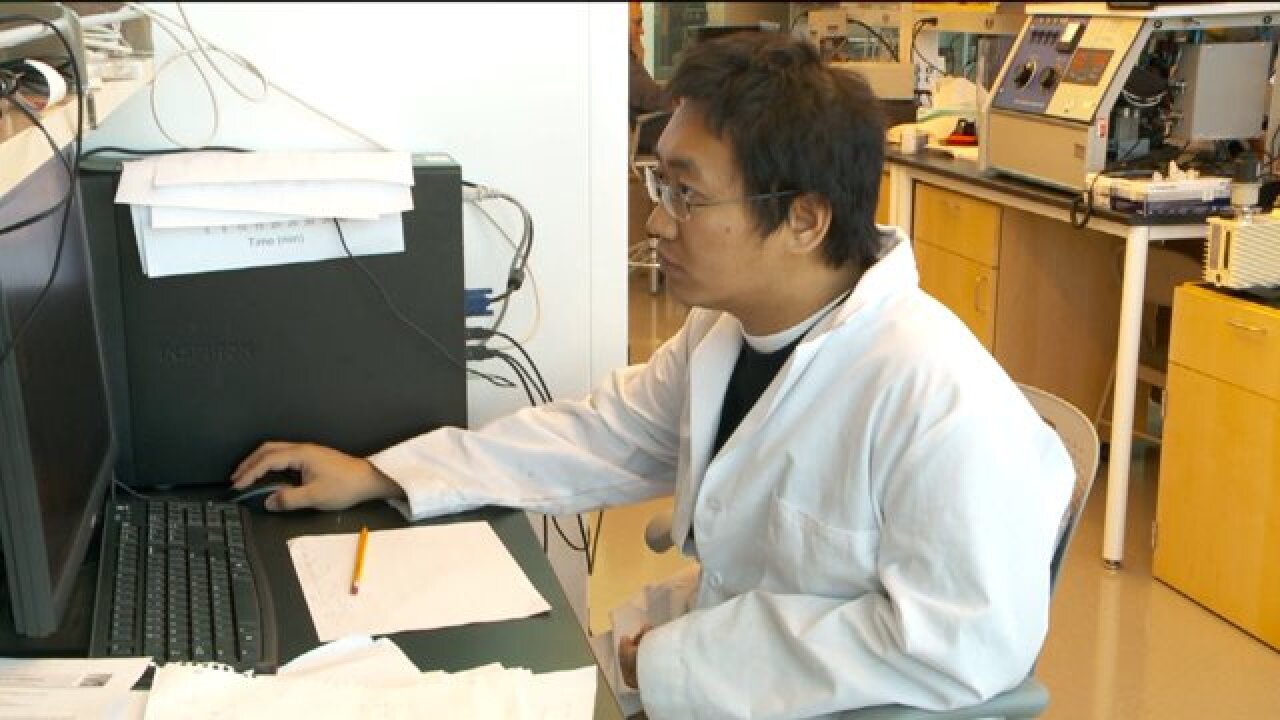 SALT LAKE CITY -- Whether you know it or not, nearly everything has a scent and some are more powerful than others.

When it comes to warfare and terrorism, you might be surprised to learn that many explosive or toxic devices have little odor, and some are undetectable until it's too late.

“Explosives has always been something that's difficult to detect,” said Paul Slattum, who is a scientist visiting the University of Utah.

But scientists at the University of Utah are making progress. They are developing a tiny device that could be placed almost anywhere and that functions like an improved version of the human nose.

It is able to detect and identify microscopic particles in the air.

“Every one of these little fibers has about one one-thousandth the diameter of a human hair, so they're very, very small,” Slattum said.

The technology involves nano-fibers and molecules.

“When an explosive lands on the fiber, it will change the current that runs through it in the electrode,” Slattum said.

Ling Zang, a materials science and engineering professor at the U of U, spoke about the device’s real world potential.

“Especially when you see the transfer from the lab to real devices, which can be used in real application to save lives, to make the nation safer, to make the people feel safer, you feel excited,” he said.

It's nearly impossible to explain 10 years of research and development in a news story without defining hundreds of technical terms, but the motivation behind the device is something most everyone can understand. Zang said the events of 9/11 had an impact on him.

“I saw the smoke flying up in the sky; the whole city went into chaos immediately,” he said.

Zang is now a professor and scientist at the University of Utah, but on September 11, 2001, he was at Columbia University in New York City.

“That moment you feel something, you should do something you can do potentially to improve this kind of security,” he said.

The bomb sniffing devices are still in testing stages, but could someday be used to detect explosive devices and even chemical weapons remotely.