U of U hosts day of engineering for Girl Scouts 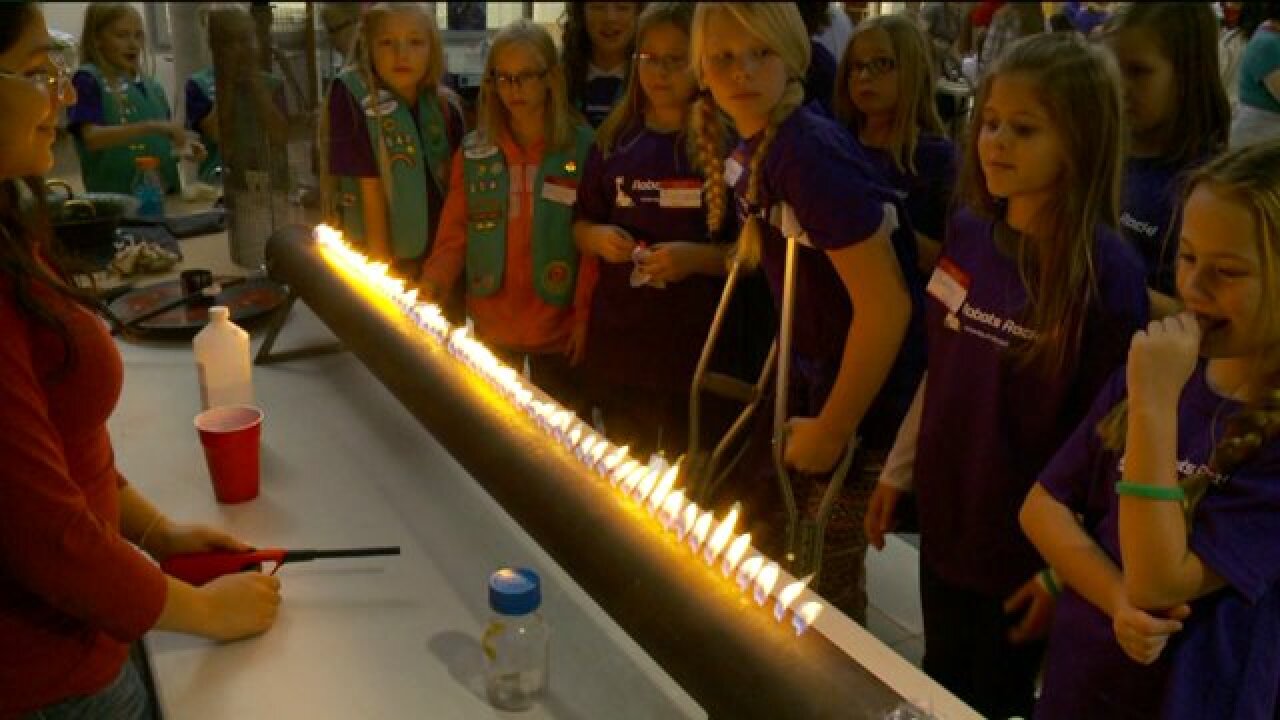 SALT LAKE CITY -- GoldieBlox is a new engineering toy for girls that aims to break stereotypes; the creator says there are very few toys on the market for girls that foster critical skills like science.

Friday night, a group of young girls in Utah got a chance to do more than just play with Barbies. They were taken on a field trip to the University of Utah to learn how to make robots.

As part of the State's STEM (Science, Technology, Engineering and Math) program, the U of U plays a big role in educating people about science and engineering. Friday, it was a group of Girl Scouts who got to see and experience things they've never done before.

"I think it's really cool," said Chasee Tripp, a Utah Girl Scout who took part in a fun event at the U of U to learn about engineering.

Elen Droitn said, "I've never really done something like this, but I think it's going to be a fun experience."

"We get to go and build robots, connect the cords to see if it moves, like bugs," said Lexi Spencer, another Girl Scout who took part in the event.

The U of U's Society of Women Engineers said the Robots Rock Junior event is vital in helping mold the future workforce.

"It's really important to get them involved young and to get them really excited about science and engineering," said Stephanie Lietzke, the Outreach VP for the Society of Women Engineers at the U of U.

The Girl Scouts of Utah said bringing their troops to the U of U's event exposes them to world they never knew existed.

"It helps the girls to see that science isn't scary, it's a great opportunity for them to learn about their future careers," said Shari Solomon-Klebba, the Program Coordinator with the Girl Scouts of Utah.

So far, some of the young girls are seriously considering careers in engineering.

"I love it, and I kind of wish I can be an engineer," said Chasee Tripp, who is only 9 years old.

Alana Simister is still tinkering with the thought of science. At 8 years old she's got a few ideas about where she sees herself 10 years from now.

"Probably like something to do with animals and engineering, it's pretty fun, I might want to do with that too," she said.

The girls took part in hands-on demonstrations including robot programming and building magnetic motors. This marked the fourth year the Girl Scouts of Utah have taken part in this event.