Mother blogged about son with autism before throwing him off bridge 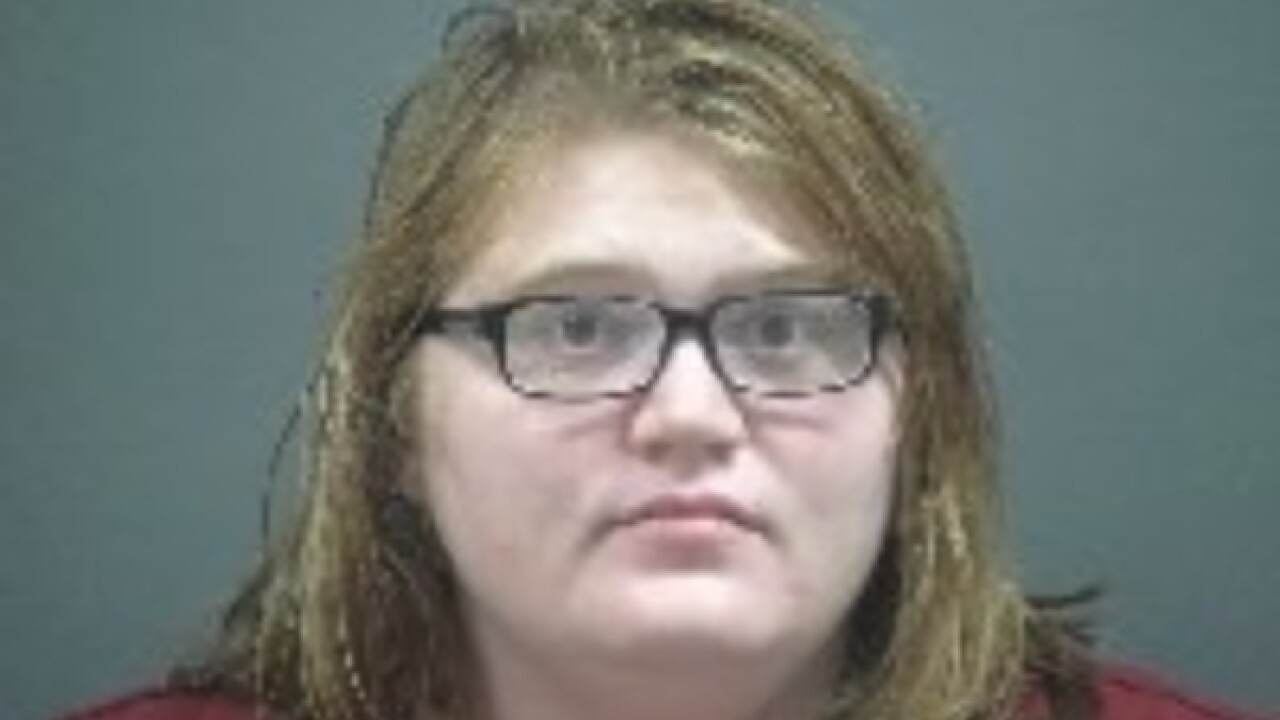 LINCOLN COUNTY, Oregon – She called him her little Ewok.

Six-year-old London had severe autism, according to an archived blog that his mother, Jillian McCabe, appears to have written in 2011 and 2012.

She chronicled what it felt like to realize something was wrong when he was a baby.

He wasn’t reacting when he heard his name. He didn’t show affection or interact. He was missing milestones. When the diagnosis came, she and her husband, Matt — according to their own social media writings — devoted their lives to their son.

“I’m trying to hold it together,” Jillian said in a YouTube video that was posted on her Facebook page but has since been taken down. “It’s really hard. I’m losing it a lot.”

Monday evening, the 34-year-old mother walked onto the Yaquina Bay Bridge in Oregon carrying her son, police say, and threw him into the frigid water.

“I just threw my son over the Yaquina Bay Bridge,” Jillian McCabe told a 911 dispatcher, according to a probable cause affidavit.

His name is London, she said, and then she began describing her boy in detail, including the clothing he was wearing, according to the document.

She gave his date of birth, her name and date of birth. She described herself. At the end of the call, she said there was a police officer standing with her on the bridge.

According to the affidavit, several officers said they heard her saying she’d thrown her son off the bridge.

She was charged with murder and manslaughter and did not enter a plea.

Her next hearing is next Wednesday.

A judge set her bail at $1 million.

CNN has left phone and email messages with her attorneys and has not received a response.

In the YouTube video, Jillian McCabe said she thought about pulling a “Thelma and Louise,” referring to the movie about two women who drive off a cliff to escape their problems.

Her brother-in-law Andrew McCabe told NBC News that she had been “hearing voices” and was supposed to see a doctor to adjust her medication on Tuesday — the day after London died.

NBC also reported that relatives say McCabe endured mental illness for two years and buckled under the weight of caring for her son and her husband.

“We learned just yesterday that Monday morning Jillian expressed to her counselor that she was hearing voices again,” Andrew McCabe told NBC. “The counselor suggested that her medication needed adjusting and set an appointment with a doctor, for the next day.”

He said that Jillian McCabe sought but did not get services that she needed, and she tried to kill herself numerous times.

CNN cannot independently confirm what the family has told NBC.

In her archived blog, posts describe what it was like to raise London.

One post praises a teacher and therapists who helped the boy in 2012 make strides like washing his hands and drinking out of a cup without a lid.

“Mr. Doom and I are parents of a non-verbal child with severe Autism who has seizures. We live, breathe and see a world that is different than yours. The word ‘Autism’ is sure to be a powerful repellant to any of your party guests; all of our conversations will surely be awkward ones and will include things like sensory tools, therapy sessions and weighted blankets.”

“I think the parents of Autistic children often stick together: Matt and I isolate ourselves a lot and stick together. We can’t really explain accurately to others our experiences. I think the worst thing that Matt and I are going through as parents is the comparison to other children in our family and in our lives. We can’t help but to compare London and all it does is tear us up inside, but it is like something we cannot control.”

“Family gatherings are hard. It is sad when the other children are running and playing together or when they are being held and engaged by other adults; London just sits alone in his own world. Christmas is particularly heart breaking because he doesn’t understand that you need to open a present to find a treasure inside, nor does he understand the treasure. It’s hard to watch other children rip open their presents excitedly while London sits near his still wrapped gift.”

“We feel awkward because London is acting awkward and everyone else in the room senses the awkwardness. We in turn feel bad for creating a scene or ruining someone else’s time. Even worse, we feel broken because London isn’t even aware that it is Christmas. We can only wonder if he will ever appreciate a present or how many years will pass before he does.”

London’s killing has sparked strong emotions, particularly from parents of disabled children and those who have autism.

Many want the focus to remain on London, not his mother. Some are tweeting at #justiceforlondon.

“His name was London McCabe and he deserved better than to be murdered by (being) thrown off a bridge,” Sharon McDaid tweeted.

“Killing your child is not a breakdown, it’s murder, many parents have breakdowns & never resort to murder,” Kimberly Faith posted.

A nonprofit national group whose members have autism, the Autistic Self Advocacy Network, urged “vigorous prosecution” in McCabe’s case, according to a statement. “London, and not his mother, is the victim of a terrible crime,” the statement read.

President Ari Ne’eman told CNN that all too often the killing of children with disabilities is blamed on stress that caregivers are experiencing.

Media and others should be careful, he said, about framing disabled children as a burden.

Doing that can inspire copycat killings, Ne’eman said, noting that the organization has several members who have been abused by their caregivers.

The organization stages a Day of Mourning in the spring during which names of disabled people killed by caregivers are read aloud.

London’s name will be added to the list, said Ne’eman.

“We need to see images of London smiling, having fun,” he said. “We need to look at this case, first and foremost, as the murder of a 6-year-old boy.”

Anna Bullard, a Georgia mother of an adopted daughter with autism, who advocates in state government for more services for parents like her, says she has trouble feeling sympathy for Jillian McCabe.

“When she was diagnosed, doctors told me she had no skills whatever,” said Bullard. “I could imagine nothing except spending my life trying to get her what she deserves.

“We all have points in our life where we have to ask for help and that’s just what you have to do,” she said. “I don’t know if that’s the case here. No one knows. But you find a way. You find a way.”