U of U researchers using magnetic stimulation to treat depression 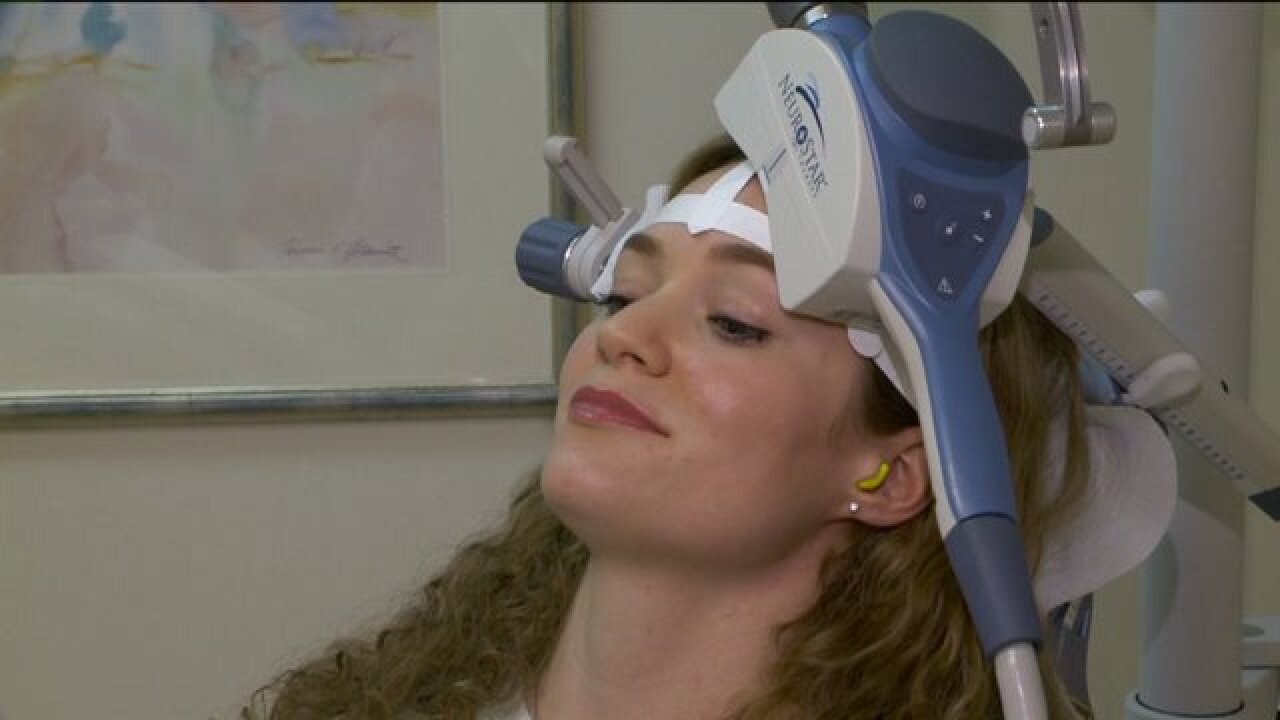 SALT LAKE CITY -- A breakthrough treatment for clinical depression was developed in part by a psychiatrist and researcher at the University of Utah.

More than 14 million adults suffer from depression in the United States every year, and Dr. Howard Weeks of the University of Utah said it’s a serious problem.

“The cost of untreated depression, or poorly treated, or resistant depression in the United States, reaches billions of dollars a year from lost productivity and inability to work in people's lives,” Weeks said.

Statistics indicate that about half of Americans who are depressed do not get treatment and half of those who are treated are what Weeks calls resistant to medication.

Katie Haslam is one of Weeks' patients who is currently undergoing TMS therapy. She comes in several times a week for a non-invasive outpatient session that lasts for about an hour.

Haslam said she has struggled with depression since age 10 but was somewhat skeptical regarding TMS.

She said: “...And I’m like, ‘Oh no, one of those holistic magnet weird things!’ But it turned out not to be that, of course, and I thought, ‘Well, I’ve been on every medication, why not give this a try?’”

Haslam said the difference between her life before and since starting treatment is like night and day.

She said: “Oh! I am so different, OK! Compared to five years ago, I was like, I could barely even leave the house, like if I went somewhere it was cause for celebration... And now, I am always out and about, I am so happy, I can just do so many things… Now I can live a normal life, be happy, and go and do things, and not be held back by this disease.”

Weeks said depression has no cure, but he said he hopes this breakthrough will lead to others that could revolutionize the way it is managed and treated.

He said: “Can we get to the point where we can make it more effective, therefore maybe you wouldn't have to use medicines in patients who are more treatment resistant? Certainly it’s a possibility. Certainly from my standpoint as a psychiatrist, my goal’s always to have people on the fewest number of medicines and functioning very well as we can.”

TMS therapy is FDA approved, and national research indicates two-thirds of patients who undergo a long series of treatments see positive results, and nearly half of those treated said their depression is gone completely.